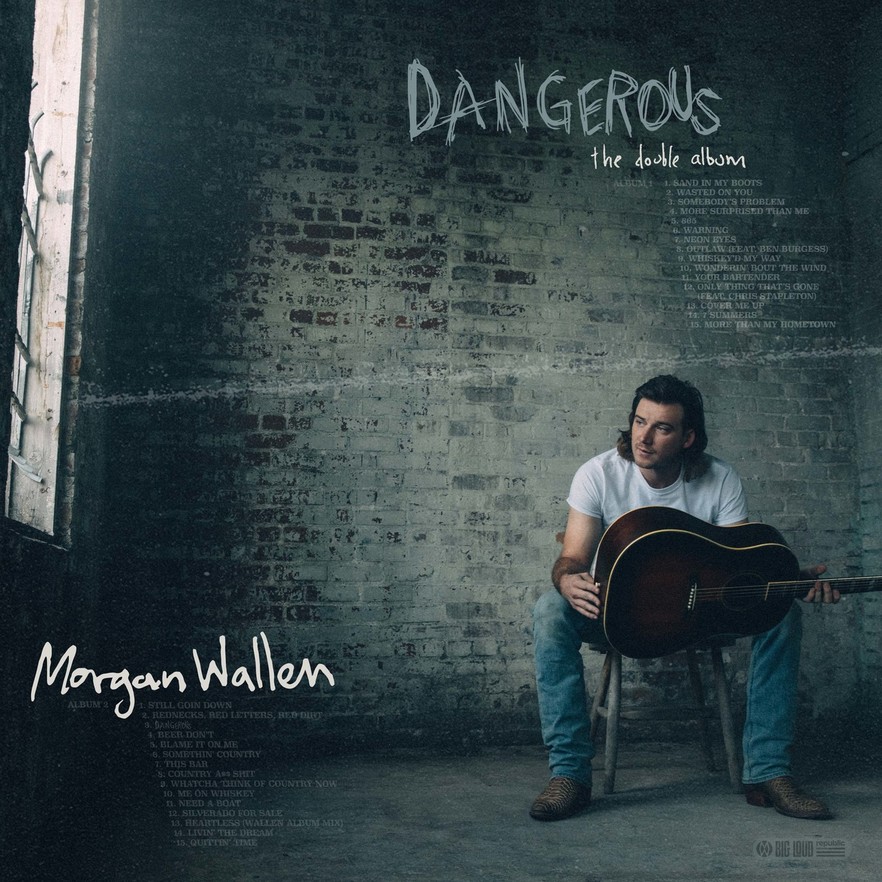 Morgan Wallen is born to a preacher and very early in life took piano and violin lessons. Wallen also played baseball but then he moved towards music after sustaining an injury in a baseball tournament. In 2014, Wallen competed in Season 6 of The Voice but then he lost it.

He grew up in Appalachia and perhaps thus, his voice holds the unique beats of the Appalachian mountain. Even after facing a few initial hiccups, Wallen did not give up and this determination to win one final time moved him to Nashville in July 2015. All he wanted was to give his dreams one straight shot, a carefully planned shot that he hoped would work for him well.

His efforts soon bore fruit and in less than a year, Wallen got a recording deal with Big Loud Records. Some initial tracks were recorded by him with producer Joey Moi (from Florida Georgia Line and Jake Owen fame). Soon he was on the roads for his first promotional tours.

Does it seem like he reached there all too soon?

Even though it might seem so it is not that way for it took some time for him to reach where he walked up. Born in Seed rock Tennessee, the boy knew he was in the lands where the most famous bluegrass singer Jimmy Martin was born.

His father was a hard rock lover and a very devoted Christian teacher. Wallen showed his musical interests quite early in life. Singing for the choir at an early age of three and asking a violin for a birthday gift at the age of five clearly showed he knew what he wanted from his life quite early. He further added a piano and then a guitar to his collection, and all this while kept thinking he could never make it where he wanted to be.

Wallen admitted that even though he was just three hours away from Nashville, he was clueless about the musical world and its ways. Instead of listening to his heart, he listened to something else. He drifted towards baseball and slowly gained fame in it.

Soon after he graduated, Wallen was offered a position t play for a major college. Once when pitching for his team, pop in the elbow got him to the surgery room, where underwent a tendon replacement surgery.

But though he could play his guitar and piano he was no longer able to play baseball again. It was a dead-end for him and that’s how fate forced him to turn towards music. Looking back at what happened from where he stands now, he finds it the right things to have happened to him. Had it not happened he wouldn’t have known he loved music so much and that he just wanted to do music?

He was not choosey about music and ended up liking everything- hip hop, country, and even rock was fine for the young lad. Soon, Wallen discovered that writing music was a way to his feelings; it was this emotional connection that he started experimenting with.

His participation in the auditions for NBC’s The Voice rather turned out a blessing than a hiccup as it seemed from far. His mother had convinced him to participate in the show and the last song he performed on the stage, was Georgia Line’s “Stay.” This song helped steer his destiny towards his stint with country music.

During his stay in California, he met Sergio Sanchez, the lead singer, and writer of Atom Smash, a hard rock band.

The duo started writing songs together and moved to Nashville soon after. Big Loud Music signed Wallen for both their label and publishing company. Meanwhile, he kept shedding for the songs written by him.

An EP with Panacea Records with Sergio Sanchez of Atom Smash in 2014 was followed by If I Know Me with Big Loud Records from 2016 to 2019 put him on track.

Some of his songs made it to the top like 7 Summers and did very well. He also released a double album, Dangerous, set for release on 8th January 2021. He had to face public backlash when during the COVID-19 pandemic, he was caught partying in a bar in Tuscaloosa, Alabama.

But despite all of it, his music is reaching its heights and the thin wispy words are making rounds in strange neighborhoods now and then. Surely someday, he would have a way of his own, and that would be his own.