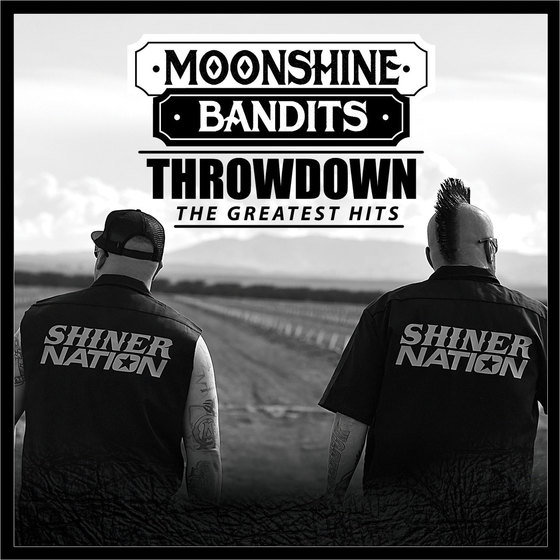 Since the release of their genre-blending album, “Whiskey & Women,”
the California-based band have taken the world of outlaw music by
storm. The group’s blue-collar work ethic and unwavering persistence has
led to hundreds of millions of streams on all digital platforms, over
100,000 subscribers on YouTube, and over 400,000 fans on Facebook.
Moonshine Bandits’ greatest hits follows the group’s chart-topping #1 Billboard album, “Baptized in Bourbon.”

Connecting with fans on all levels, Moonshine Bandits have built a
solid “Shiner Nation” of loyal fans by consistently touring from
coast-to-coast performing more than 100 shows a year. Their popularity
continues to grow as evidenced by their sold-out live performances,
chart-topping album releases and escalating social media presence.