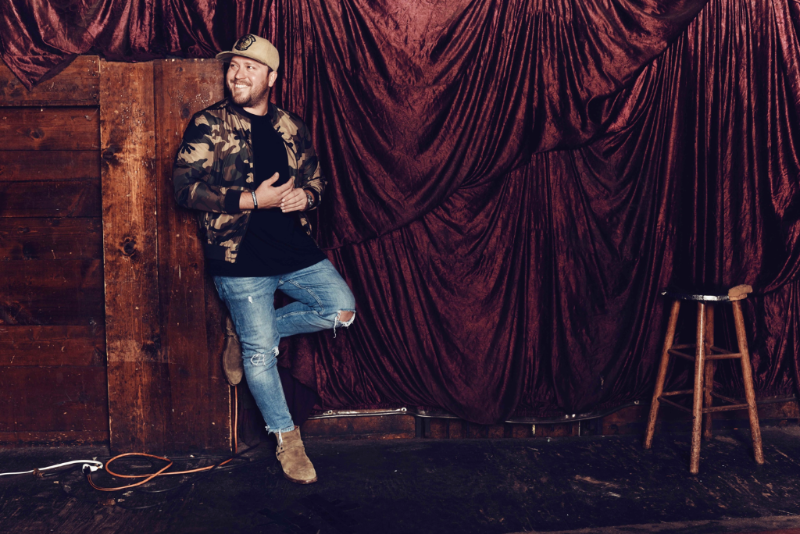 This week’s second-highest charting non-seasonal country album, Telling All My Secrets claims No. 5 on Billboard’s Top Country Albums chart (total album equivalent consumption) and No. 1 on Nielsen Music’s
Top Current Country Albums chart (traditional album sales). Released on
December 14, Tenpenny’s album features the Gold-certified #1 airplay
smash “Drunk Me,” which was lauded by the New York Times as one of the Best Songs of the Year (all genres) and made multiple Amazon Music “Most Played” and “Best Of” year-end lists. Telling All My Secrets is available to download and stream HERE.

“What an incredible gift I received on Christmas Eve,” remarked Mitchell
Tenpenny. “I was so pleasantly surprised with the news that Telling All My Secrets debuted on the Billboard album chart in such a huge way!

Tenpenny emphasized, “I can’t say this enough: What’s happening in my
life right now is something I’ve always dreamed about! I have to thank
the producers, co-writers, musicians, engineers and mixers on the album,
as well as my incredible fans, friends, band members, management,
booking agency, record label and publishing company team members.” He
added, “I also send a special shout out to country radio, brand
partners, music industry supporters, media critics and other artists who
have embraced what I do.

“From the bottom of my heart, I appreciate you all for changing my life in 2018!”

Growing up on Music Row under the watchful eye of his grandmother,
industry veteran and first female CEO of Sony/ATV Music Publishing,
Donna Hilley, Tenpenny is no stranger to the Music Row houses where he
crafted his Riser House/Columbia Nashville debut album. The soulful
vocalist wrote 56 songs in preparation for the album narrowing it down
to 11 strong tracks, which include his No.1 hit, “Drunk Me,” and the
singer/songwriter’s next single, “Alcohol You Later,” due out in
January. (See complete track listing below.)

Mitchell Tenpenny, who recently made Pandora’s Artists to Watch in 2019 list and became a MusicRow 2019
Next Big Thing honoree, co-produced “Drunk Me” with Jordan M. Schmidt
and co-penned the song with Schmidt and Justin Wilson. Now totaling over
125 million streams, “Drunk Me” officially impacted country radio on
March 26, garnering 60 combined Billboard and Country Aircheck/Mediabase
stations. With 52 Mediabase adds, this cinched Tenpenny’s impact add
week total to be the best for a country debut single in two years. In
fact, the last country artist to achieve this many impact week adds was
Tenpenny’s label mate Maren Morris with her debut single, “My Church” in
January 2016. Upon its release, “Drunk Me” also made chart history by
achieving the highest entry ever for a new artist on Nielsen’s On Demand
Audio Core Country Streaming chart. The single debuted at No. 39 with a
total of 1.5 million streams.

Recently, Tenpenny announced taking the celebration of his album release
to the people who have supported him all along: the fans. His “Telling
All My Secrets Album Release Tour” launched December 8, in Rome, Georgia
and continues through February 1 with stops in 11 cities with special
guests, up-and-coming artists Adam Hambrick, Seaforth and Ross Ellis.
(See tour dates below.)

Following the conclusion of his “Telling All My Secrets Album Release
Tour,” Mitchell Tenpenny joins Old Dominion’s “Make It Sweet Tour” from
February 27 through April 27 as a special guest.

Telling All My Secrets Track Listing (with songwriters)

Mitchell Tenpenny is a rugged individualist who operates with confidence
in the space between contradictory themes. Multiplicity is also
reflected in his diverse musical taste and soulful vocal delivery, which
is gaining an ardent audience.An authentic, fearless songwriter and
performer, Tenpenny has toured with Maren Morris, Jake Owen, Brett
Young, Lynyrd Skynyrd, and Dustin Lynch among others, and hepenned the
Top 5 hit “If the Boot Fits” for Granger Smith. In January, Sony Music
Nashville and Riser House announced Mitchell Tenpenny’s signing to Riser
House/Columbia Nashville, as a result of a new joint-venture. Tenpenny
was the flagship artist for Riser House, founded by Matt Swanson,
Jennifer Johnson and Mitchell Tenpenny.   A month later, he released
hisRiser House/Columbia Nashville self-titled EP.