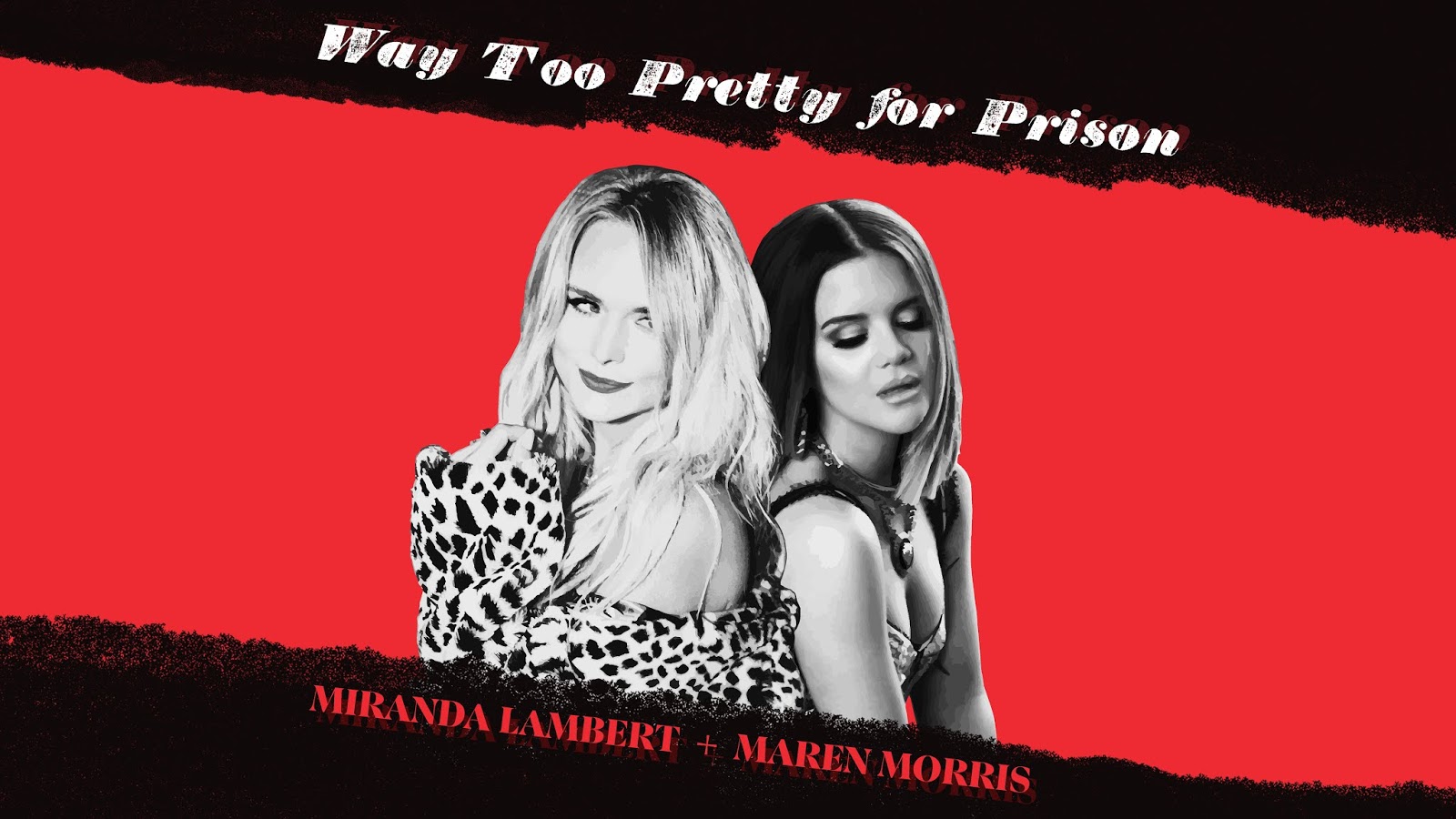 Miranda Lambert continues her hot streak leading up to her new album Wildcard, releasing today “Way Too Pretty for Prison,” her spirited collaboration with Maren Morris.

“Karen Fairchild and I were having a wine
night to talk about The Bandwagon Tour, and I always tell my friends,
‘Don’t leave if you’ve been drinking, because you’re way too pretty for
prison,’ ” said Lambert. “She got a ride home at the end of the night,
and the next day I had a write with The Love Junkies (Hillary Lindsey,
Lori McKenna, Liz Rose). I was telling them about our night, and that
conversation, and they said, ‘Well that’s what we’re writing today.’ I’m
so glad Maren joined me on singing this song. She sang her ass off and
it was so fun to have her in the studio.”

“Way Too Pretty for Prison” is the latest glimpse into Wildcard, which will arrive Nov. 1 on Vanner Records/RCA Nashville. Listeners can pre-order and pre-add the album to their collections now. The project also features “infectious” (Billboard), Top 25 lead single “It All Comes Out in the Wash,” as well as recently-released “foot-stompin’ barnburner” (NPR) “Locomotive,” “crunchy, frisky jam” (Stereogum) “Mess with My Head,” and “irresistibly catchy” (SPIN) “Bluebird.”

To
welcome the new artistic chapter, Lambert will hit the road for the
Roadside Bars & Pink Guitars Tour this fall, with special guests
Morris and Elle King, as well as Pistol Annies, Tenille Townes, Ashley
McBryde and Caylee Hammack on various dates (details here). Tickets are on sale now.

he most decorated artist in the history of
the Academy of Country Music, Lambert is the recipient of more than 70
prestigious awards and special honors: 32 ACM Awards (including 9 ACM
Female Vocalist of the Year Awards), 13 CMA Awards (Country Music
Association), 2 GRAMMY Awards, the Harmony Award (Nashville Symphony),
Artist in Residence (Country Music Hall of Fame), the ACM Gene Weed
Milestone Award, and several others.