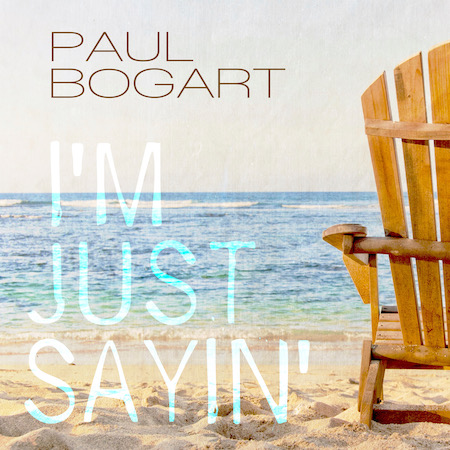 Escape to paradise with country neo traditionalist Paul Bogart in his new single, “I’m Just Sayin.’” This laid back, feel-good song is the perfect way to celebrate what’s left of Summer and Medium
offered fans a first listen on Thursday. Written and produced by Trent
Willmon with Jenee Fleanor and Buddy Owens, Bogart sings a light-hearted
love song about wooing a woman with a tropical getaway and it can be streamed here. The song has already received support on Apple Music’s The Sand Barplaylist and Country Hot Tracks as well as Spotify’s New Music Nashville.

“I
love this song! It is a groovy, good time, make you feel good, smiling,
summertime song. Trent Willmon produced it and the band knocked it out
of the park!” said Paul Bogart.

Paul
has recently been hitting the road hard, touring prominently in
Oklahoma, Missouri, Arkansas, and more with a show tonight at The
Grizzly Rose in Denver, Colo. His previous single, “Mothers and Sons,”
gained support from Spotify on their “New Music Nashville” playlist andTaste of Country called his song “When the Cowboys are Gone,” “nothing but authentic.”

Though his songs are fresh and he himself is young,Paul
Bogart is an old soul with a knack for capturing time-honored
traditions and summing up classic sentiments in catchy, three-minute
songs. Exuding sincerity and a rare, down-to-earth charm, he is, simply
put, the epitome of traditional country music. After nearly a decade of
writing, playing and touring, Bogart has begun pulling in big numbers in
every arena, literally. Whether it’s the main stage at the AQHA World
Championships with thousands in attendance or the social media scene
with over 3.5 million fans reached through all social video platforms,
lead by “The Cowboy Way” and “Cowboy Ride” with over 2.6 million views,
Bogart’s songs have connected with America’s Heartland in a real,
tangible way that modern country has perhaps missed. He released the
album Leather in 2017 which garnered critical praise for “grounding
itself in the foundations of country music fandom’s tenets of faith and
family.” (CriticalBlast.com) For more information on Paul Bogart, visit www.paulbogart.com.