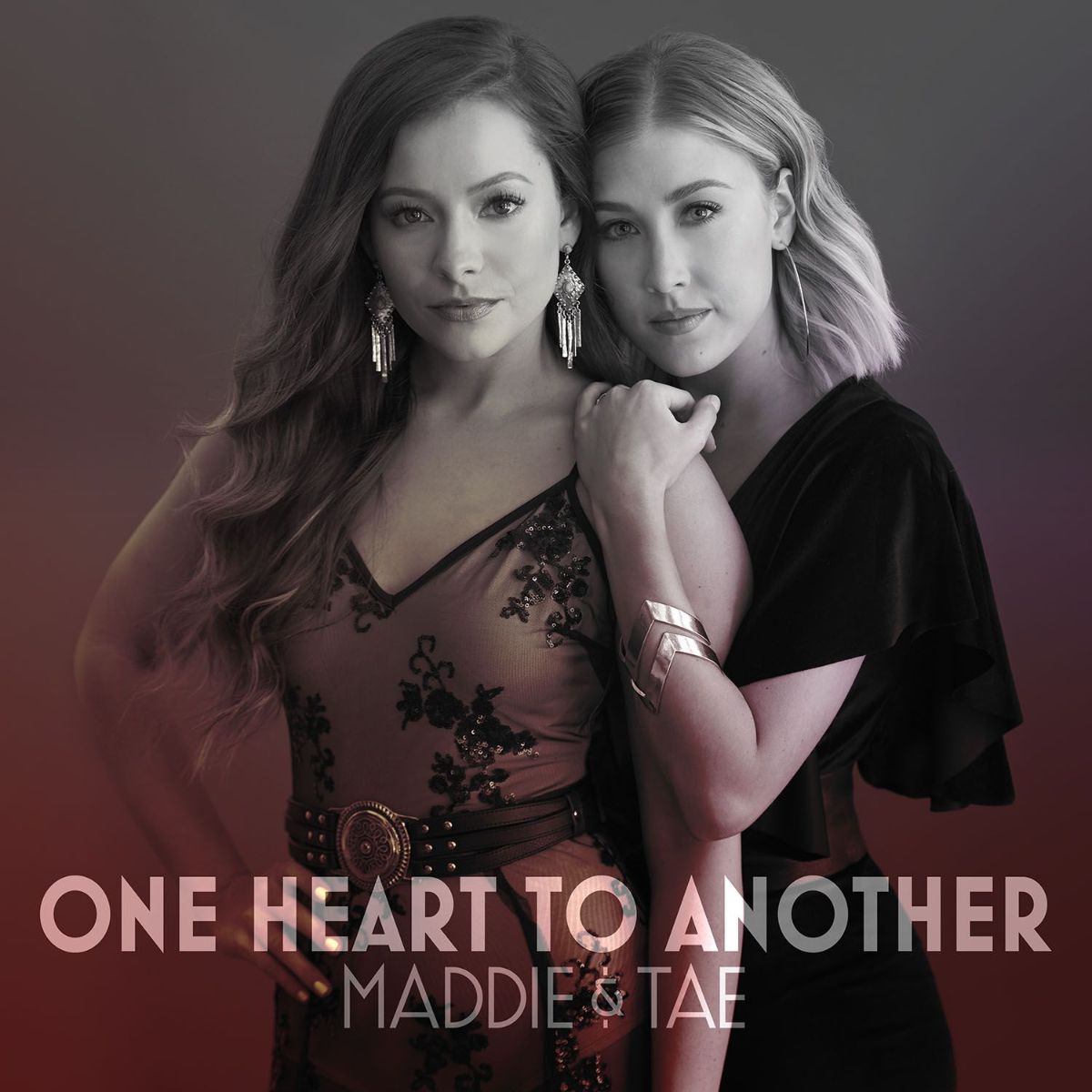 Maddie & Tae’s “One Heart To Another” Out TODAY

Platinum-selling duo Maddie & Tae are “setting the stage for a bright journey” (Sounds Like Nashville) with their eagerly-awaited new EP One Heart To Another (Mercury
Nashville), available today. Featuring five tracks, predominantly
co-written by Maddie & Tae’s Maddie Marlow and Taylor Dye and
produced by Jimmy Robbins and Derek Wells, the highly-anticipated
project represents stories of love, loss and redemption. Available here, the collection serves as a snapshot of more music to come from the award-winning duo later this year.

One Heart to Another offers the “confessional” (Rolling Stone)
“Friends Don’t,” the quickly applauded new single “Die From A Broken
Heart,” touting 36 million streams and fresh at country radio following
undeniable fan and critical demand – and the recently released “Tourist
In This Town,” a song Music Row praises for
its “spunk, vocal verve and tempo.” The swaggering kiss-off “New Dog,
Old Tricks,” a winking, hip hop-inflected anthem that marks the first
outside cut Maddie & Tae has recorded and vulnerable title track
“One Heart To Another,” round out the boldly honest collection, which
shows “a more sophisticated side” (Associated Press).

“The amount of gratitude I feel towards our fans is indescribable,” said
Marlow. “We’ve waited four long years to release new music, and so have
they. This EP is not only a collection of songs to us, but a reminder
that dedication, passion, and perseverance always pays off. This feels
so surreal, and it’s only the beginning.”

“This collection of songs is our unfiltered story and we’re so proud to
tell it,” adds Dye. “Over the past couple of years we’ve experienced
love, pain, redemption and everything in between. And we wouldn’t change
a thing.”

Up next, the duo is gearing up to bring their “signature harmonies” (Rolling Stone) on the road as part of Carrie Underwood’s Cry Pretty Tour 360, kicking-off next Thursday, May 1 in Greensboro, N.C. The tour will hit 55 cities throughout North America on its run.

Award-winning duo Maddie & Tae are drawing praise for their new
music “anchored around their stellar vocal pairings and some of the
tightest harmonies on Music Row” (Rolling Stone). “The sound is identifiable while still representing a distinct step forward” (Billboard),
giving fans a taste from their debut on Mercury Nashville, available
now. Maddie & Tae first broke out in 2013 with their brilliant take
down of bro-country, “Girl In A Country Song,” which took Country radio
by storm, skyrocketing to the top of the charts and quickly going
PLATINUM. The duo became only the third female duo in 70 years to top
the Country Airplay charts, also earning trophies from the Country Music
Academy and Radio Disney Music Awards along with multiple ACM, CMA and
CMT Award nominations. Receiving widespread praise from NPR, Billboard, Entertainment Weekly, The Washington Post, Glamour and
others, country music’s hottest stars including Dierks Bentley, Lee
Brice and Brad Paisley have welcomed Maddie & Tae on the road, with
Carrie Underwood recently inviting the duo out as direct support on her
2019 Cry Pretty Tour 360 kicking-off in May. For additional information,
visit www.maddieandtae.com.