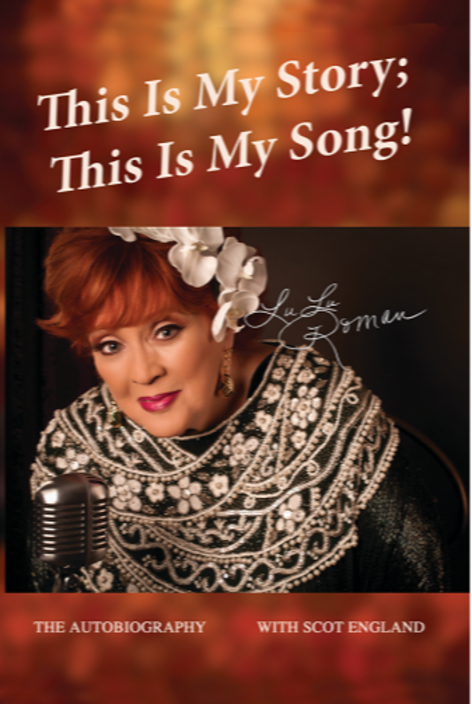 “HEE HAW’s” beloved redhead, Lulu Roman,is inviting  TV viewers to “bring your bib and come for breakast” with she and former Governor Mike Huckabee via the twosome’s chat  about her new book and ‘all things Lulu’  being shared over delicious home cooked country ‘ vittles on “Huckabee.” this weekend.

.Viewers
will imagine  the tempting aroma of  true southern cooking with Lulu
and the former Governor. The interview segment is part of the program’s
“Diners & Dives” feature which is filmed onsite at authenic ”
southern home cooking” eateries around Nashville. For her AM “Huckabee”
feast, Lulu chose her own real-life  favorite “chow down” hot-spot ,
“Granny’s Kitchen” in Mt. Juliet, TN.

Between
bites of country ham and biscuits and pan fried catfish with all the
fixins, “Huckabee” viewers will share memories with Lulu of this year’s
celebration of the 50th Anniversary of “Hee Haw”--the
program that made her a beloved household name to millions of  TV
viewers in its’ original national run on CBS-TV from 1969 to 1992.

This year Lulu also celebrated the release of her much anticipated new autobiography, This Is My Story, This Is My Song, released
this summer by England Media in hardcover edition with a lavish spread
of more than 200 photos. In addition to giving readers an all- access
pass behind the scenes at “Hee Haw,” the book recounts the heartfelt
personal story of the little orphan girl who grew up to find God in the
midst of heartache, while becoming loved as “family” to the millions of
TV fans she brought laughter to.

High, too, on the recent career list of “all things Lulu” is the
announcement of her return next year  to the 2020-2021 edition tour
schedule of  “Remembering Hee Haw,”  for which concert
dates are already being set.  Fueled by current top “Hee Haw” ratings
with national audiences on RFD-TV,  this year’s road date series with
cast mates Jana Jae, Buck Trent and Misty Rowe proved to be real
audience pleasers as the music and comedy fun of  the legandary
“cornfield” antics reached yet another enthusiasic generation of both
old and new fans.

Next year’s concerts will include some new, familiar faces popping up with Lulu amid the cornstalks. T. Graham Brown and Irlene Mandrell are both set for select dates to round out the 2020 cast.