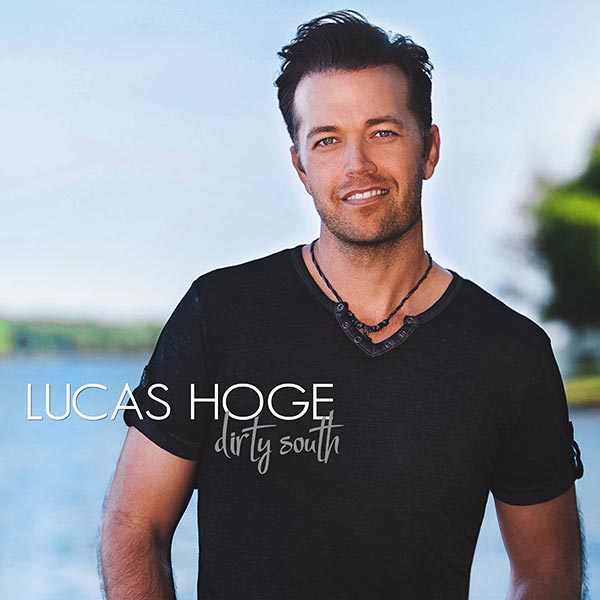 ALBUM LANDS AT #5 ON BILLBOARD TOP

As reported Monday in Music Row, the up-and-coming artist
made an impressive debut last week at #3 with pre-sales, and has now
made the climb to #1 this week just ahead of Chris Stapleton, Lady
Antebellum and Joe Nichols.

Best known as host of Animal Planet’s Last Chance Highway,
Hoge has made the transition into budding country star look easy. With
his new single spinning on radio stations from Albany, NY and Orlando,
FL to Monterey, CA and a #1 best-selling album to his credit, a humble
Hoge is taking it all in stride.

“This experience has been so amazing and I can’t thank everyone
enough for the support,” shares Hoge. “Purchasing music is one of the
biggest compliments you can give to an artist, knowing people enjoy my
music is so fulfilling!”

Hoge’s Dirty South Tour is equally impressive with stops at
several iconic southern destinations just around the corner, with
appearances at Sun Records in Memphis, The French Quarter in New
Orleans, the Florida Everglades and Lookout Mountain, to name a few.

The video for “Dirty South” made its world premiere several weeks ago on CMT Music, and holds in the Top 10 on the CMT 12 Pack for the 2nd consecutive week, while Hoge was recently named one of Rolling Stone Country’s “10 New Country Artists You Need To Know.” He was also named NRA Country featured artist for the month of July.

Longtime brand ambassador for Cabela’s, Hoge also has a longstanding
relationship with Wrangler National Patriot and was recently brought on
board with Hero Outdoor Products.

With all the buzz surrounding his new release, it is clear Hoge is a star on the rise.

Rebel Engine Entertainment artist Lucas Hoge rose to national fame as a star of Animal Planet’s Last Chance Highway. Hoge’s disarmingly charming personality made him a favorite with viewers and TV bookers, which led to appearances on NBC’s Today show, Inside Edition and The Daily Buzz,
to name a few. As a music ambassador for Cabela’s, Hoge is in good
company alongside fellow music ambassadors Luke Bryan and Justin Moore. A
passionate supporter of the U.S. military, Hoge has traveled the globe
extensively performing for the troops visited numerous countries
throughout the Middle East and beyond for the past 8 years as part of
the Wrangler National Patriot Tour. Hoge is also the celebrity
spokesperson for Guardian Angels For Soldier’s Pet. His single “Boom
Boom” spent an unprecedented seven weeks at #1 on the CMT Music 12-Pack
Countdown. Hoge is currently visiting radio stations nationwide in
support of his new album and title track, “Dirty South.”