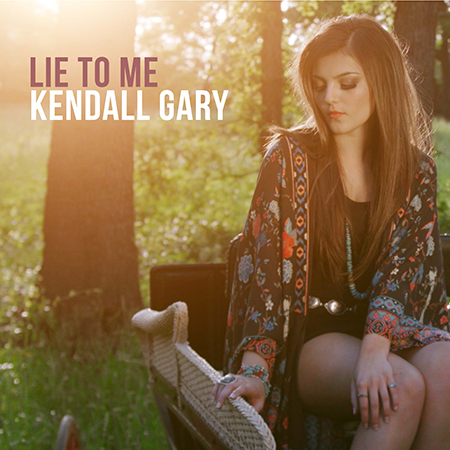 “Lie To Me,” an Emotional and Heartfelt Self-Penned Ballad by Kendall Gary, Released in Advance of Full Length Album Coming This Fall

NASHVILLE, Tenn. (June 4, 2018) – Country artist Kendall Gary announced the release of her emotional and heartfelt ballad, “Lie To Me,”
available today on all digital music platforms. The self-penned single
was premiered as an exclusive first listen for fans on Country music
news outlet Country Music Tattle Tale. The new tune is available for download on  Amazon Music and iTunes and can be streamed on Spotify.

“’Lie To Me’ is a song anyone can understand and relate to if they have
been in any type of relationship. I remember having to dig deep and
remind myself of relationships or friendships that I had, where someone
had lied to me. It is probably the worst feeling and fear, being lied
to,” said Kendall Gary. “The point of view of the song is when you have
reached your limit, no matter what they say won’t fix it, and you have
to move on.”

“There’s a fresh face that keeps popping up in the world of country
music and she’s as fresh as a morning dew drop on a daisy!” Calamity
Annie, Country Music Tattle Tale.

The song will also have an accompanying lyric video and full length
video, which are both scheduled for digital release in the coming weeks.
In March of 2018, Kendall released her first single and music video,
“Head Held High,” and is showcasing select new singles up to the release
of her full length album, which is expected to be delivered in early
Fall 2018. Keep up to date with her music on her website, www.thekendallgary.com, and follow Kendall on Facebook, Twitter, Instagram and YouTube.

Ambitious, charismatic, country music recording artist Kendall Gary
is a singer and songwriter from Lewisville,Texas. Born with talent, she
began her music journey from the early age of four when she started
singing and taking voice lessons with a classically trained opera
singer. Traveling the world for the first nine years of her life, she
expanded and experimented with many genres that inspired her before
finally pursuing country as her own genre. “Crooked Smiles” began the
journey in 2013 and Kendall has released new music in 2014, 2015, and
2016. Kendall has performed at the House of Blues, AT&T Cowboy
Stadium, Hard Rock Café, and Six Flags, just to name a few. In March of
2018, Kendall released her newest single, “Head Held High,” premiered
exclusively by Nashville Noise. Her full length album which is expected
in early Fall 2018. Keep up with Kendall on her website at www.thekendallgary.com.