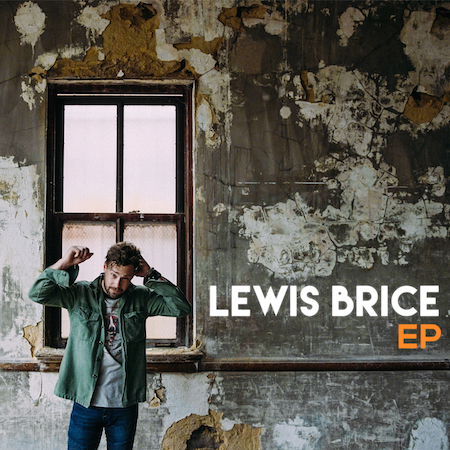 NASHVILLE, Tenn. (July 14, 2017) — Lewis Brice
releases his first nationally-distributed EP today. The high energy
country rocker has hit the ground running, visiting with all major radio
networks in Nashville and media outlets across the board while
preparing to embark on radio and media tours from coast to coast. The
new EP, released on Pump House Music through a venture with Straight 8
Entertainment and Kobalt Music Recordings, is available today and can be found at listeners’ digital retailer of choice and at lewisbrice.com.

The first single, “Best Ex Ever,” is approaching 400,000 streams on Spotify
while “Messin’ With My Mind” has surpassed 200,000 in less than two
weeks and is featured on the “New Boots” and “Wild Country” playlists.

“Lewis
Brice has picked a winner as his first single right out of the box.
Congrats to him, I am looking forward to his bright future!” Nash Nights Live’s Shawn Parr.

About Lewis Brice
With a sound rooted at the intersection of country, rhythm & blues and southern rock, Lewis Brice
comes at you with high-energy stories, sounds that catch the ear and
beats that make you want to move. Born and raised in Sumter, South
Carolina, he grew up singing in church choir and praise bands.
Throughout his career he has spread his music in front of attentive
audiences and continuously grown a strong fan base while playing shows
with many talented artists he admires such as Lee Brice, Randy Houser,
Jerrod Niemann, The Cadillac Three, Chase Rice and many more.

Lewis
made headlines with 2010’s “Ordinary Girl,” co-written with Dallas
Rogers, which made a small window on the Mediabase charts and reached
#67 on the iTunes Country Music chart. He appeared in CMT’s first season
of “Can You Duet,” coming in 8th place out of the thousands who
auditioned. Additionally, Lewis took on the lead role in the 2014 ACM
Song of the Year music video for “I Drive Your Truck,” performed by his
brother Lee Brice.