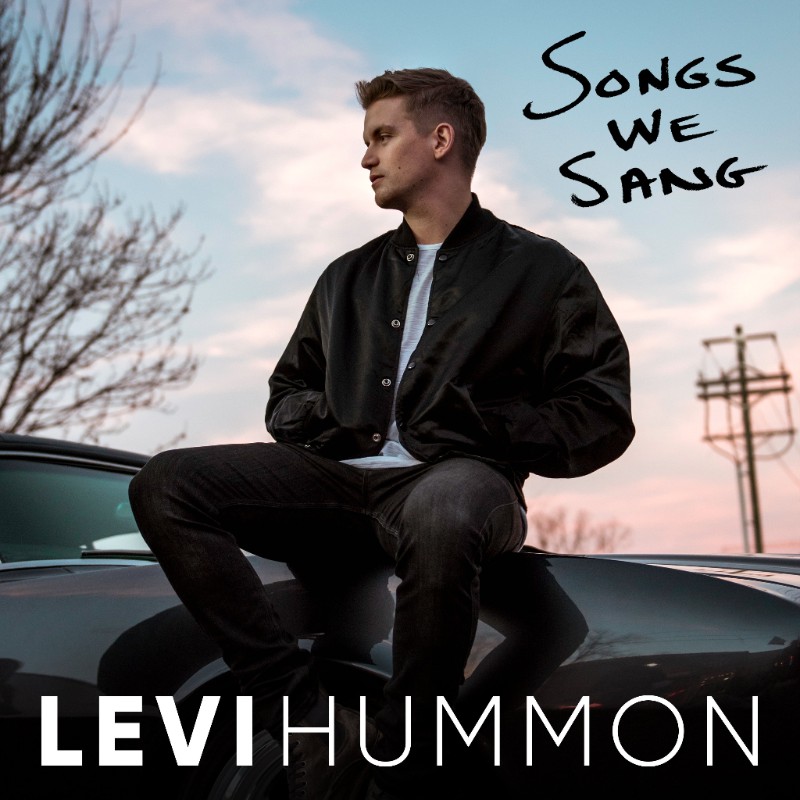 Marking the ONLY Charting Song by an Unsigned Artist

NASHVILLE, Tenn.
– Memories of the past often fade over time, but not the “Songs We
Sang.” A native son of Nashville with a distinguished musical pedigree,
singer/songwriter Levi Hummon taps the connection we
have to songs that stay vibrant long after lesser details wilt with time
with his thoughtful new single.

“Songs We Sang,” with its bouncy, throwback feel and contemporary
message is available now at retail and streaming. With a voice Rolling Stone
has compared to Ed Sheeran, Hummon is more self-aware than
self-conscious: “Don’t remember the blur of them nights/We partied like
we got paid/and after all of this time/I still remember the songs we
sang.”

“As I’ve grown older I’ve noticed my memories of high-school, and
growing up in Nashville, are beginning to fade,” says Hummon. “Now,
there is a kind of golden nostalgic glow around that period of my life.
The crazy thing is, I still remember every single word to every song I
used to crank up in my Mom’s old minivan. “Songs We Sang” is about those
memories, that feeling, and the realization that you may be getting
older, but you can still reach back in time, and even sing along.”

“Songs We Sang,” which was written by Hummon, Matt McVaney and Kylie
Sackley, is the anticipated follow up to his hit “Stupid,” which has
been the only song by an unsigned artist on the Billboard
Top Country Songs chart for the last two consecutive weeks and has
amassed over 10 million streams. And fans can further go down the rabbit
hole with Hummon’s powerful ballad, “Love Heals,” a deeply meaningful
duet with Alison Krauss that features their vocals intertwining like
spring ivy.

The son of country songwriter Marcus Hummon and a visionary pastor Becca
Stevens, Hummon grew up with an appreciation for the subtle shades
between hardship and happiness. He’s seen his dad win GRAMMY awards for
hits like Rascal Flatts’ “Bless the Broken Road,” and watched as his mom
worked to give abused and exploited women a better life through her
Nashville-based charity, Thistle Farms, which helps survivors of sex
trafficking, prostitution and addiction.

Hummon wrote “Love Heals” with his father as a tribute to the women of
Thistle Farms and the resilience of the human heart with lyrics
including: “Never seen a broken heart/one shattered and torn apart/that
couldn’t come back together.”

It’s a message that Hummon has been taking around the world as a
frequent participant in high-profile songwriter showcases including the
popular CMA Songwriters Series, where he participated in recent shows in
Toronto and the sold-out series return to London in October during
Country Music Month, where he built an enthusiastic fan base.

Hummon is headed back to the U.K. this weekend for Country To Country
(C2C) Music Festival followed by several dates including Glasgow,
Birmingham, Manchester, Bristol and London as part of the first C2C
Roadshow with Kristian Bush of Sugarland.

Hummon has worked with notable songwriters including Jimmy Robbins,
Shane McAnally, Andrew Dorff, Josh Osborne, Jonathan Singleton, Nathan
Barlowe, Brandy Clark and Trevor Rosen, among many others. Hummon also
wrote with legendary entertainer Steven Tyler on the rocker’s single
“Red, White and You,” which hit No. 1 in Italy.

He is a nimble writer who can easily traverse the span between
commercial appeal and artistic integrity, but he is an equally gifted
performer with an eagerness that is addictive and an on-stage bravado
beyond his 25-years.

Hummon has toured with Frankie Ballard, Kelsea Ballerini, Billy
Currington, Hunter Hayes, Sam Hunt, Kip Moore, David Nail, Michael Ray
and A Thousand Horses, and has captured the attention of some of the
most notable industry outlets, including being named “One to Watch” by Rolling Stone Country and making his debut on the Grand Ole Opry.

Catch Levi Hummon on the road in the United Kingdom:

Born and raised in Music City, Hummon was surrounded by music greats;
however, it wasn’t until he was studying painting in college that he
began to explore drawn his dormant musical talents – singing and
songwriting – as a way to navigate his life and relationships. He
quickly developed his own unique personal sound, often with the help of
his father, GRAMMY-Award winning songwriter Marcus Hummon. Hummon soon
found himself working with notable songwriters such as Jimmy Robbins,
Shane McAnally, Andrew Dorff, Josh Osborne, Jonathan Singleton, Nathan
Barlowe, Brandy Clark and Trevor Rosen, among others. Hummon also
wrote with legendary entertainer Steven Tyler on his most recent
single “Red, White and You.”  Hummon’s single “Guts and Glory” gained
national attention from iconic truck brand, Ram Trucks, sponsoring
Levi’s 2016 tour and positioning him as the 2017 spokesperson for the
Ram Truck brand.

With over 13 million streams in less than a year as an independent
artist for “Don’t Waste the Night” and “Stupid,” Hummon has been named
one of Entertainment Weekly’s 5 Breaking Artists Now and one of Rolling Stone’s “Artists You Need to Know.” “Stupid,” which debuted on Billboard’s Top Country Songs
chart and remained for two weeks as the only song on the chart by an
unsigned artist, has reached over 10 million digital streams and was
named to Amazon’s 2017 Best of Country Songs list. Hummon’s current single, “Songs We Sang,” is available now.