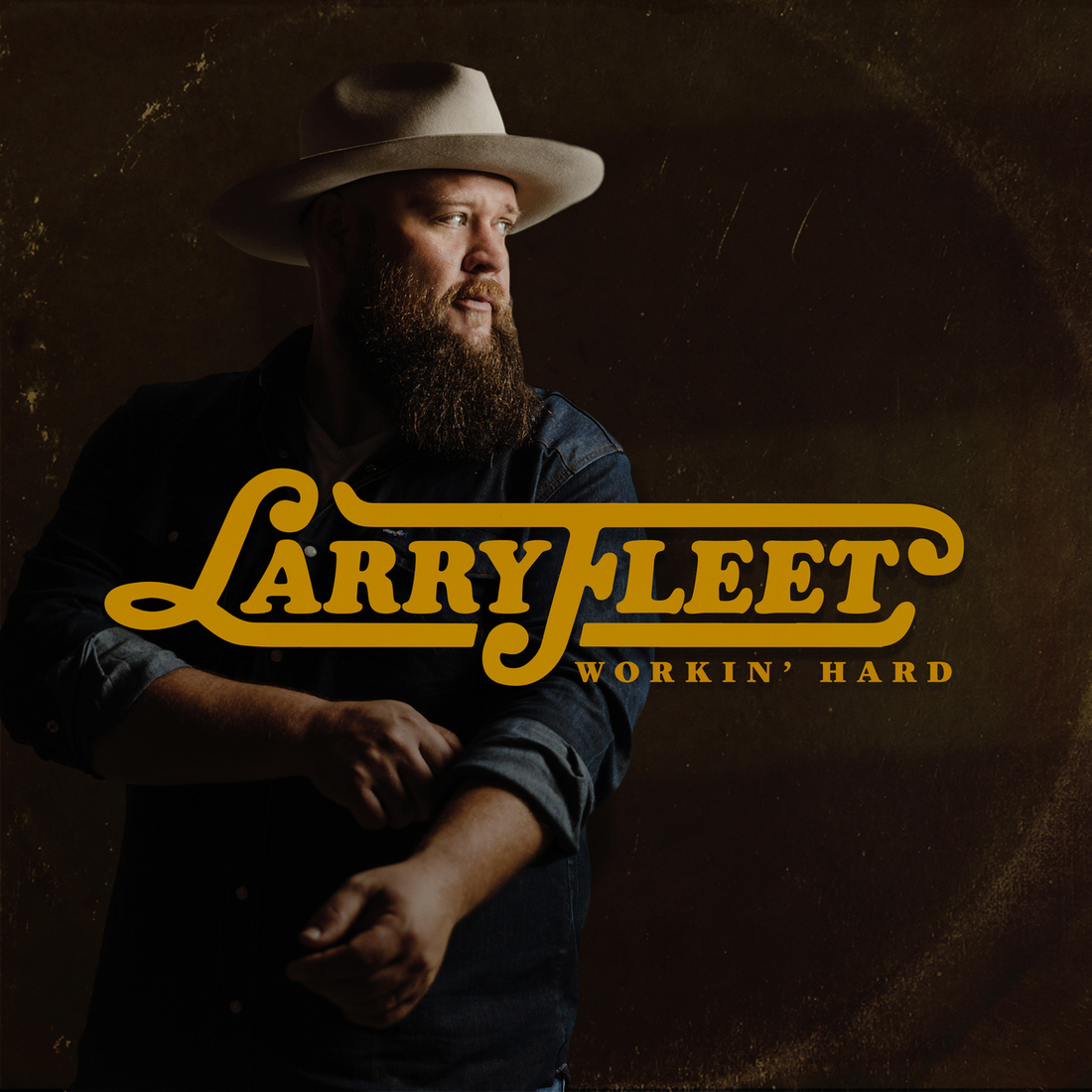 There is no tying down Big Loud Records singer-songwriter Larry Fleet, with today’s release of his debut project, WORKIN’ HARD, available now
on all digital platforms. The Tennessee native’s masterful voice
strikes the perfect balance of Country and Soul, while his blue-collar
roots ring through the Joey Moi-produced album.

“I could not be more excited about releasing my first album after what
feels like a lifetime of hard work trying to make it happen,” shares
Fleet. “I am so grateful to the people who helped make this dream
possible, and hope everyone enjoys listening to it as much as I have
enjoyed creating it.”

WORKIN’ HARD features eight tracks, including the recently
released banjo-filled jam “Tied Down” and smoldering, swampy tune “Lied
About Love.” Letting his soft side show on the sweet, rootsy standout
“Best That I Got,” Fleet also traces his journey from high school
sports, to Nashville, to starting a family on the project’s title track.
Fleet co-wrote six of the songs on the project with several of Music
City’s most esteemed songwriters, including Rhett Akins, Brett James,
and more.

6. “Best That I Got” (Larry Fleet, David Frasier, Justin Weaver)

Fleet gives a new meaning to “Tied Down” with the premiere of the song’s official music video
today. Directed by Justin Clough, the clip casts Fleet as the lead
singer of a bar band, providing the Country soundtrack for a good-timing
couple falling head over heels, and later bringing the party as they
tie the knot. Watch “Tied Down” HERE.

Blue-collar, Tennessee-native Larry Fleet grew up with a love of music
sparked by an eclectic mix of influences spanning from Merle Haggard to
Marvin Gaye. To make ends meet, Fleet spent tireless hours working
construction jobs – never losing his dream of making music. A chance
encounter with Jake Owen in 2017 led to a collaborative friendship and
an opening slot on the road with Owen. Not long after, Fleet was sharing
the stage with a living legend – and one of his heroes – Willie Nelson.
Etching his mark in the Nashville songwriting community co-writing with
esteemed tunesmiths including Rhett Akins, Brett James and Kendell
Marvel, the hard-working family man (and father of newborn son, Waylon)
is now poised for Country stardom with WORKIN’ HARD – his aptly-titled debut album on Big Loud Records. WORKIN’ HARD, produced by studio ace Joey Moi (Florida Georgia Line, Jake Owen, Morgan Wallen), is available now.