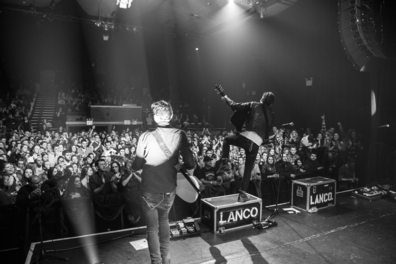 “BORN TO LOVE YOU” PROPELS THEIR DEBUT ALBUM HALLELUJAH NIGHTS

TO OVER 220 MILLION STREAMS

Capacity Crowds Filling Clubs Across The Country For LANCO’S

NASHVILLE, TN – Mar. 6, 2018 – First-time Academy Of Country Music nominee LANCO has earned nods in both the “New Group” and “Vocal Group of the Year” categories this year, and the fresh “modern country rock sound” (American Songwriter) of their No. One debut album HALLELUJAH NIGHTS
(Arista Nashville) now boasts over 220 million digital streams. The
latest single “Born To Love You” that has critics calling it addictive
and fans proving it so, is one of the 11 tracks frontman Brandon
Lancaster co-wrote for the album. Following the multi-week chart-topping
hit “Greatest Love Story,” the “foot-stomping new single” (Rolling Stone) proves the PLATINUM-selling band is “well on their way to being reigning hitmakers,” (PopCulture). 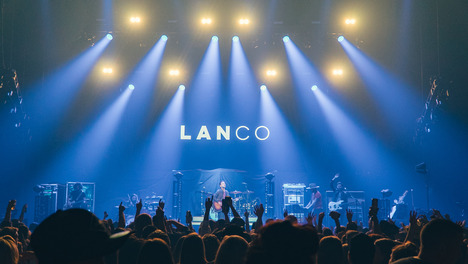 “Born To Love You” stands out for its “infectious melody accompanied by adoringly heartfelt lyrics” (Taste of Country)
and continues to reveal another piece of their story that’s rooted
throughout HALLELUJAH NIGHTS. The climbing single has served as a
fan-favorite during sold-out club run in major markets including
Chicago, New York City and Los Angeles. For a glimpse of “Born To Love
You” from their sold out performance in New York City, click here. They will take their electric live show to the UK this week for their first of three London performances.

“We’ve played close to 400 shows since we met and formed LANCO about
five years ago, and every one of those shows…especially the ones in the
early days for only like 6 people…were such an important part of this
journey we’re on as a band,” said lead singer Brandon Lancaster. “It’s
much easier to see that now and to understand that every long drive we
made in that old RV was helping us get to today. Last week, we lost our
minds when we heard we had two ACM nominations, tonight we are playing
the Opry and tomorrow we are leaving for the UK to start telling the
story of LANCO overseas. For a group of guys who got our start jamming
in a carpet warehouse and playing house parties just a few years ago,
this is beyond our wildest dreams!” 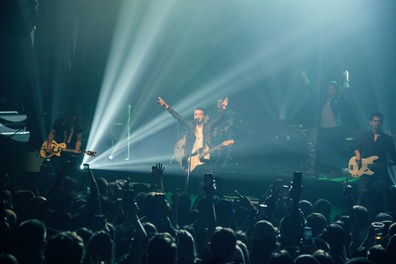 In an incredible year of firsts, the “arena-rock leaning band” (Entertainment Weekly)
became the first country group to debut on the Billboard Country albums
charts at No. One in 10 years and this summer they will hit the road
for their first amphitheater run as special guests on Dierks Bentley’s
2018 MOUNTAIN HIGH TOUR. For more information and upcoming tour dates,
visit www.lancomusic.com.