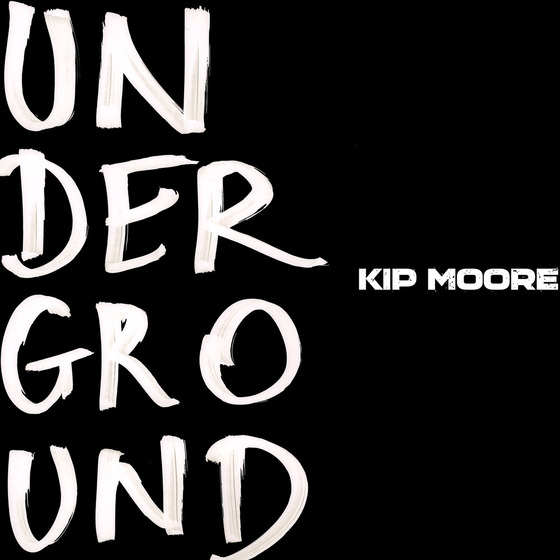 
Nashville, TN – Oct. 14, 2016 – Multi-PLATINUM singer/songwriter Kip Moore announced today that he will release UNDERGROUND,
a 5-track EP that draws inspiration from his unyielding time out on the
road touring, and a personal response to the demand felt from his
steadfast fans for new music.  Available starting Oct. 28, Moore
co-wrote every track on the EP and audiences across the country will be
able to experience the new tracks live this fall, as he continues to
prove himself as “one of country music’s most impressive headline acts” (Sounds Like Nashville) on his ME AND MY KIND TOUR. Fans can pre-order the EP, on which multiple tracks were recorded live, starting today here.

UNDERGROUND opens with Moore’s signature unapologetic, but confessional
attitude in “All Time Low” which bleeds into the uptempo, yet muscular
“My Kind.” Listeners are offered a taste of what they’re missing if they
haven’t made it out to a show, with live performances of the anthemic
“Midnight Slow Dance” and the reflective, but defiant “Separate Ways.”
The EP culminates in the infectiously longing track “My Baby’s Gone,”
showcasing Moore in his unfiltered element.

“The problem I often face is leaving behind some songs, because I never
stop writing,” said Moore. “I write so many that some never see the
light of day.  I’ve been working on a full record, which looks to be
coming out in late spring, but everywhere we go the fans keep asking for
the recordings of these underground songs that they’ve been hearing for
the last few years.  They’re a passionate fan base so I decided to ask
my label if I could record these songs live and give them the raw
recordings.  These songs are completely separate from the new record
I’ve been making, I simply made this EP for the true fans.”

UNDERGROUND follows the release of Moore’s critically acclaimed sophomore album WILD ONES that The Guardian declared
as “an impressively singular release from Music Row…unlike anything
else in country music,” as well as his debut album UP ALL NIGHT which
was certified GOLD by the RIAA and spawned three No. One hit singles
including GOLD certified “Beer Money,” PLATINUM certified “Hey Pretty
Girl,” and the DOUBLE PLATINUM breakout hit “Somethin’ ‘Bout A Truck.”  A
constant road warrior, Moore’s headlining ME AND MY KIND TOUR follows a
characteristically relentless touring schedule, that kicked off at the
beginning of the year with a sold-out tour in the US and Canada, a stint
in Australia for the first time and headlining shows in The UK and
Ireland that, due to demand, led to bigger venues being scheduled as
well as closing out the run with a sold-out date in London, UK.  Moore
recently wrapped his summer stint being “met with more deafening
applause” (CMT) out on the road with Miranda Lambert. For more information and a full list of tour dates visit kipmoore.net.