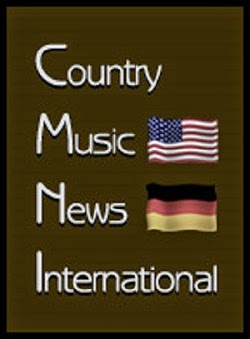 
Nashville,
Tenn. (April 28, 2015) — When you reach for songs that capture
people’s lives, country fans respond. For Kenny Chesney, who took a year
off to concentrate on making what became The Big Revival,
he’s already seen the project yield the GRAMMY – and triple Academy of
Country Music-nominated “American Kids” and the surging “’Til It’s
Gone,” his 25th and 26th No. 1 hits.
“I’ve
been blessed to know some of the very best songwriters there are,”
Chesney says, “starting at Acuff Rose as a kid, I learned when you can
give folks their lives, people will respond. It’s an honor to be able to
give songs like ‘American Kids’ and ‘’Til It’s Gone’ to the fans – and
to be able to call people like Rodney Clawson, Luke Laird, Shane
McAnally, David Lee Murphy and Jimmy Yeary my friends.”
The Big Revival, Chesney’s 13th
No. 1 Album debut, pushed country’s boundaries. Celebrating the way
people live in the flyover, both songs capture the details, realities
and especially the exuberance of the moments, memories and laughter that
define being absolutely alive in America today.
“With
two hooks, three rhythm scans and some of the most ingenious wordplay
I’ve ever heard, ‘American Kids’ was a song that stopped me in my
tracks,” Chesney says, “seven, eight, ten seconds in, I took my head
phones off and said to Shane (McAnally), ‘I’m gonna cut it.’ Songs you
can wrap your record around don’t come along very often. I’m glad this
one came to me.”
Written
by Rodney Clawson, Luke Laird and Shane McAnally, “American Kids”
evokes the little pink houses and “born in the USA” of several
generations, while embodying the swept-up-in-the-moment urgency and
complete abandon of today’s teens and twenty-somethings.

“’Til It’s Gone” gave Clawson back-to-back No. 1s at the party. “’Til
It’s Gone” was written with Jimmy Yeary and David Lee Murphy. With the
sweeping melody and a bridge that breaks down the ultimate invitation to
live and love in full, the man The Los Angeles Times deemed “The People’s Superstar” ratifies the power of music to inspire.

“When
Kenny Chesney cuts one of your songs, you know it’s going to get
delivered,” Murphy told publishers, songwriters and industry insiders
present to resounding applause.

“I
think it was David Lee who said to me,” Chesney responded, “‘Well, when
you get back out there, what do you want to say to your audience?’ And
this song is about living in the moment WITH someone, but if you back
away… and look at it as all those people (in the audience), that’s exactly what I wanted to say. I knew when I heard the demo, the groove, the mood, the lyric that was it! I’m blessed they send me their demos.”