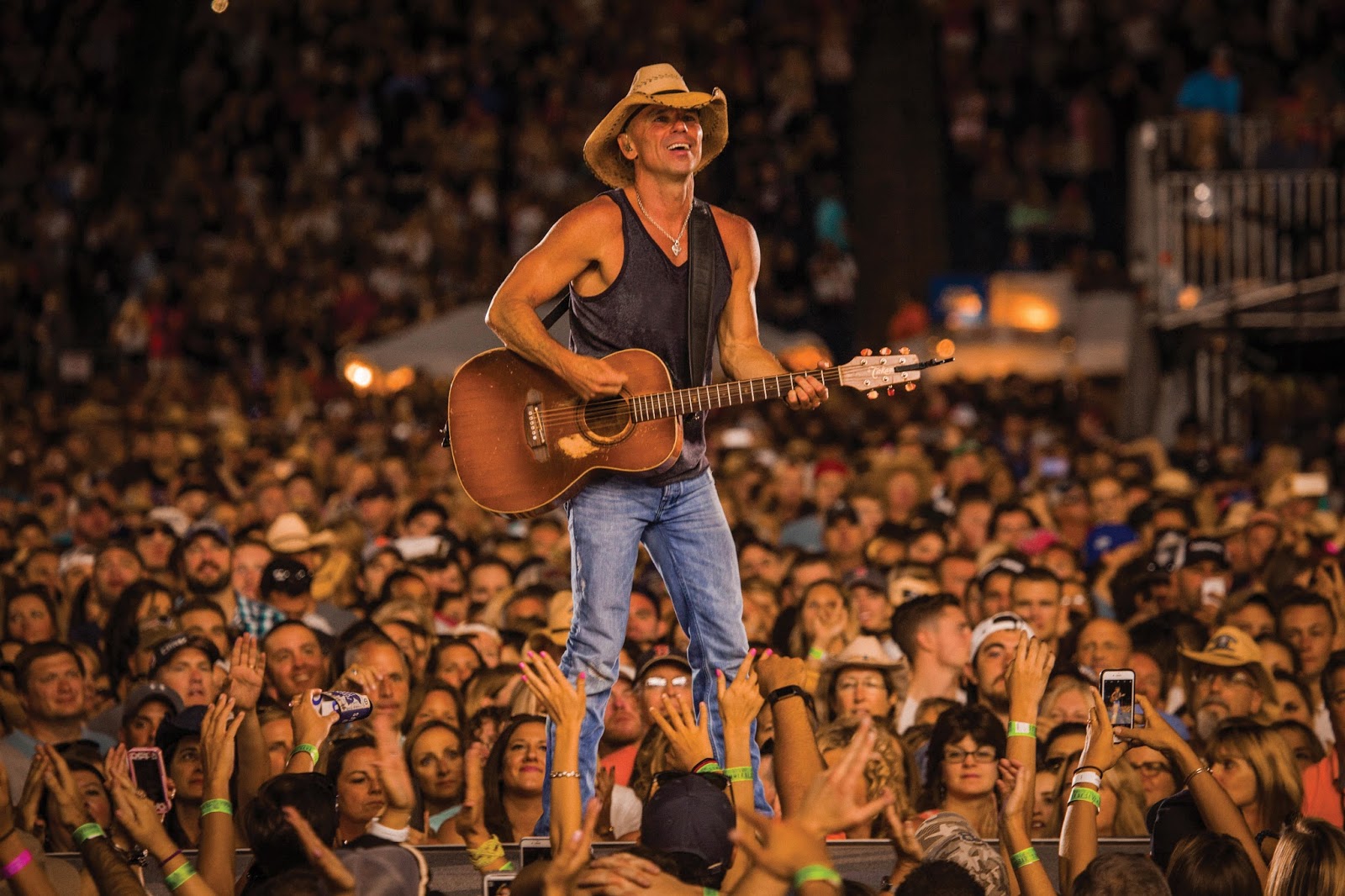 KENNY CHESNEY GETS ALONG

KENNY CHESNEY GETS ALONG

NASHVILLE, Tenn.– When Kenny Chesney heard
“Get Along,” he knew it was a song for times like these. With a buoyant
melody, a banjo offering joy and a lyric that reminds people to enjoy
their life and the people in it, his first single for Warner Bros.
Nashville/Blue Chair Records embodies everything the
songwriter/superstar from East Tennessee stands for. And like “American
Kids,” “Get Along” has struck a chord.

In its first week, “Get Along” saw two million unique on-demand streams, as well as topping Billboard’s
Top Country Digital Chart. That debut sees him in the company of Jason
Aldean’s “You Make It Easy,” Carrie Underwood’s “Cry Pretty,” Kane
Brown’s “Heaven” and Luke Bryan’s “Most People Are Good.”

“In every conversation I find myself in, some part of the sentiment of
this song just keeps coming up,” Chesney says of the song. “Everyone, no
matter what they believe, is tired of the angriness and divisiveness
that’s just out there… It seems like getting along is brain surgery,
something beyond normal people, but it’s not.

As the 8-time Entertainer of the Year prepares to kick off his Trip Around the Sun Tour presented
by Blue Chair Bay Rum this Saturday, April 21, in Tampa, it doesn’t get
much better. In addition to the streaming and sales numbers, “Get
Along” is sitting at #18 on Billboard and #26 on Mediabase’s chart – and the song is not slowing down.

“Sometimes you hit a nerve,” Chesney says. “I never think I’m the only
one feeling something, whether it’s the crush of the news or the growing
anger that pits people against each other. I don’t know where it comes
from, but sometimes I think if you’ll just show people what’s happening,
something they may miss from being so churned up, they might just
exhale and find some peace.”

“Kenny’s passion for music is undeniable,” says Warner Bros. Nashville
Chairman/CEO John Esposito. “When Kenny leads with his heart, it’s
contagious. We all get swept up because there’s nothing like it – and
this song is all heart, no waiting.”

A good song to kick off another full-tilt summer with the No Shoes
Nation, “Get Along” captures the ethos of the culture Chesney’s built
with his million ticket tours. Having debuted the song on “The 53rd Academy of Country Music Awards,” the man The Los Angeles Times calls
“The People’s Superstar” is ready to get out there and hear the crowd
at Raymond James Stadium sing that chorus for all it’s worth.