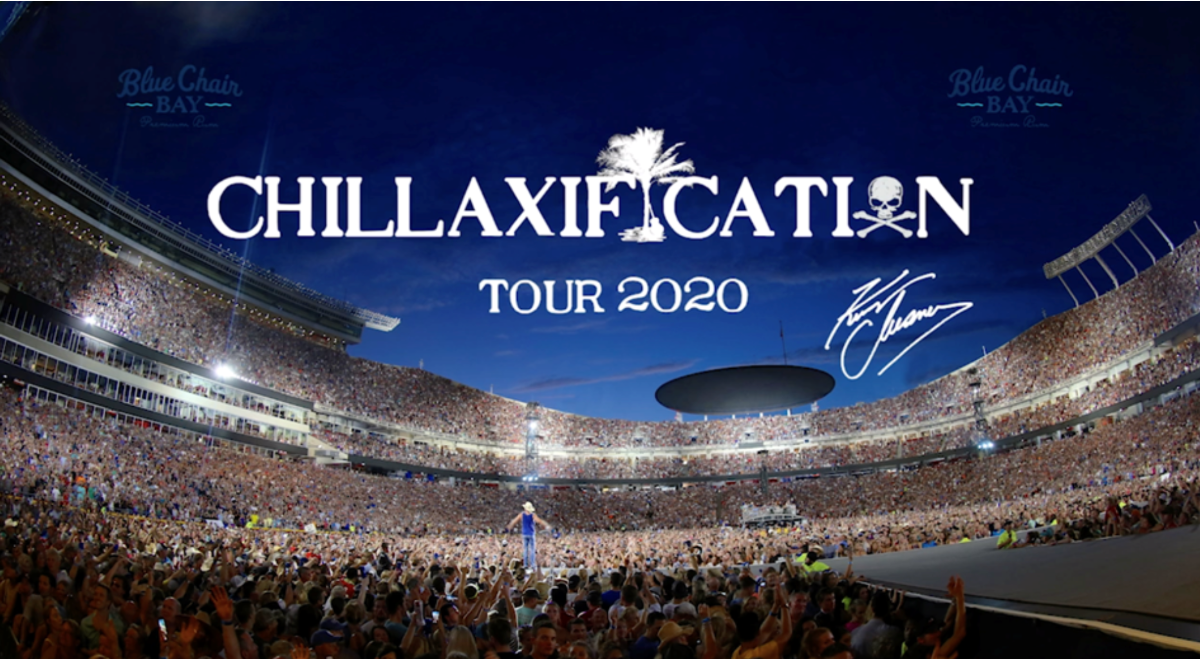 Before the tickets have officially gone on-sale, response to the Gillette Stadium finale of Kenny Chesney’s 2020 Chillaxification Tour
was so strong, they’ve already decided to add a second show on
Saturday, August 29. The place where No Shoes Nation was named, the
greater Boston/New England area remains a passion-point for the
songwriter/superstar from East Tennessee.

“It’s amazing to me how much the people there and where I’m from have in
common,” Chesney says of the unlikely bond. “Passionate people who care
about each other, who work hard, play hard and see music as something
that brings them together. I am always amazed at the way these final
tour days in Boston hit us so strong and so hard. Rather than waiting,
based on the calls, texts and tweets, we figured we should just go ahead
and get this second show on sale, too.”

The Wall Street Journal has called Chesney “The New England Patriots’ Other Star” and Variety
has deemed the 8-time Entertainer of the Year “Country music’s only
true long-term stadium act.” Given his history in Foxboro, that’s not
just media hyperbole.

“This is so much bigger than all of us,” Chesney told the record-setting crowd at the final show of his 2018 Trip Around the Sun Tour. “It’s like destiny.”

With 21 stadium dates – and more to be announced, the only country artist on Billboard’s Top 10 Touring Acts of the Last 25 Years is already feeling the heat. Taking this year’s Songs for the Saints Tour
to markets normally passed over by the major tours, he’s ready to get
back on the biggest stages and stadium-size his brand of feel-good
music.

With “Tip of My Tongue” cresting the Top 10, the multiple week No. 1 “Get Along” driving Songs for the Saints
to the million-dollar mark for the Love for Love City Fund to help
rebuild St. John following Hurricanes Irma and Maria, as well as
moment-defining anthems “American Kids,” “Noise,” “You & Tequila”
and “Everything’s Gonna Be Alright,” there is plenty of new music to
drive the heightened state of chill this summer.

“Like I love to say onstage, ‘Whatever’s bothering you – your job, your
girlfriend, your husband, traffic, bills or something else – leave it
out there, give us your night, shake it off and have some fun!’,”
proclaims the man called “The People’s Superstar” by The Los Angeles Times. “There is so much stuff to stress us out, but for one night, or at Gillette, two nights, c’mon out and forget. That’s what we’re here to do.”

…and more dates to be announced.