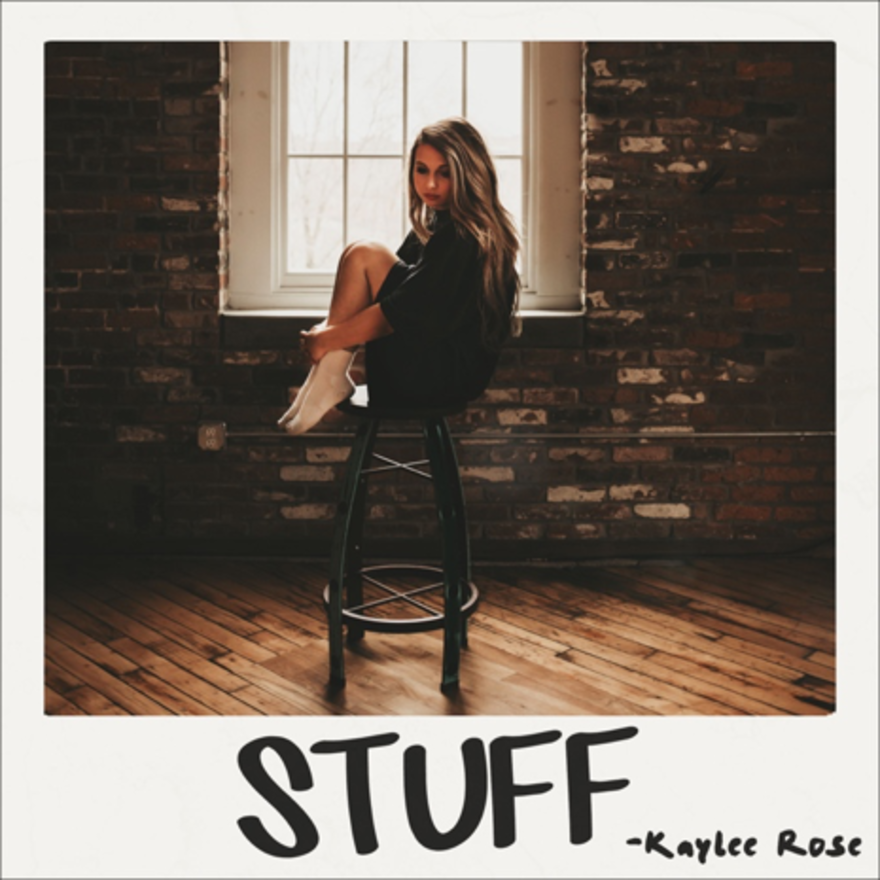 Singer-songwriter Kaylee Rose has released a dynamic new song, titled “Stuff” to radio and digital retailers.The
powerful new track talks about the emotional attachment one feels to
the things that are left behind following a loss or breakup; conveyed in
the lyrics of the song “Not ready to say goodbye. When it’s love, it’s not just stuff.”

Rose, who is already gaining attention among industry insiders, commented about the song, saying, “Letting
go of someone’s ‘stuff’ can feel like you are letting go of that person
and the memories you made with them. For many, it can be an uneasy
scenario and something that everyone has been through, or will at one
point or another.”

Co-written byKaylee Rose, Jess Soccorsi,and Blane Mitchell, “Stuff” is the artist’s first release of multiple singles set to be released throughout 2019.Recorded
at Soundstage Studios and produced by Blane Mitchell, the track will be
available worldwide through streaming and digital retailers.

Rose adds, “Compared
to my other releases, this song shows a completely different side of
me. I generally write upbeat music, so this was a different type of song
I’m used to writing.  I feel that so many people that can relate to the
lyrics of this song, myself included.  I loved how it turned out, and
I’m excited about the new dimension it gives to my style of music.”

Kaylee
Rose is a fearless 23-year-old singer-songwriter from St. Augustine,
Florida, who has a unique style that blends many sounds across the
musical spectrum.Originally
hailing from Miami, she grew up submerged in a menagerie of musical
influences and cultures which undoubtedly swayed her unique brand of
country music. A childhood hip-hop dancer with aspirations of performing
professionally, Rose’s father was the one who first saw music in her.

“My dad bought me my first guitar when I was 11, and we moved from Miami to St. Augustine,”says Rose. “St. Augustine is a small town, and I had a hard time making friends at first, so I started pouring my thoughts into lyrics, and after taking a few lessons, I began teaching myself to play guitar.”

At
only 14, Rose began marketing herself and booking gigs all over St.
Augustine after school and on weekends. She never said “no” to an
opportunity while still managing to juggle her schoolwork and her
positions as Dance Team Captain and Class President.  After high school,
Rose played four to eight-hour gigs every day to save enough money to
move to Nashville. One year later, in 2015, she hit the road for Music
City where she had two shows booked for the day she arrived. Rose made
ends meet playing weekly at Rock Bottom Brewery and The Row while also
working in the gift shop at the Johnny Cash Museum. Rose counts both
museum owner Bill Miller and also Bart Herbison, the Executive Director
of the Nashville Songwriters Association International (NSAI), as
pivotal mentors in her budding career.

She
has since been actively involved in Nashville’s music community and
joined NSAI along with hit songwriters in Washington D.C. to promote the
Music Modernization Act.