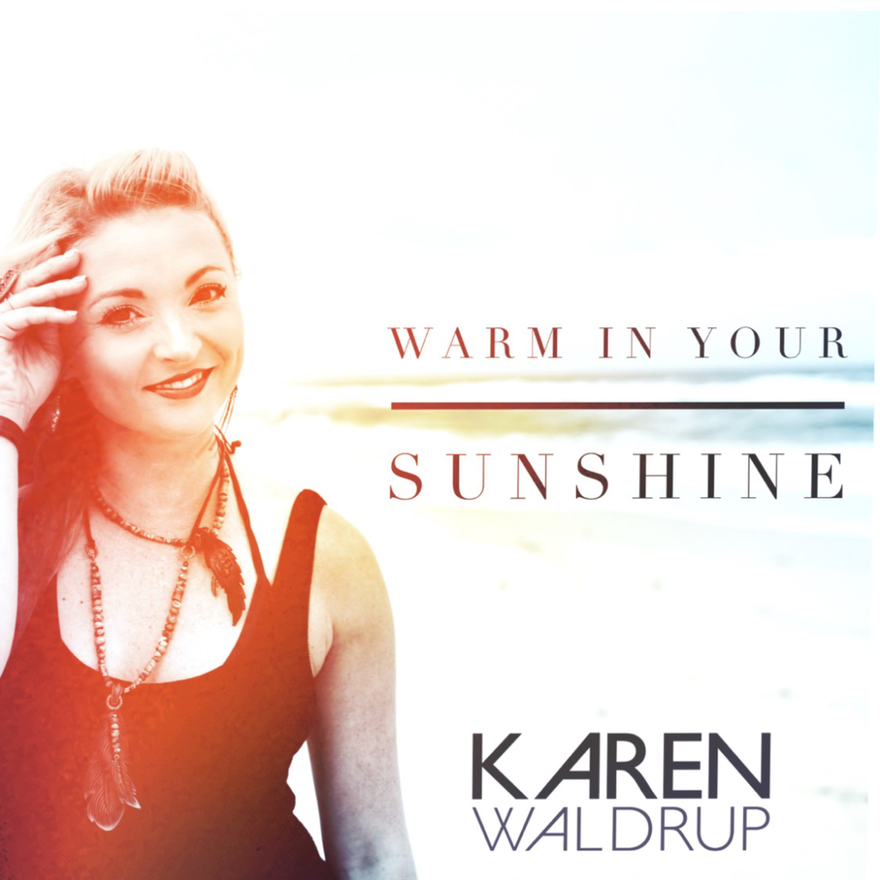 Nashville,
TN (September 6, 2017) – Country singer Karen Waldrup became a viral
sensation last November when her cover of Lee Ann Womack’s “I Hope You
Dance” garnered more than 24 million views while she was in the trenches
of an Indiegogo campaign.  The video caused explosive growth in her
online community catapulting her “Waldrup Worldwide” family on Facebook
from 18,000 to over 344,000 in the past nine months and more than 100%
funding for her campaign to finance her new record Justified.
Waldrup has been in the studio with Grammy-nominated producer Garth
Fundis, who has worked with the likes of Trisha Yearwood, Alabama and
Don Williams, working on the new album and the first single, “Warm In
Your Sunshine,” is available here today.

“Launching
a crowd funding campaign was extremely scary and I felt incredibly
vulnerable but I was determined to make my dream record and I
whole-heartedly believed in my support group to help make it happen,”
exclaims Waldrup.  “Sixty days later we were fully funded and I was on
my way to the studio with renowned producer Garth Fundis!  America
really is a place where dreams come true.”

The
single, written by Waldrup and olé writer Brett Jones, was inspired by
Waldrup’s recent trip to Europe and is a direct result of Waldrup going
viral with her socials videos.  “I learned the power of positive music
and made it a mission for my next single to make people feel good,”
explains Waldrup.

With
over 110 million video views in the past year and the newly launched
“Waldrup Wednesdays” on Country Rebel’s Facebook page that boosts over
seven million music fans, her “Waldrup Worldwide” family continues to
grow by thousands every week.  Her new fans are passionate supporters
who attend her live shows, buy merchandise and continuously share her
music with their family and friends.  In gratitude for their support,
Waldrup launched an eleven night Facebook Live series promoting her
single. Each of the broadcasts have averaged more than 100,000 views.

In
addition to the live series on her Facebook fan page, Waldrup will go
live on Country Rebel’s page to millions of fans tonight at 5 pm central
time and will have another special live broadcast on her Facebook page
on September 7 in conjunction with Ford Music.

New
Orleans native Karen Waldrup is a triple threat musician, songwriter
and recording artist known for her thrilling performances and “in your
face” style of country music.

Waldrup
has spent the last few years touring the world performing thousands of
shows everywhere from Memphis, TN to Dublin, Ireland and is now a true
viral sensation with her social media videos gaining mass appeal and
more than 110 million views.  Waldrup is featured every week on Country
Rebel’s Facebook page’s on their “Waldrup Wednesday.”

Waldrup
recently won 3 Nashville Independent Music Awards for Best Live Country
Performer, Best Video and Best Solo Female Country Artist and she also
landed an original song in the motion picture ‘Scales: Mermaids are
Real’.  The video for her 2016 Summer song “I Got That Kind of Time”
spent 5 weeks at #1 and 12 weeks in the top 5 on CMT.  Her “Trashy
Crashed the Party” video stayed in the top 3 for 5 weeks straight.

Waldrup
appeared on Bravo TV’s Platinum Hit with hosts Jewel & Kara
Diaguardi, and had music featured on Bravo TV’s reality series My Fab
40.  She was a Nashville Rising Star finalist in 2015 and was previously
named a GAC Top 25 Songwriter.  Karen has been featured on NASCAR ESPN
LIVE, the NFL Experience Superbowl XLVII and hundreds of other outlets
world wide.