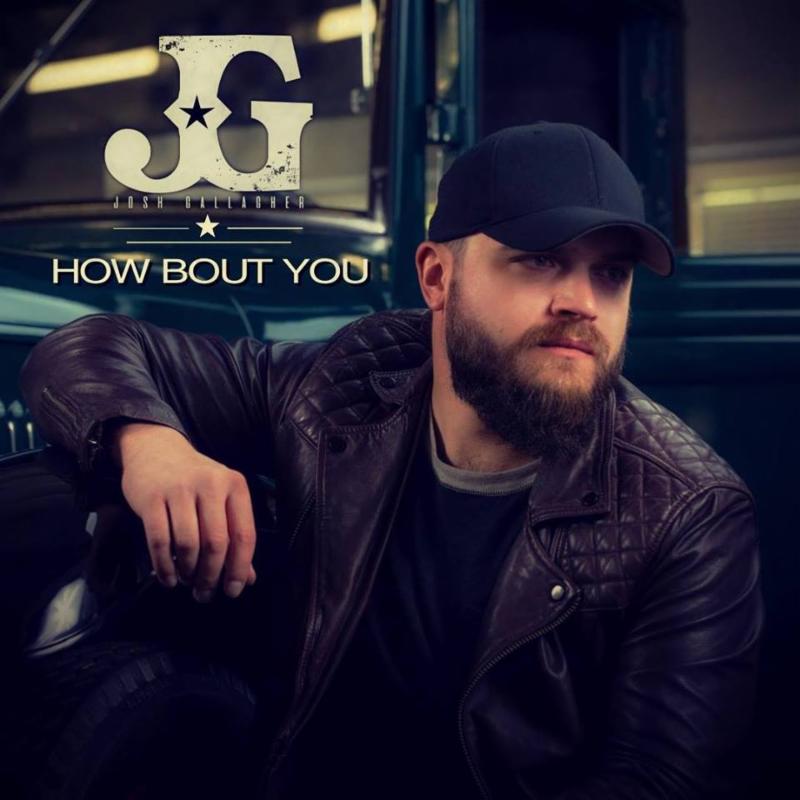 “How Bout You” Tops

(Nashville,
Tennessee…) – March 20, 2018 — Josh Gallagher awoke this morning to
hear his “How Bout You” music video debuted at #1 on the fan-voted CMT
Music 12 Pack Countdown. Produced by Paul Compton, the clip was directed
by 16-year-old Keller Moore.

“I
just gotta say a huge, huge giant thank you to all my fans who got me
to number one,” Josh gushed on Facebook this morning. “It means the
world to us, and we honestly can’t do it without you!“

Producer/songwriter/musician
and multi GRAMMY Award-winning engineer Chad Carlson produced “How Bout
You” and is currently working on Gallagher’s debut album. Josh wrote
the single with Will Duvall and Mark Addison Chandler, the new track is
currently available at ITunes, Spotify, Google Play and Amazon Music.

A
native of Cresson, Pennsylvania – pop. 1,600 – about 80 miles east of
Pittsburgh, Gallagher moved to Nashville in 2014. He gained national
notoriety on season 11 of “The Voice,” being coached by both Adam Levine
and Blake Shelton. A fan favorite every week, Gallagher won the hearts
of millions and built a fan base across the world with his impressive
vocals.

Country
music legend, Garth Brooks, is included in those fascinated by the
vocals and talent of Gallagher. Brooks advised Gallagher on the set of
“The Voice.” “This kid, as soon as he opens his mouth – you believe
him,” said Brooks, as he insisted, “If I’m a manager, if I’m a producer,
if I’m a record label – that’s the guy I want because he has the career
in front of him. This whole world is going to be listening to you for a
long time. You’ve got it.”

No grass grew under Gallagher’s feet after the show, as he hit the road and racked up over 200 shows in the last year.

Gallagher will performing “How Bout You” and other cuts from his upcoming debut album at Martin’s BBQ Joint, 410 4thAvenue South in Nashville, on Friday, February 23, 2018 at 8 p.m. Central. The event is free and open to the public.

For more information on Josh Gallagher, visitwww.JoshGallagherMusic.comand keep up with him at: