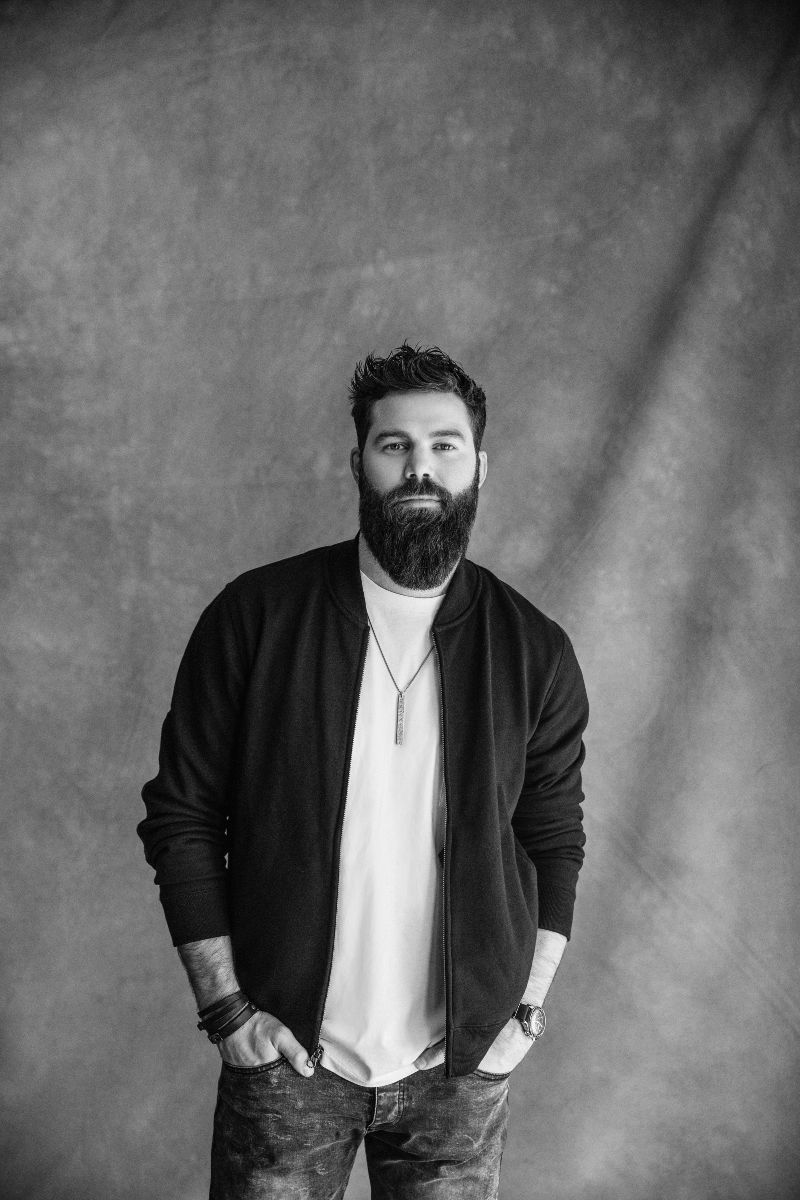 It was a dream of becoming a songwriter that first brought Shreveport, Louisiana native Jordan Davis
to Nashville in 2012. A lot has changed for 2020 ACM Best New Male
Artist of the Year nominee since moving to Music City. From signing a
record deal and racking up over one billion streams of his debut album Home State to touring the country playing for fans and now notching his third consecutive No. 1 single with “Slow Dance in a Parking Lot,” one thing has remained constant for the breakthrough hitmaker, his love for the craft of songwriting.

When Davis sat down with co-writer Lonnie Fowler for a writing session
in 2015 – their first together – he was feeling creatively spent after a
week of writing daily. But as the two got to know each other,
discussing hometowns and first dates, it was Fowler’s story of his first
date with his now-wife that became the foundation for the already Gold
Certified “Slow Dance in a Parking Lot.”

“When Lonnie told me the story of that first date with his wife…he was
taking her home from their college formal and didn’t want the night to
end, so he pulled into a parking lot and put on Garth Brooks’ ‘She’s
Every Woman’ and asked her for one last dance. I just thought ‘man, that
captures everything country music is about right there,’” shares the
man Billboard and Rolling Stone have dubbed an “Artist to Watch.”

Davis continues, “Sharing the truth in three and a half minutes…that is
what a good country song does. It is what we wanted to do with ‘Slow
Dance,’ tell this real and honest love story. It’s been great to see
that authenticity resonate with fans. From slow dancing at our shows to
sharing their own videos on socials slow dancing in parking lots,
they’ve really embraced it. Big thanks to Lonnie for letting me share
his story and to the fans and country radio for their continued support.
I couldn’t be more proud or thankful.”

The song Taste of Country called “a down-to-earth love song,” is the third single from Davis’s debut album Home State.
It marks his third consecutive No. 1, following the 2x Platinum
Certified “Singles You Up” and Platinum Certified “Take It From Me.”

MCA Nashville’s Jordan Davis has been named an “Artist to Watch” by Billboard, Rolling Stone, CMT, Pandora, Shazam, Amazon Music, Sounds Like Nashville, The Tennessean, SiriusXM, Whiskey Riff,
and more. A Native of Shreveport, Louisiana, Jordan graduated from LSU
and briefly pursued the path of his degree working as an environmental
consultant; however, his passion for music and songwriting eventually
compelled him to move to Nashville in the summer of 2012. Jordan’s debut
album Home State has accumulated 1 billion streams worldwide
and features his current No. 1 hit single “Slow Dance In A Parking Lot”
as well as two recent back-to-back hits Double Platinum-Certified
“Singles You Up” and Platinum-Certified “Take It From Me.” In 2019
Jordan won Best New Country Artist at the iHeart Radio Music Awards and
was a nominee for ACM New Male Artist of the Year. He was also named Billboard’s
Top New Country Artist of 2018 as well as Country Aircheck/Mediabase’s
Most Heard New Artist of 2018. The hitmaker recently released a
collaboration with GRAMMY-nominated artist Julia Michaels titled “Cool
Anymore.” The track was written by Jordan and Julia along with Nicolle
Gaylon, Ross Copperman and Emily Weisband. The singer/songwriter has
previously toured with the likes of Rascal Flatts, Jake Owen, Kip Moore,
Brett Young and Old Dominion. Davis recently headlined his Trouble Town Tour
hitting over 20 cities including Los Angeles, Atlanta and Denver with
up-and-comers Kassi Ashton and Hailey Whitters on select dates. For
additional information, visit jordandavisofficial.com.