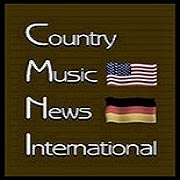 Nashville, TN (April 22, 2015) –  Jim Ed Brown’s IN STYLE AGAIN has taken the #1 spot on The Roots Music Report’s TOP 50 True Country Album Chart, and the Country icon charmed all as he strolled down the Academy of Country Music Awards’ Red Carpet this past weekend in Texas.

This has been a banner year for Brown so far.  In January, doctors
gave him a clean bill of health after he underwent treatment for lung
cancer.  Last month, the Country Music Hall of Fame® announced that THE BROWNS will
become the newest members of the revered organization in the 2015
“Veterans Era Artist” category, and now, after a 30-year hiatus from
recording, his current CD goes to #1. “It’s definitely shaping up to be a
big year for me and for all of the Brown family,” Jim Ed admits.  “To
be able to share these honors with my sisters and my fans is
remarkable.  We’ve all had a long journey to get here, and I am more
thankful than I can say.”

IN STYLE AGAIN, Brown’s debut for Plowboy
Records, features guest appearances by Vince Gill, The Whites, and a
reunion with longtime duet partner Helen Cornelius.  The energetic
vocalist is looking forward to a busy CMA Music Fest week and upcoming live shows as a member of The Country Gold Tour.