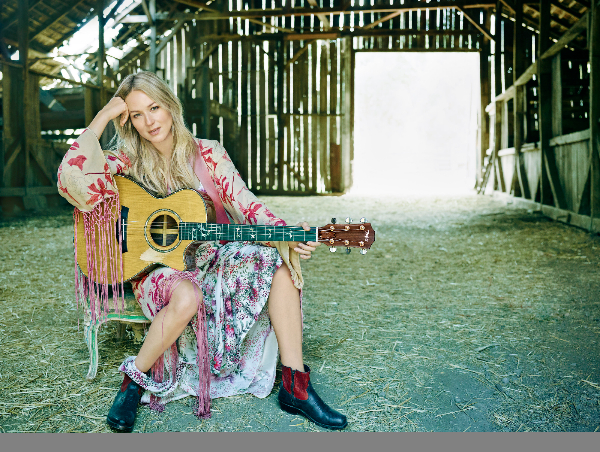 The album is a personal return to her roots as a folk- and country-influenced singer-songwriter. The New York Times’ Best Selling author and poet also will be sharing her story through her new Blue Rider Press memoir, Never Broken: Songs Are Only Half the Story, due Sept. 15. The raw look at her struggles, even at the peak of her career, led Loretta Lynn
to write, “Jewel’s Life in ‘Never Broken’ reminded me so much of my
own. But if we hadn’t of come from hardship and nothing, we wouldn’t
have made something out of ourselves.”

Jewel will celebrate the releases with a number of television
appearances and book signings in the coming weeks. She’ll visit FOX
News’ Fox & Friends on Sept. 14, ABC’s The View on Sept. 15, ABC’s Jimmy Kimmel Live on Oct. 1 and Steve Harvey on Oct. 22. Additionally, Jewel will make appearances on The Howard Stern Show on Sept. 21 and NPR’s My Big Break, On Point with Tom Ashbrook, and Wait Wait Don’t Tell Me throughout September and October. Book signings begin Sept. 14
in New York and will include stops in Nashville, Boston, Denver,
Phoenix and Los Angeles. She’s also appearing at this year’s
AmericanaFest during the Americana Music Festival and Conference on Sept. 15 in Nashville.

Jewel’s 1995 release Pieces of You, recorded by Ben Keith at Neil Young’s
home studio, should be considered a cornerstone of the current
Americana and folk movements. The raw look at life on the edge buoyed by
the hit “Who Will Save Your Soul” sold more than 12 million copies, but
as Jewel chronicles in “Never Broken,” the time was far from happy. Picking Up the Pieces also covers difficult territory, and critics are responding.

“When the time came to make a new album, she wanted to get back to the vibe she captured on her debut and close the loop on Pieces of You with a bookend called Picking Up The Pieces.” Entertainment Weekly
writes. “The result is a remarkably raw, bracingly honest set of folk
and Americana tunes that tap into both the remarkable spirit in her
voice and her incredible lyrical honesty.”

Rhapsody’s review notes “Jewel proves she is the sum of her parts: Picking Up the Pieces lightly treads in the country terrain she fully explored on her last two albums, while returning to the folk-pop poetry of her Pieces of You debut…”

Picking Up the Pieces is Jewel’s first new adult-oriented album
of studio material in five years. Keith has passed away, so Jewel took
over production of the album herself, hiring a band comprised mostly of
Young collaborators. The album comes after a difficult period that
included her divorce and the birth of her first child. Picking Up the Pieces
captures some of these moments on “Love Used to Be” and “Mercy,” and
also gathers longtime unrecorded live favorites like “Carnivore” and
“Boy Needs a Bike.” The album includes “My Father’s Daughter,” a
stunning autobiographical collaboration with Dolly Parton.