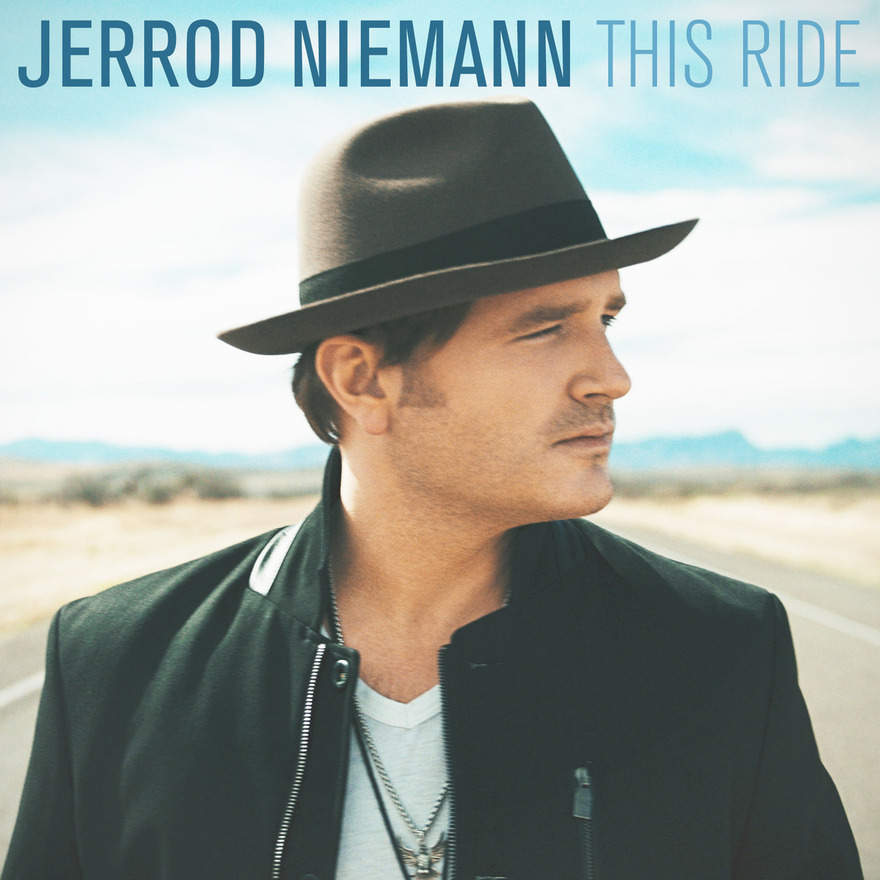 JERROD NIEMANN TAKES THIS RIDE TO THE FAST LANE FOR FANS

JERROD NIEMANN TAKES THIS RIDE TO THE FAST LANE FOR FANS

Nashville, Tenn. (September 8, 2017) – With the release of his pioneering new album, THIS RIDE, just around the corner, critically acclaimed hitmaker JERROD NIEMANN is opening up an express lane for his dedicated Country fans – and also offering a preview of where THIS RIDE is headed.

Preorders for the fresh project begin today (9/8), and fans that sign up
will also receive three songs instantly – stunning current single “God
Made a Woman,” the sexy “But I Do” and grooving feel-good anthem, “I Got
This.”

Both show an artist known for outside-the-box hits entering a brand new chapter, as THIS RIDE
marks Niemann’s first album for Curb Records and the fourth major
studio set of his career. The full project will be officially released
on October 6.

“THIS RIDE is a record that not only represents where I am
musically in my life, but where I am as a man as well,” Niemann says.
“At times, we took the lo-fi recording approach that’s going on in the
indie-rock world, and the overflow of acoustic instruments and raw
textures really bring out the album’s emotional elements, helping take THIS RIDE to a whole new level sonically. I’m very excited to get this new music out there.”

“Overall, the lyrics on my new record THIS RIDE have another
layer of depth,” shares Niemann. “That’s why we challenged ourselves in
the studio to use half the instruments to get twice the sound. The
recordings are almost more of an arrangement than a production. The
words in these songs deserve to be propped up, not buried.”

Fans and critics alike have already praised THIS RIDE’s first two singles – the feel-good “A Little More Love” duet with Brice, and the classy romance of “God Made a Woman” – with Rolling Stone Country gushing that the latter “seems to reflect an evolution for both the Country singer and the genre itself.”

Niemann’s long string of success dates back to 2010 with the #1 debut of JUDGE JERROD & THE HUNG JURY,
while each of his next two albums also landed inside the Top 10 on the
Billboard Top Country Albums chart. Meanwhile, “Lover, Lover” and “Drink
to That All Night” became PLATINUM-certified smashes, and “What Do You
Want” struck GOLD as a sultry Top 5 Country radio hit.

A charismatic charmer of live audiences everywhere, Niemann has toured
with superstars like Keith Urban, Dierks Bentley, and Brad Paisley
throughout his career, and continues on the road this year with dates
from Florida to California scheduled through November.

Here’s a complete track listing for JERROD NIEMANN’s THIS RIDE:

4. “I Got This” (Rodney Clawson, Josh Osborne, Luke Dick)

5. “Out of My Heart” (Ashley Gorley, Dallas Davidson, Chris DeStefano)

Fueled by a nearly decade-long career, prolific Nashville hitmaker
Jerrod Niemann is digging deeper with his forthcoming Curb Records album
with the uplifting duet “A Little More Love” (with Lee Brice) and his
romantic follow-up single “God Made a Woman.” Known for clever wordplay
and attention-grabbing lyrics, the highly engaging singer-songwriter
last topped Country charts with his PLATINUM-certified anthem “Drink to
That All Night,” a multi week #1 from the album HIGH NOON – on
which he co-wrote eight of the 12 tracks. Niemann first burst onto the
scene in 2010 with his critically-acclaimed major-label debut, JUDGE JERROD & THE HUNG JURY,
which skyrocketed on the strength of his PLATINUM-certified #1 smash
“Lover, Lover” and GOLD-certified Top 5 “What Do You Want.” His second
release, FREE THE MUSIC, included Top 15 “Shinin’ On Me” and
poignant ballad “Only God Could Love You More.” From Academy of Country
Music, Country Music Association, and CMT Award nominations, to
headlining and touring with some of Country’s hottest acts – Dierks
Bentley, Brad Paisley, and Keith Urban – Niemann continues to make his
mark by creatively pushing boundaries all while offering a sincere nod
to the legends before him.For additional information on Jerrod Niemann, please visit www.jerrodniemannofficial.com.