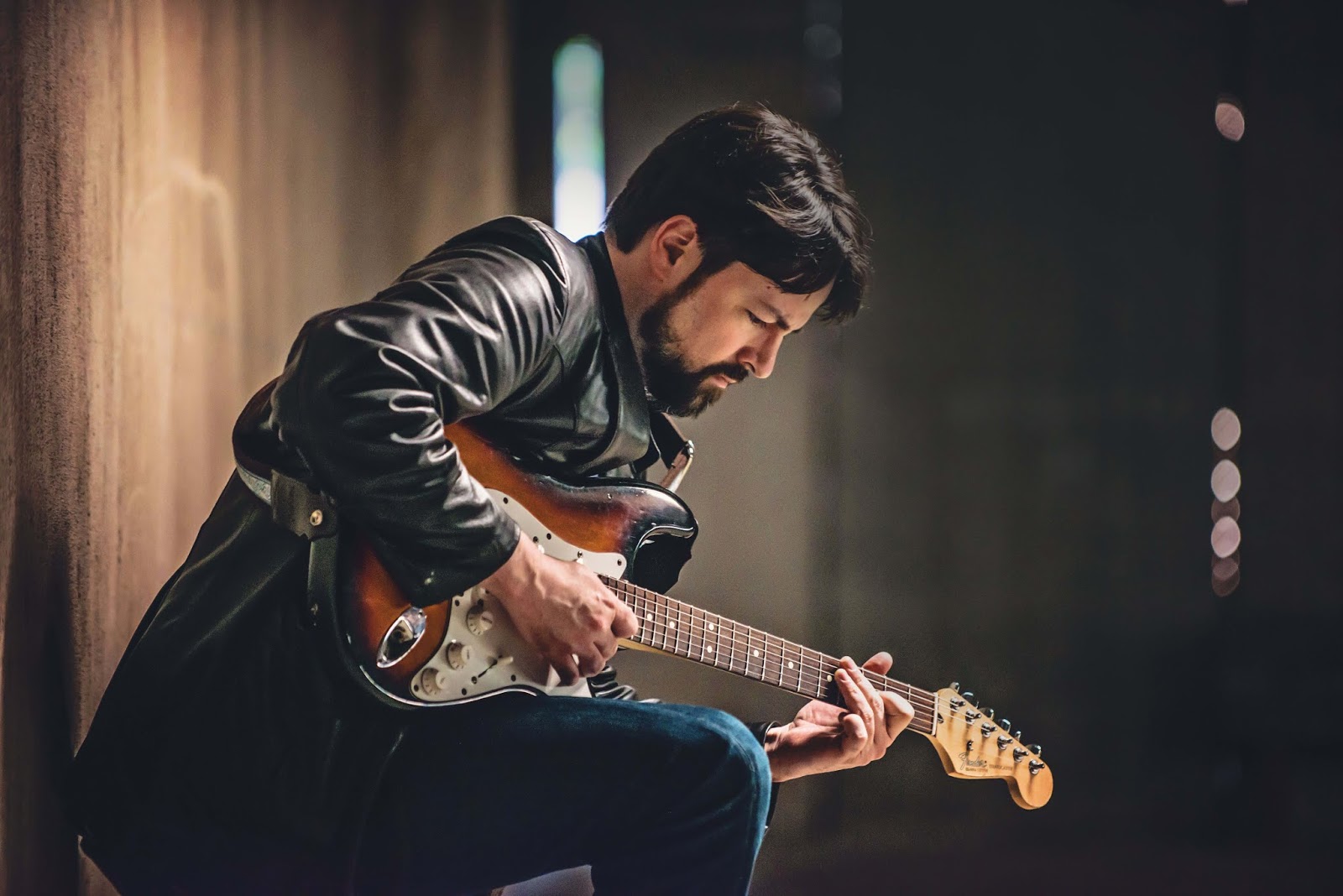 Answer:
The genre that probably best defines what I’m doing now is known as “Outlaw
Country.” It’s influenced heavily by classic country, rock and roll, and folk. It
was originally a Texas movement, and the true pioneers of this genre are Waylon
Jennings and Willie Nelson, who became famous for parting with the traditional
country sound coming out of Nashville in the early 70s. Outlaw Country has
come to mean pretty much anything that sounds rootsy, but doesn’t fit neatly
into the paradigm of mainstream country out of Nashville.

Answer:
My last year was pretty exciting! I released my first radio single, That Woman,
and after 10 months, it continues to chart in the Texas Top 100.

Answer:
The album is called Undiscovered Country. I had some CDs of the album
made, but these days it’s common for people to not even own a CD player. I’m mostly
giving the album away in the form of download cards as a promotion tool, or promoting
it online for streaming. The album has had several very positive reviews in
Texas, and the fans tell me they love it.

Answer:
Undiscovered Country is a term I borrowed from Shakespeare. I felt it
was an apt title, considering how I’m an independent artist just starting to
make a name for myself, and I feel that my particular brand of country and
rockabilly is somewhat different. Conveniently, it also happens to be the subtitle
of a famous Star Trek sequel. That can be a handy ice-breaker at
interviews!

Answer:
I think of myself primarily as a writer, and I’m proud to say that I did write all
the songs on my last CD, Undiscovered Country.

Answer:
While growing up, my biggest influences were rock artists like Jimi Hendrix, Led
Zeppelin, Tom Petty, Kate Bush, David Bowie, and the Beatles. When I set out to
write this album around 2008, I had just starting diving deep into classic
country for the first time while looking for a way past some very bad writer’s block.
I became entranced by the sound of people like Waylon Jennings, Willie Nelson,
and George Jones. I had grown up hearing that music all around me in Texas, but
I was finally giving it the attention it deserved, and it soon became clear that
it was having a profound effect on my songwriting output. Within a month, I had
about 30 new songs I felt excited about, and my writer’s block was cured!

Answer:
My current single, Wild Eyes, has been around a long time as a work in
progress. I wrote the original version in the late 90s, and people have
requested it at shows ever since. I was even offered a publishing deal for it
many years ago, but I wanted to keep working on it before officially releasing
it. It took me quite a long time, but I finally tweaked the lyrics to a point
where I felt proud to fully get behind it.

Answer:
I take inspiration from famous artists I like listening to, as well as local
artists around me in Austin. There are two in particular – Ben Balmer and Jacob
Jaeger, who manage to continually amaze me. I feel very fortunate that I’m able
to call such talented people friends, because I put them in the same league as
anyone who’s famous around the world. As far as my roots run, my sister is a great
singer/songwriter, and my great-grandmother played guitar. I think I have a
second-cousin that played fiddle or banjo in a fairly well-known country swing
band back in the 60s or 70s, but I can’t remember what they were called.
Anyway, the music genes seem to be in my bloodline, though I believe I’m the
first to try to build my whole life around them.

Lamitschka:
If you had the chance to change something about the music industry, what would
it be?

Answer:
I would make the online streaming business much more lucrative for artists. It’s
getting very difficult to make a living playing music. When artists are forced to
split their time between making art and making money some other way, the art
suffers. When art suffers, the fans suffer from a subsequent dearth of quality material
that’s available to them. I find that situation to be quite tragic, since art
is very important to me.

Answer:
My favorite activity is recording. There’s nothing quite equal to having an
idea become reality, and often finding the result sounds even better than I’d imagined
it would. That’s the joy of working with a great producer and a plethora of
gifted musicians in Austin, Texas.

Answer:
I’m definitely my own worst critic – at least as far as I’m aware. I’ve written
hundreds of songs that will never see the light of day. I’m happy to sit on a
song for 20 years before I manage to mould it into something I’m comfortable
with releasing.