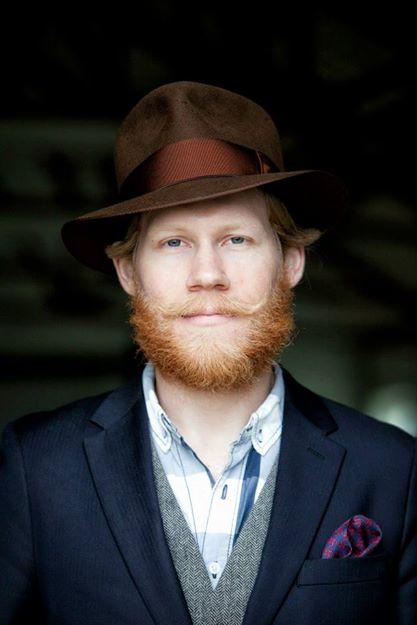 Lamitschka: Music has many new fans throughout Europe who may be hearing about you for the

Answer:I am a 32 year old, ginger-bearded, hat-wearing, storytelling Texan. My music could be

described as a mixture of various roots genres. My songs are equal parts blues, folk, rock and roll,

soul and just about anything else that strikes my fancy.

Answer:My newest project is called‘Under A Texas Sky’. It will be released on March 8th via

Continental Records. I’m excited to share it with the world!

Answer:‘Under A Texas Sky’is a collection of songs by fellow Texas-born artists.
The idea

home state. I chose 5 songs by various artists who hail from Texas, and recorded my own, unique

versions. I’ll likely do a few volumes of these EPs over time,
as you can’t even begin to scratch the

surface of the brilliant artists from The Lone Star State, but for this first edition I did songs by Roy

Horses’is that the songs on UATS are all covers. I’d
never really done a project where the songs

weren’t ones I’d
written myself until now.‘Ready The Horses’is a ten-song record consisting
of all

Lamitschka: You did a duet with your wife, Claire. How did that happen to come about?

Me”, which is a duet with my wife, Claire. I wrote that song while
we were dating long-distance

between New York and Belfast (Northern Ireland), where she’s from.
As I was writing it I knew it

would be perfect as a duet, and I slowly convinced Claire to sing the female part. It took some

doing to coax her up on stage, but now she absolutely loves it, and we sing together every night.

She’s very much a part of the band these days. It’s
pretty special to not only be able to travel with

your wife, but sing with her on stage every night. We’re definitely
a team in every possible way.

Answer:I have absolute creative control over my music, and I wouldn’t dream of having it any

other way. Music is too important, too personal and too sacred to let someone else decide what you

should say through your own songs. I think the moment an artist starts letting outside forces

influence what he or she creates is the moment they should give it up.

Lamitschka: What has been your greatest challenge in music business?

Answer:I think the biggest challenge for any artist is finding a way to make a living through your

art without sacrificing integrity. It’s a difficult task, and
one that I’m constantly trying to figure out,

but one thing is certain; I’d rather be broke and satisfied with
the art that I am creating than to have

plenty of money, but feel I’d been untrue to myself as an artist.

Lamitschka: Any thoughts of retirement ahead?

Answer:There are plenty of places I’ve never played that I would love to visit. I’ve
never been to

Italy or Spain, Austria, Russia, Australia, Japan, South America…this list could go on and on.

Lamitschka: When you’re on tour, do you have time to play tourist?

Answer:The big joke among musicians is that we travel the world, and only see hotel rooms and

music venues. Every now and then we’ll be lucky enough to have
a day off, and get the opportunity

to explore a bit, but the majority of the time, life on the road doesn’t
allow for much usable

Lamitschka: What message would you like to send your European fans?

Answer:I’d simply like to say‘Thank You’. Your support means the world to me. It’s
humbling

and inspiring to find that my music has connected with someone. When you buy my record, stream

my song, come to my concert, etc. it gives me the fuel to keep this crazy dream of mine going. So