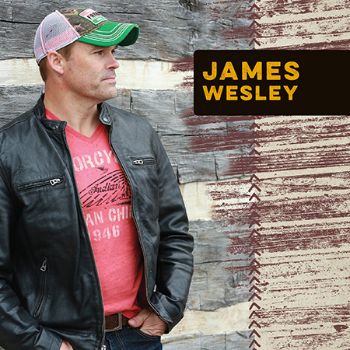 Traditional Country music performer and songwriter, James Wesley, has released a behind the music video in support of his well received current single, “Running.” Watch the video on YouTube or Facebook here.

“This song is so special as it truly represents so many people and how
they feel when they have gone through a personal break up or even
changing jobs or leaving home,” expressed James Wesly. “The fans have
embraced this song and always share with me such special stories and how
it hits home with them, and that is why we write and record songs, to
touch people.”

Wesley is currently touring and promoting the release of his recently
released self-titled EP, “James Wesley,” with the lead single “Running.”
The five song project is a collection of original music, four songs
co-penned by Wesley and one he recorded previously and never released,
but has always loved and wanted it to be a part of this EP. The new
music can be streamed and downloaded on all online streaming platforms
and is available here.

Catch James and his band on the road performing at a venue near you soon!

Country singer/songwriter James Wesley was born and
raised in Mound Valley, Kansas. James was signed to Warner Bros. in 1999
as James Prosser, he released one album Life Goes On before adopting
the Wesley moniker. After relocating to Nashville, Wesley hooked up with
songwriter Rodney Clawson and producer Dan Frizzell, inked a deal with
Broken Bow Records, and released the single “Jackson Hole.” The song
debuted at #41 on the Billboard Hot Country Songs charts, and was
followed in 2010 by a second single, “Real” that topped the charts at
#22, followed by “Didn’t I” at #24 In 2011. James found a new level of
exposure when he was the opening act for two weeks of superstar Taylor
Swift’s Speak Now tour. He continued touring and more singles followed
in anticipation for Wesley’s debut album, Real, including “Walking
Contradiction,” “Thank A Farmer” and “Hooked Up” which appeared in 2012,
2013 and 2015. James continues touring and playing corporate events
across the country. One of the highlights of James Career, was being
asked to be a part of the Merle Haggard tribute album titled “Working
Man’s Poet”, (Released in April of 2014). The two “Hag” songs performed
by James, were “I’m a Lonesome Fugitive” and “The Fightin’ Side of me”.​