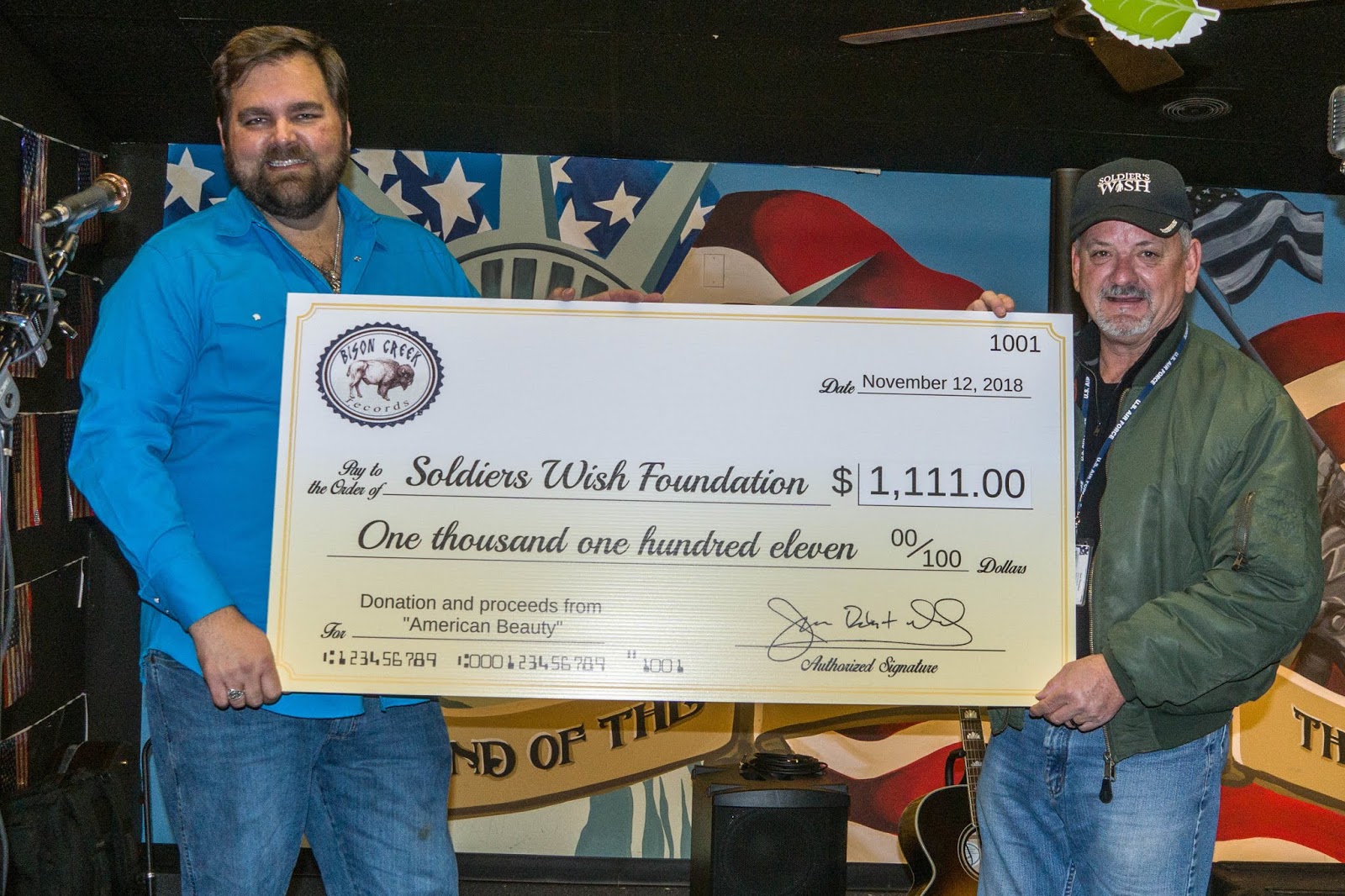 Webb donated proceeds from his single “American Beauty,” as well as tips
from his live shows, to Soldier’s Wish, a Tulsa-based nonprofit
organization dedicated to identifying and fulfilling unmet needs of
military veterans. Webb donated $1,111.00 to the organization. The
number itself carries a special significance to Webb.

“This year’s Veterans’ Day is very special to me,” Webb says. “Not only
am I able to help Soldiers Wish, it also marks the Centennial of
Armistice Day and would have been my grandfather’s 100th birthday. Thus
translating into $1111.00.”

Webb’s family has strong ties to the military. His father served during
Vietnam, and his grandfather was awarded a Purple Heart for his service
in WWII. “My grandfather was born on the original Armistice Day,
November 11, 1918, and later went on to serve in World War II in the
Battle of the Bulge under General Patton,” he says.

Webb presented the check to Soldier’s Wish during a performance at the
American Legion Post 1. He then traveled to Frederick, Maryland for a
special performance with Waterloo Revival at Country 99.9’s Random Act
Of Country concert series on Wednesday, November 14th.  Webb is currently supporting his new single, “Now We’re Gettin’ Somewhere.”

Doctor by day, singer at sundown, true to his blue-collar roots, James
Robert Webb, walks the line between traditional and modern country
music. Raised on a small farm outside of Tulsa, Oklahoma, he grew
undeniably country roots while being influenced by Tulsa sound artists
as diverse as Bob Wills, Leon Russell and Ryan Tedder. His sound is
driven by his unique, indefinable voice and organic, neo-traditionalist
style fused with modern production techniques. James’ 2016 debut, Pictures, yielded two Top 40 singles on the Music Row Country Breakout Chart — “Makin’ Love Tonight” and “How That Feels.” Both singles also broke the top 60 at Billboard Indicator while the latter gave James his first top 40 as a songwriter.