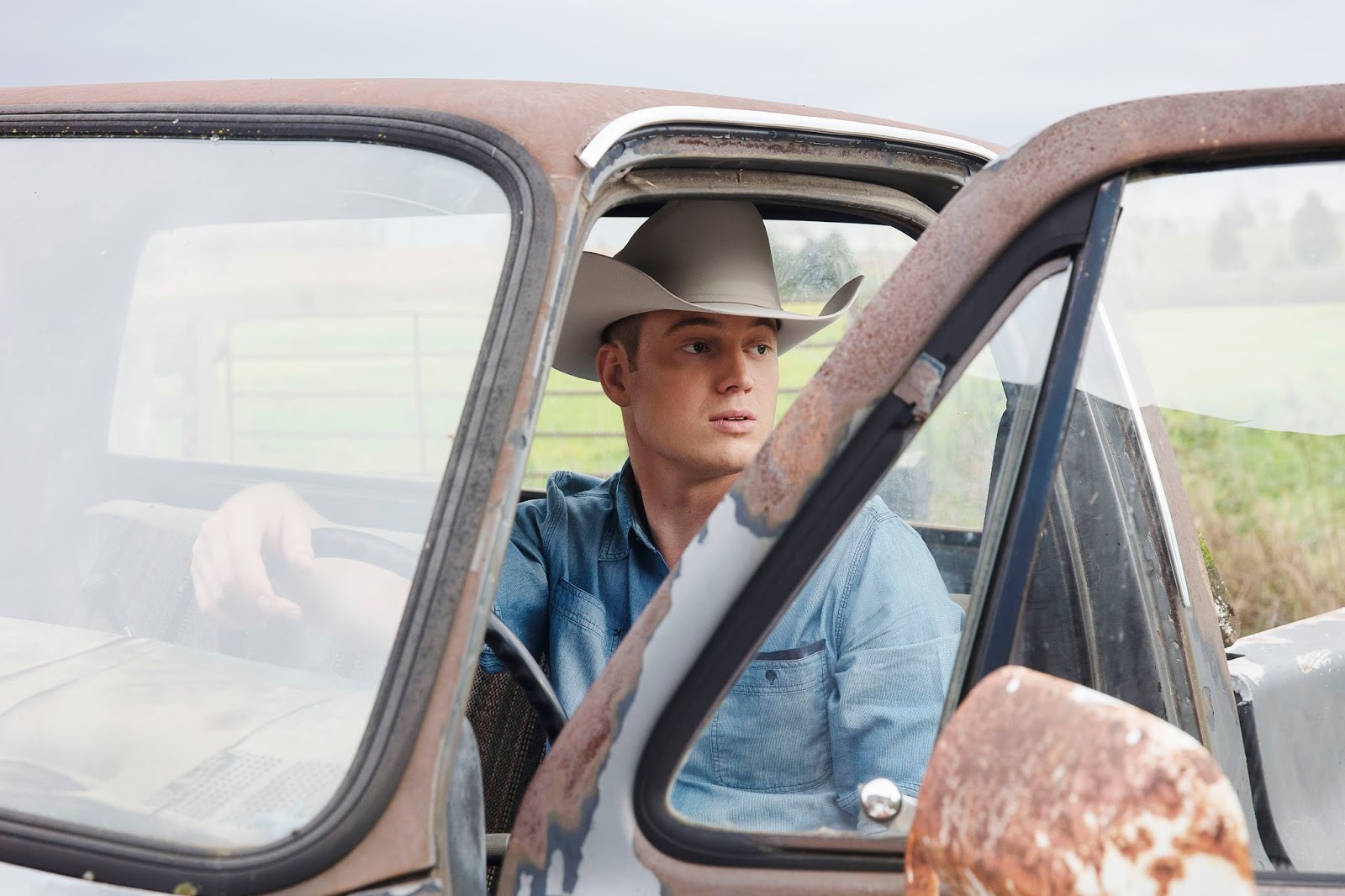 1. Europe has many new country music fans who may be hearing about
you for the first time. How would you describe yourself and the music
you play to someone who has never seen or heard you?
I’m a 7th
generation farmer. I love God and my family. I have been surrounded by
country music my whole life and it’s become a huge part of me, so I feel
really blessed to be able to go out and do this as a career. My music
stems from the traditional side of country, and we love to add a bit of a
modern flare to it as well to keep it interesting.

2. Can you talk about your latest EP, and what we can expect to hear next?
I’m
very lucky to have an amazing team of writers who have my back with
brilliant ideas constantly flowing out of them. Every song on the EP was
written by myself and three other gentlemen by the names of Todd
Clarke, Gavin Slate, and Travis Wood. We steered away from mainstream
country, but also pulled sonic influences from it. I hope to write songs
in the future that speak to people. Songs that they can relate to. I
hope to incorporate a little bit of myself in those songs as well.

3. Who inspires you musically, and how deep do your musical roots run?
I
was blessed to grow up surrounded by musicians in my family on both
sides. I draw a lot of inspiration from them as well as a lot of the
artists I listened to growing up, like George Straight, Keith Whitley,
Randy Travis, and let’s not forget the Shania Twain.

4. What do you think about today’s music scene versus its post, and where do you see it going in the future?
For
the past little while, there have been heavy pop influence on country
music, not that this is a bad thing, but it’s nice to see some of the
traditional sounds coming back with folks such as Midland, Luke Combs,
Colter Wall and more.

5. What differentiates you from other country music artists?
I’d
say that everyone in this industry has an incredible work ethic, so the
only thing I can say to that is I feel like my roots are very deep in
country music and just the country lifestyle in general. In fact there’s
been the odd day I’m up at 4 or 5 am to feed the cattle before driving 5
hours to a gig, smelling all sorts of interesting ;).

6. What have been your greatest challenge in music business?
I
find myself to be very unorganized and I’m also a terrible planner. It
drives my management crazy, but they still love me (I think…).

7. What hopes and desires do you have as an artist?
I
hope to someday be able travel around the world to play my music,
there’s so many country fans around the globe and it’d be awesome to
connect with them.

8. What can your fans expect to see when they see you in concert?
They
can expect to see a lot of energy that can sometimes be misplaced, I’m
no Garth Brooks unfortunately so there’s definitely the odd awkward
dance move.

9. Do you have a favorite song that you wish you wrote?
I really wish I wrote “The Dance” by Garth Brooks, it’s just such a great song melodically and lyrically.

10. What message would you like to send your European fans?I want to say I love you! And thank you so much for giving my music a chance!