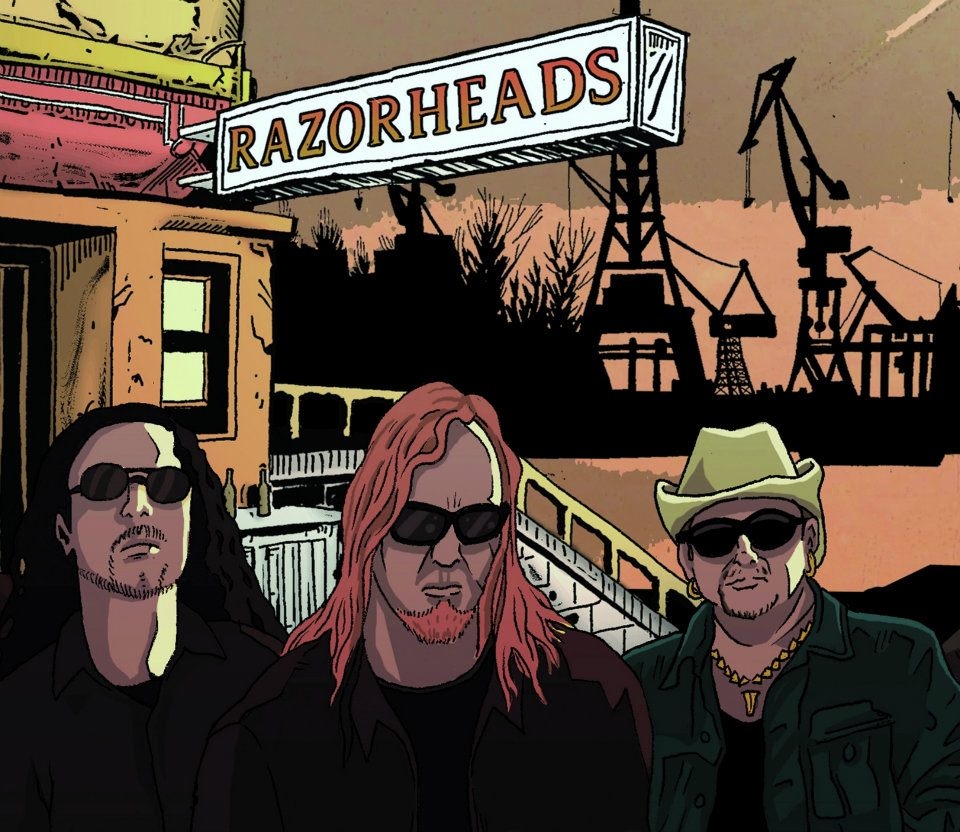 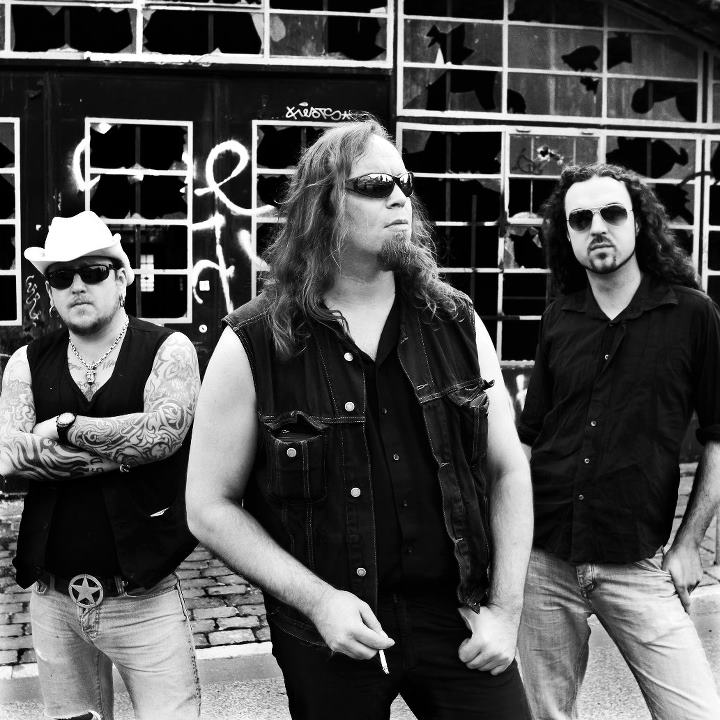 Razorheads: It´s pretty much a mixture of different styles that happen naturally during the songwriting & rehearsing  process. If  a song touches ourselves & kicks butt, it´got a good chance to be on board. At our concerts, a whole bunch of different fellas show up, from alternative country fans, rockers, psychobillys, stoners to punks. I guess what they have in common is their love for loud guitars and an in your face show. It looks like people from all kinds of musical directons dig Razorheads.

Razorheads: Last year was basically a lot of work. We were looking for a new, suitable drummer, which seemed to take forever. Parallel to that I produced & mixed our debut CD. And parralel to THAT I produced 2 shortmovie videoclips (a western & a zombieclip) as well as a third video we shot on a ship in the Hamburg harbour. We´re editing it as we speak, it´s the first clip with our new drummer & is one of the highlights of 2011. Shooting our zombie video was one of the highlights as well. On halloween, we organized a zombie flashmob on the infamous Reeperbahn, heart of the whorehouse district here in Hamburg. This part was shot “guerrilla-style”, we pretty much didn´t know what would happen. According to the feedback I received in advance of filming, we were expecting about 30 undead fellas to show up there. When I arrived there, about 150 zombies were already waiting for the shoot to begin! The spontaneous interactions between them & the hammered guys on the Reeperbahn turned out just great! Shooting our western shortmovie was another highlight as well. Me and director Sascha Connell always wanted to do a western, having recorded a kickass version of “Sam Hall” finally gave us an excellent reason.

Razorheads: It´s our debut CD & will be published in Spring 2012. We´re all in big suspense regarding the reactions of the listeners!

Razorheads: It´s self titled “Razorheads”. We did that, because it really includes a wide range of musical styles and we didn´t want to limit it by using a possibly “shrinking”  album title. Maybe the next one´s called “2”, in a Led Zeppelinesque way, haha…

Razorheads: Yeah, all the songs are written by me, except for three. I collaborated on 2 of  them lyricwise with 2 of our guestsingers (the rapper Ferris MC & Schraube, singer of the band “Razzia”). The third exception is our cover version of the old tune “Sam Hall”, on which I´m accompanied by the american countrysinger Wilson Gil.

Lamitschka:  You did a duet with Wilson Gil How did that happen to come about?

Razorheads: Wilson´s an old friend of mine. My ex band, a bunch of San Francisco fellas, were living in Germany when I got to know them. While we were on the road in the states, they introduced me to him and we kept in contact. While we were rehearsing “Sam Hall” for the album I thought “How cool would it be if Wilson joined us on that one…” I contacted him and sent him a roughmix of the song. He digged it, recorded his vocals in the states and sent it back to Hamburg, where we did the final mixing. Since he´s living in Berlin from time to time, we were able to do a bunch of shows with him over here, which kicked butt big time! It takes balls for sure to play with just an acoustic guitar in front of our rowdy crowd. We all hope that it works out for us playing the states again, it would be great to have him on board over there! He just formed a new band called “The Dtease”, you should definitely check them out!

Razorheads: We have full creative control. We publish our music via a digital distributor who also takes care of our CD mailorder, so no one´s in the position to tell us what´s right or wrong. The album artwork was developed in close cooperation with Till Mantel, a great comic artist and good friend of ours, he did a killer job.

Razorheads: I think it´s the mixture of it all, we like to tear down borders, but not in an intended way. We got a punkrock version of a 300year old song with an american countrysinger, a hardcore metal song with a rapper, a song with a full blown hornsection and a whole bunch of other unique audiococktails. Maybe it looks a bit weird when you´re reading it here, but it will make perfect sense if you crank it up on your stereo, promise!

Lamitschka:  Many European fans travel to the United States to attend the several of the music festivals for the opportunity to see so many of their favorite artists, bands and celebrities. Will you be participating and how will the fans be able to find you?

Razorheads: Yeah, we all hope that it works out with us playing the states. We´re already working on it, additional booking requests would be welcome, of course! All of our live shows, tours etc will be published on our website & on our Facebook & Myspace sites, they´re mentioned at the end of this interview.

You´ll find all infos, music downloads, videos,  tourdates etc there. All pages are updated regularly, on our homepage you can also sign in for a newsletter. So I hope to see you all in our social networks and in  “analog style” at our shows!