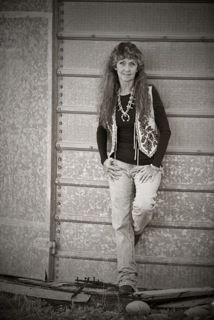 Lamitschka:  How was the last year for you? What were your highlights?
JOYCE SHAFFER:  This past year has been something else. So much has happened. I was inducted into America’s Old Time Country Music Hall of Fame and am honored to share this with so many country music icons. I had some of my songs hit the main country chart and my hit single, Loretta’s Shoes was considered for a Grammy. That was a real honor!  I continue to work on many songs and look forward getting back to the recording studio. 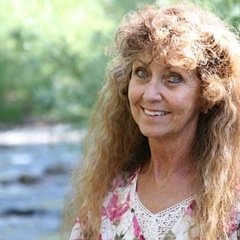 JOYCE SHAFFER:   I have a new single out Loretta’s Shoes which is a song I wrote about a woman I admire so very much….Loretta Lynn. We released it on Loretta’s birthday and got a great response from her. She loved it. That was a thrill. The single has been doing great. I hope to meet up with Loretta and maybe sing it for her. Wow, that would be something else! 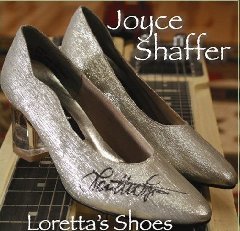 JOYCE SHAFFER:  Well there is a little bit of a story. I was talking with my manager about Loretta and how much we both really like her and I said, “There are no legions being made today and that  nobody could ever fill Loretta’s Shoes” and with that the wheels started turning. Would like to do a video of the song and would be honored for Loretta to have a part in it. My manager got a pair of Loretta’s shoes and gave it to me. Loretta signed them and they are the shoes on the cover of the CD.  You can get this song and others from my site at www.JoyceUSA.net. 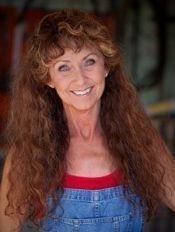 Lamitschka:  Do you write the songs yourself? If not, how do you go about finding the songs for your CD?
JOYCE SHAFFER:  I get it all from God. He writes them and I sing them. That is who I give all the credit.
Lamitschka:  Your current single is being played by radio. What do you feel is special about this song that makes people want to hear it?

JOYCE SHAFFER:  My current single just out on the radio is “Rockin‘ With Jesus“ and has been made into a music video you can see on Youtube. We released it the end of November and so far it is doing great.  I call it my Christmas song. It has no reindeer or Santa Claus in it, but it speaks to God’s greatest gift to us and the true meaning of Christmas. I hope it comforts those that hear it on the radio or watch the video. They can watch the video at:  http://youtu.be/lysPLA6Zw08

Lamitschka:  What kind of songs do you like to record the most?
JOYCE SHAFFER:  I like songs with a message. A song that reaches into someone and makes a difference. I sing a lot of political songs and hope they inspire people in 2012 to take our country back.
Lamitschka:  What is your favorite song among all the songs you have recorded and what’s the story behind it?
JOYCE SHAFFER:  I would have to say “Loretta’s Shoes“ because it is about my idol. Loretta Lynn is a great lady who grew up poor like me and made it with determination and a desire to be true to herself. This song is from my heart to hers. I think so many feel the same way about Loretta. No one will ever fill her shoes.
Lamitschka:  How much creative control do you have over your music?
JOYCE SHAFFER:  I have complete control over what the end result is. I have to be true to the songs that I get and make sure they are the best I can do. I hope God thinks I do a good job.

JOYCE SHAFFER:  I like it all. I guess if I had to choose one it would be singing to the people who come out to hear me. I like to see how the songs reach out to them.  It is a great gift to watch someone’s eyes light up when they hear a song they love enough to sing along with me.
Lamitschka:  What drives you?
JOYCE SHAFFER:  Right now it is the 2012 election. I want to help make a difference with my political songs. Here in America we need to take our country back from those that are in Washington DC now.  If  we don’t do it now there may not be an America the way I grew up knowing it. That would not be good for our country or the world.
Christian Lamitschka ( Ch.Lamitschka@t-online.de )