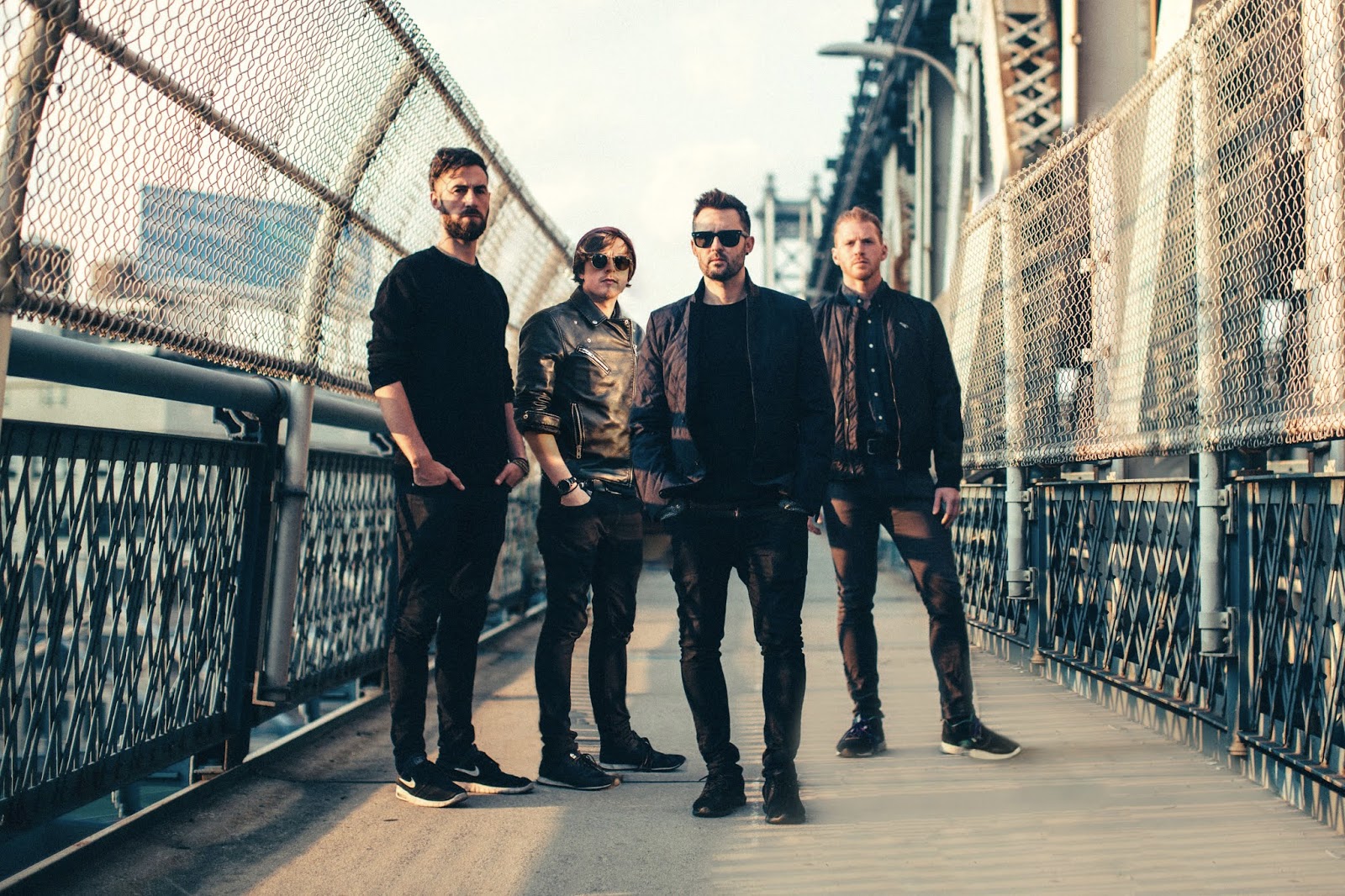 Lamitschka:
Music has many new fans throughout Europe who may be hearing about
you for the first time. How would you describe yourself and the music
you play to someone who has never seen or heard you?

Answer:
Our sound developed on the streets in Ireland. We drive our music
with strong acoustic rhythm and take influence from Christy Moore and
Mumford & Sons in that respect. We like to try and tell great
stories and still have an anthemic sing along track that will
translate well to large stages. But it is all built and tested on the
streets.

Lamitschka:
How did you choose the title for the CD?  Is there a story
behind the name?

Answer:
I
was inspired to write “Ordinary Superhero” by my mother and her
sisters. I’ve always had more of a brother/sister relationship with
my Aunts, so I find what affects them affects me more than the
traditional Aunt/Nephew paradigm. I watched my mother and aunts
overcome so much in their lives. Loss, financial battles, being a
single mother and they inspire me by their strength. Ordinary
Superhero is about that. It’s about ordinary people overcoming
extraordinary circumstances.

Lamitschka:
Do you write the songs yourself? If not, how do you go about finding
the songs for your new album?

Answer:
Yes, we write our stories and work through them while busking.

Lamitschka:
What is the difference between your last album True North and the new
album?

Answer:
With ‘True North’ we felt we had discovered our path and with
‘Ordinary Superhero’ we are exploring deeper into that notion.

Lamitschka:
Your current single „Somebody To Love“ is being played by radio.
What do you feel is special about this song that makes people want to
hear it?

Answer:
‘Somebody to Love’ is an upbeat acoustically driven track.
Definitely been influenced by Irish traditional music here. We hope
it makes people move and dance because we derive great energy from
performing it. I found myself in a many low points the last few years
and realised that sometimes we need somebody to centre us. So, I
wanted to talk about that.

Lamitschka:
You did a duet with Una Healy. How did that happen to come about?

Answer:
We performed together at ‘Country to Country’ in London last year
and we really enjoyed it. So we stayed in touch and when ‘I’m not
me without you’ was written we immediately thought of Una.

Lamitschka:
What is your favourite song among all the songs you have recorded and
what’s the story behind it?

Answer: ‘This
is Heartbreak’ – I suffered a broken heart and wanted to capture
that emotion in a song as best I could. Really zone into it and
simplify its core and we’ve had such an amazing response to it.

Lamitschka:
Do you have any interesting stories about how fans have been affected
by your music?

Answer:
I wouldn’t want to go into any detail, but we have received many
emails and messages from people who lost someone or were dealing with
mental health issues that said our music helped them cope. That’s
always a special feeling.

Lamitschka:
What do you think about today’s music scene versus its past and where
do you see it going in the future?

Answer:
Its diverse and as always things come in circles. I think we’ll see
a rise of rock bands in the future

Lamitschka:
If you had the chance to change something about the music industry,
what would it be?

Lamitschka:
As an artist, you so many tasks such as recording, touring,
interviews. What do you like best, what’s your favourite activity?

Answer:
Writing and recording by far.

Lamitschka:
What was your big break that got you into the music business?

Answer:
I can’t say we’ve had one as such… we just stuck together and
kept working and things continued to grow.

Lamitschka:
Before you became an artist, were your friends and family supportive
or was it a struggle?

Answer:
It’s always a struggle in this game but they were always
supportive.

Lamitschka:
What has been your greatest challenge in music business?

Answer:
Staying in it when the chips are down. You watch your friends
progress in work and family, and you have to just accept you are
committed to your craft.

Lamitschka:
What moments in your career stand out in your memory as highlights
and achievements which you are proud of?

Answer:
Our first Official Number 1 in the Official Chart was a big one and
the first time the audience sang my songs back. There’s a festival
in Ireland called ‘Electric Picnic’ and I attended it for years,
so finally being on those stages listening to audiences singing to me
was amazing.

Answer:
Me, for sure.

Answer:
I don’t really turn off but if I do, a marvel movie in an Imax
screen. Midweek and midday when the theatre is empty. I can actually
switch off.

Answer:
Energy and Interaction. I love to really connect and street
performing for years has really helped me open up and let audiences
in.

Lamitschka:
Do fans mob you everywhere you go, or do they respect your privacy?

Lamitschka:
What’s the best compliment a fan has ever given you?

Answer:
Tattoos of lyrics is a huge one and happens a lot.

Lamitschka:
What’s your favourite song that you wish you could have recorded?

Answer:
‘Little Lion Man’ or ‘With or Without You’.

Lamitschka:
What message would you like to send your European fans?

Answer:
Huge thanks for waiting for so long for us to start coming over. It’s
awesome now to be in Europe so often.

Lamitschka:
Fans are always hungry for good road stories. Do you have one you can
share with us (come on don’t be shy)?

Answer:
We had a video shoot in Mexico a couple of years back. It had a
military theme and so we had army fatigues and prop guns in the trunk
of the car. We drove out of the United States and didn’t pay much
attention. On the way back we had misplaced our passports. Naturally
on the way back through the border heading into the United States we
were more thoroughly searched. We forgot we had the prop guns in the
trunk. All hell broke loose. We tried to explain we were a band and
had to take our guitars and sing some songs as proof. We ended up
sort of entertaining all the border police in the holding area with a
mini gig until our passport situation was resolved.  It’s
funny to think of it now.

Answer:
Sunshine, friends, some beers and just having a care free laugh.

Lamitschka:
Most careers don’t last as long as yours.  What’s given your
career the staying power?

Answer:
Friendship in the band helps. Glove and I grew up together so we
build on that bond.