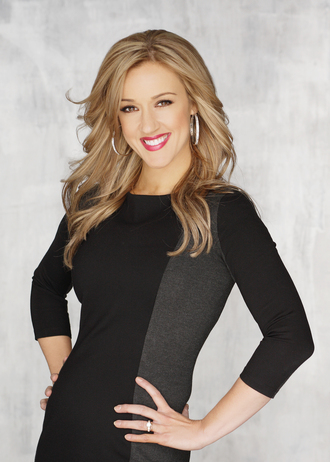 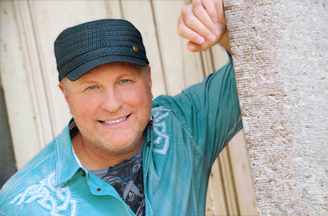 NASHVILLE, Tenn. (October 4, 2016) – The Inspirational Country Music Association® is pleased to introduce the hosts for this year’s Inspirational Country Music Awards Show® honoring and recognizing the biggest names and emerging talent in the Inspirational and Christian Country music sector. Megan Alexander
(actress, book author and longtime correspondent for the national news
magazine television show Inside Edition) and platinum-selling country
music hit-maker, Collin Raye will emcee the 22nd Annual Inspirational Country Music Awards Show® to be held at  7PM the evening of Thursday, October 27, 2016 at Trinity City
(1 Music Village Blvd. Hendersonville, TN). Long time devotees who
share the Faith, Family & Country™ message and have made significant
contributions to the non-profit organization and its mission, both
Megan and Collin are active supporters. Megan has participated in the
annual awards show event upon six occasions as special guest host and
Collin recognized for his contributions to the format as an award
winner.
“I
have always been a huge country music fan and believe country music
touches our souls and inspires us in life.  I love what the
Inspirational Country Music Awards stand for–recognizing individuals in
the ‘Inspirational Country Music’ format,” said Megan Alexander. “I
am thrilled to return to host the awards show to help support and
promote the organization’s ‘Faith, Family & Country’ message. It’s
always an incredible show and this year will be no exception!”
Some of the talented individuals nominated in the 2016 Inspirational Country Music Awards Show® Top 5 include:  Hillary
Scott, Carrie Underwood, Joey Feek, Jayne Carter, Joy Roberts, Jeff
Bates, Scotty McCreery, Vince Gill, Greg McDougal, Johnny Rowlett, Kenny
Lee Robinson (aka Cornbread The Comic), T. Bubba Bechtol, Robby Lynn,
Hunter Logan among many others. Tommy Brandt (who is nominated in six of the 23 categories), Mary James  (celebrates nominations in five categories) and Kali Rose (who is recognized for her talents in four categories) are among the front-runners.
“I am honored to be the co-host for the 23rd Annual Inspirational Country Music Awards Show® at the end of the month,” added Collin Raye. “I
feel blessed to be a part of recognizing the music and the artists
whose talent’s provides comfort and inspiration to a world in such great
need of hope.”
The
show will be taped before a live audience and broadcast via multiple
national television networks (Golden Eagle. KGEB-TV, Tulsa, OK/NRB
Network/Total Living Network (TLN), Aurora, IL/Lifestyle CTN Family
Television/ Creative Christian Network (CCN)/Family Friendly
Entertainment) at a later date. (To be announced.)
ICMA AWARDS TICKET INFORMATION
General Admission Awards Show Tickets are FREE to the public and available on a first-come-first-served basis.
In support of the non-profit organization and its missions, in lieu of
tickets, donations are welcomed and can be made by visiting here.
Seating:
Audience members with FREE tickets will be situated in general
admission seating. VIP seating is reserved for sponsors, registered
conference attendees, nominees and performers.
For more information, visit online www.inspirationalcountrymusic.com.
ABOUT…
Megan Alexander (meganalexander.com)
Megan Alexander is a correspondent for the national news magazine television show, Inside Edition.
As a special correspondent for CBS News, Megan covered Thursday Night
Football in seasons 2014 and 2015. Her acting career has included roles
in the movies “Space Warriors,” the drama “Redeemed” and the upcoming
feature film “Heartbeats.” Megan has just published and released her
first  book titled “Faith In The Spotlight: Thriving In Your Career While Staying True To You Beliefs.” She
emcees various charity events around the country for organizations such
as Girls Quest, Girls Inc., NAM and sits on the Board of Governors for
the Hugh O’Brian Youth Foundation.  Megan has hosted the nationally televised Inspirational Country Music Awards Show on six occasions.

Collin Raye (collinraye.com)
Collin Raye’s searing ballads and electric performances have been
captivating country audiences for more than 25 years. With 16 No. 1
hits, 24 top 10s and ten “Male Vocalist Of The Year” nominations, Raye
has emerged as one of the great voices of our time. The De Queen,
Arkansas native rose to fame in 1991 with the timeless number one hit, “Love, Me.” In 1994, his music video for “Little Rock” led to more than 100,000 phone calls to help lines from those seeking help with their addictions. “Not That Different” pleads for tolerance while “I Think About You”
(awarded as “Video Of The Year” by the Academy of Country Music in
1997) exposed exploitation of women and children. His latest album
projects include
HIS LOVE REMAINS, his first inspirational hymns album, as well as
STILL ON THE LINE, a tribute album to Glen
Campbell. In 2014, Raye released his moving autobiography titled “A
Voice Undefeated.” He has topped the charts with songs such as “In This Life,” “I Can Still Feel You” and “That’s My Story.” He is currently performing accross the U.S. on “The Big 25 Tour.”