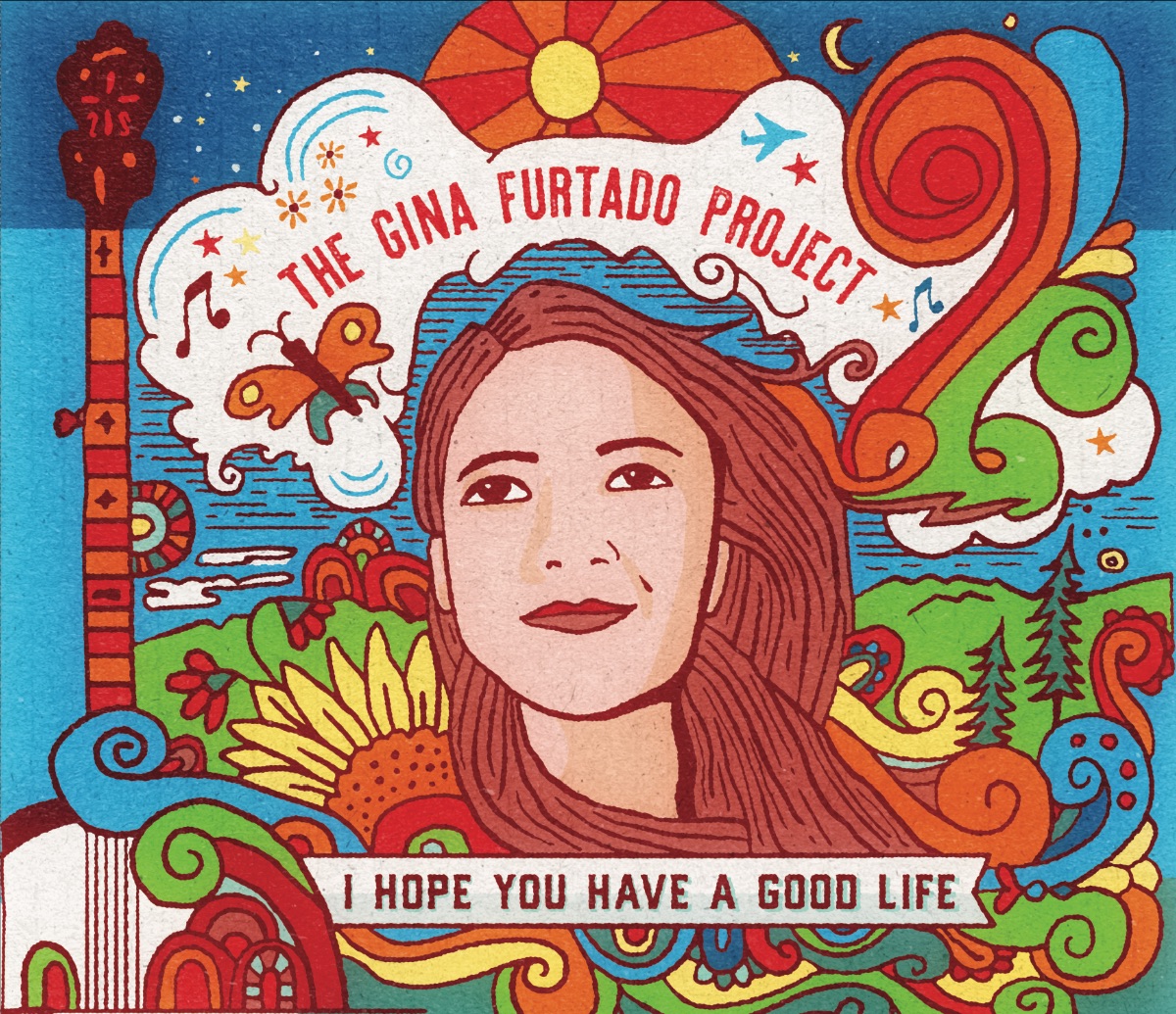 On her latest album I Hope You Have A Good Life, innovative banjo player Gina Furtado shares deeply
personal songs about living life, swallowing pride and respecting
others’ journeys with an authentic artistic voice that is all her own.
This second release from Furtado is now available from Mountain Home Music Company.

On this release, Furtado shows she has invaluable
awareness of the world around her — and of herself — with songwriting
that’s metaphorical yet literal, whimsical yet sensible.

Working with guitarist Chris Luquette — a holdover from Furtado’s 2017 debut, True Colors — alongside Nate Leath (fiddle), Danny Knicely (mandolin) and bassist Mark Fain to record the album, Furtado paints with another broad musical palette on the new release. There’s straight ahead bluegrass drive on numbers like “Shame” and “Princess And The Pea,” but there’s a dazzling array of other textures, too, like the spare banjo-and-vocal of “Story Of An Artist,” the raucous funk of “Can You Picture That” and the tropical syncopation of “Take Your Time.” Each
song is crafted with insightful originality, perfectly yet creatively
matching words with musical moods. Adding to the effect are additional
vocals from Malia Furtado, Teresa Furtado, Bryan McDowell and Chris Jones.

The album begins with the first single, “The First Pebble,” which Furtado
describes as the most personal on the album. “This one was born soon
after my marriage fell apart and I looked around to find I was
surviving, and in fact thriving, when I thought that would not be the
case,” says Furtado. “Ending is just another word for beginning!” “The First Pebble” kicks off the album on an upbeat note, quickly highlighting Furtado’s inventive playing as she takes the first instrumental break.

Lyrically, Furtado authentically represents the feelings of dating and looking for companionship with songs about being rudely stood up (“Take Your Time”), having an irresistible crush (“Dancing To Your Tune”), and dealing with loneliness (“Man Like That”).

She plays with metaphors on “Airplane Ride” and “I Knew What To Do.” The latter takes
listeners through the four seasons, taking note of how beautiful things
will always replace others when their time has passed. “There cannot be
new life without the loss of old,” says Furtado. With
just a hint of sadness, this song expresses what it’s like to recognize
and accept an ending, but look forward to a beginning.

Other songs include instrumental “The Princess And The Pea”; “Try,” about realizing that being human means sometimes winning and other times losing; a cover of “Story Of An Artist”; and “Shame,” a dark and driving song about how individuals can use their power for better or worse. I Hope You Have A Good Life ends with Furtado’s version of “Can You Picture That” from The Muppets, capturing her fun loving spirit.

This collection of music proves Furtado’s
adept at setting her own path, both in life and music. Her raw and
honest storytelling resonates in today’s world where rushing and
selfishness are common, with a heartfelt reminder to appreciate the
journey of ourselves and others — all the while holding on to our own
power.

Listen to I Hope You Have A Good Life HERE.

About The Gina Furtado Project

Formed by innovative artist Gina Furtado, The Gina Furtado Project
brings unique musicianship and songwriting that breaks free from the
assumed constructs of traditional music modalities and makes a new
musical statement influenced by emotion, played with the highest skill,
and expressing an enormous verve and vitality.

Furtado, known for her work as the banjo player for Chris Jones &
The Night Drivers, she has a long history with her banjo. Born and
raised in Front Royal, Virginia, Gina began touring up and down the east
coast in her tween years with her siblings, earning countless ribbons
from fiddlers conventions, a strong reputation in the regional bluegrass
scene, and a stamp from Bluegrass Today as “absurdly talented.” She
later played in a number of regional acts before making her
international touring debut with Chris Jones and the Night Drivers soon
after joining the group in 2016.

While touring, she is joined by Drew Matulich on guitar, Max Johnson on
bass and Malia Furtado, her sister, on violin, who each bring experience
and energy to the band.

Now based in Asheville, NC, Matulich grew up in Georgia and began
playing guitar at 8.  While studying music in college he performed with
several bands of various styles in and around Georgia and Florida before
immersing himself in the Bluegrass scene of Western North Carolina. He
has toured and recorded with Billy Strings, made a guest appearance on
Roland White’s album and shared the stage with the likes of David
Grisman, Bryan Sutton, Sam Bush, Cody Kilby, and Sierra Hull.

Harvesting the wild energy and joy of free jazz and bluegrass, Johnson, a
bassist and composer, approaches his music with love and authenticity. A
first-call bass player in the Bluegrass community, he has performed
with some of the most legendary names in bluegrass, including David
Grisman, Sam Bush, Chris Thile, Molly Tuttle, the Travelin’ McCourys,
Darol Anger, and Jeff Scroggins & Colorado at some of the top
festivals in the world.

Malia’s musical journey began at the age of 3 with classical violin
lessons and took a turn, when she attended her first festival, Galax Old
Fiddler’s Convention, a few years later. Since then, she has performed
with a number of different groups, taken home a range of prizes, graced
the stage of numerous venues up and down the East Coast and given
private lessons in both bluegrass and classical playing. Malia is the
Director of Education at the Front Porch Music School in
Charlottesville, VA, and currently teaches adult continued education
courses in bluegrass fiddle at Blue Ridge Community College in Weyer’s
Cave, VA.