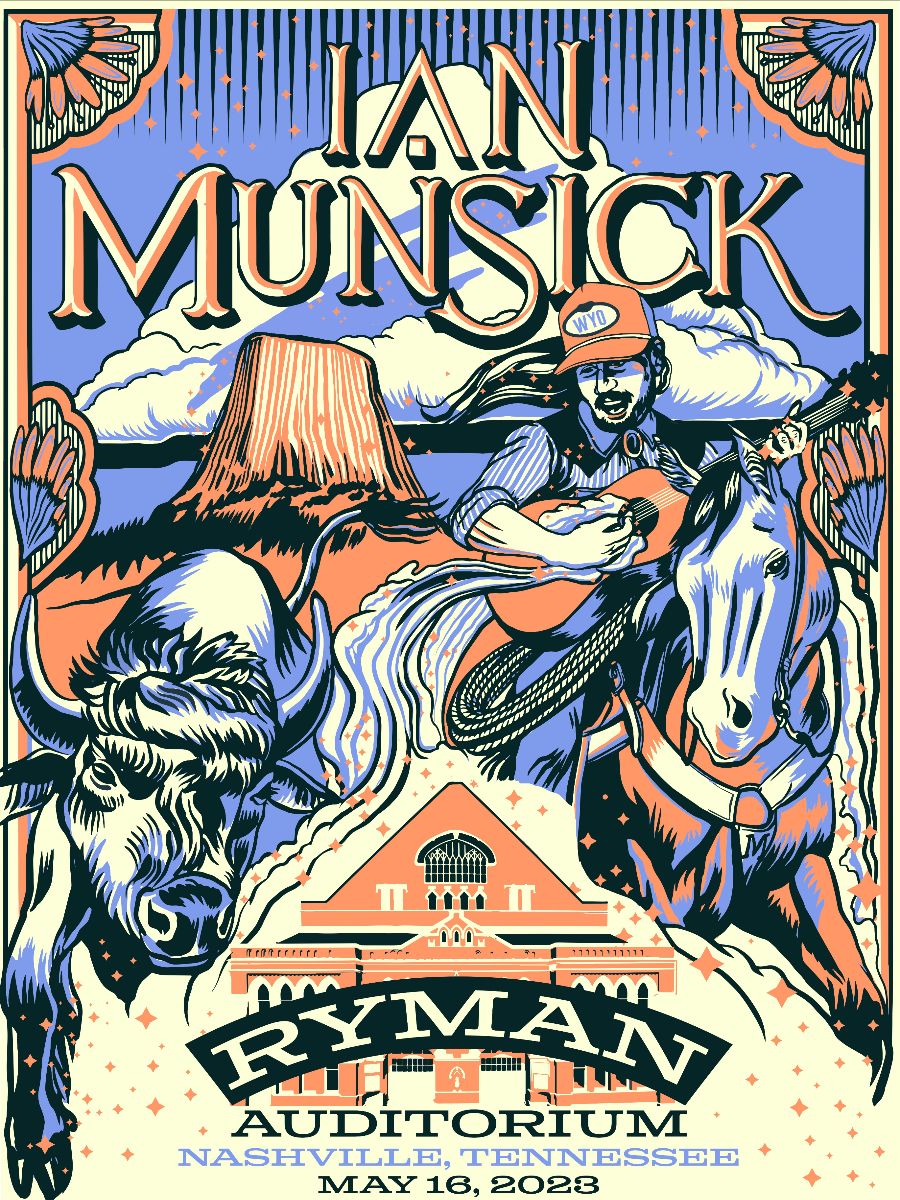 The Performance Will Serve as the Official Album Release Show

On the heels of announcing his sophomore project White Buffalo, due April 7, Wyoming native Ian Munsick is bringing his free-spirited, awe-inspiring portrait of the American West to the bustling streets of Music City – setting his debut performance at the historic Ryman Auditorium for May 16, 2023. The hallowed stage serving as the backdrop for Munsick’s official album release show, he’ll tip his hat to his homeland, traversing the audience through the 18-track ode to its wild landscape and complex characters.

“If there’s one building that embodies the spirit of country music, it’s the Ryman,” shares Munsick. “I remember when I visited Nashville for the first time, my parents took me to see the Grand Ole Opry and it just so happened to be hosted at the Ryman that night. Watching Ricky Skaggs burn down the auditorium with Kentucky Thunder left me shook. 12 years later, I plan on doing the same thing, but this time, it’ll be Wyoming style. Playing my new album White Buffalo front to back for the very first time on the most legendary stage in country music is bound to be an unforgettable night. I hope I get to share that memory with you!”

Munsick will kick off his Long Live Cowgirls 2023 Tour, named after the song that has gained over 72 million global streams to date and topped SiriusXM The Highway’s Hot 30 Countdown, this Friday. Featuring support from rising singer/songwriter Ashland Craft, the tour will open with a sold-out show at the legendary Gruene Hall. Tickets for the run are available HERE.