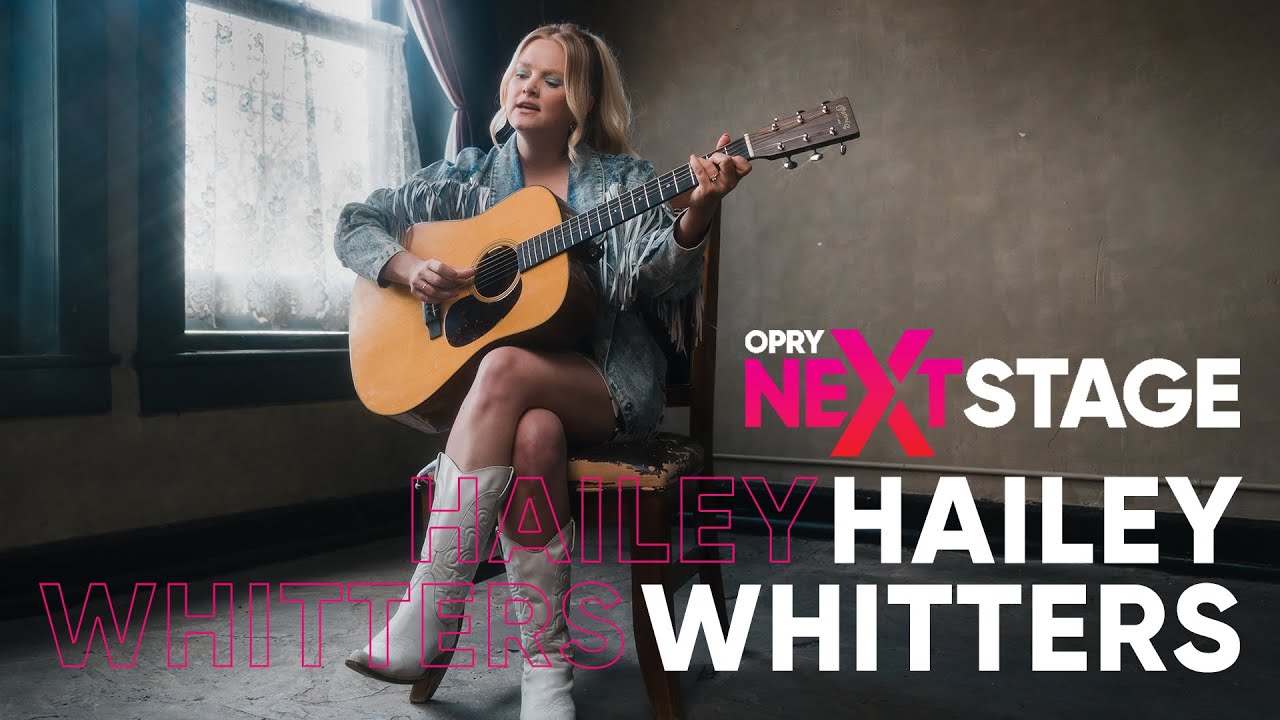 Opry NextStage announces first artist in the Class of 2021

As the Grand Ole Opry gets back to entertaining full-capacity audiences, some rising ‘next generation’ stars will be taking the stage.

During a Zoom meeting on June 1, Jordan Pettit, the Director of Artist Relations for Opry Entertainment Group, announced the first artist to be part of the class of 2021 in the Opry NextStage program.

Pettit introduced Hailey Whitters, a singer-songwriter from Ville, Iowa. She recalled visiting the Grand Ole Opry at the age of 15. Backstage, she boldly went up to Little Jimmy Dickens and told him, “I’m going to be in country music someday.” Dickens told her to keep on saying it. Two years later, she moved to Nashville and played her first gig at Ri’chards Café in Little Creek, Tennessee. A few years later, she was back at Ri’chard’s, but this time she was waiting tables and keeping her dream alive.

As Pettit pointed out, Whitters is “now twelve years into a ten-year town” and the release of her album, The Dream, showed the depth of her creativity as an artist and a songwriter.  In his introduction, Pettit described Whitters as “so vulnerable, bold, honest and raw.”  Whitters said that being part of country music and performing on the Opry stage “was all I ever wanted to do.” She made her Opry debut on August 7, 2019 and will take the stage for the Opry’s Saturday show on June 5.

Whitters echoed Pettit’s statement, noting that it took her twelve years to get where she wanted to be. She said, “I think that if those twelve years showed me anything, they showed me just how hard it can be.”

Pettit said that a new artist in the 2021 Opry NextStage program will be revealed on the first of the month for the next seven months. Pettit stated that the intention is to develop the next generation of country artists. “We hope to bring all our assets to help them break out, and maybe down the road, become members of the Grand Ole Opry,” he said.

Describing the assets of the Opry Entertainment Group, he included the Circle Television Network, WSM Radio and the Ole Red venues in addition to the Opry itself. He noted that Circle TV now reaches more than 150 million viewers, following its launch in January 2020.

Moderating the Zoom call, fiddle phenom Natalie Stovall said that the Grand Ole Opry shows continued during the pandemic, even without a live audience in the theater. Beaming live online, said Stovall, “The Opry attracted viewers from around the world. People needed that during the pandemic.”

Dan Rogers, Vice President and Executive Producer of the Grand Ole Opry, revealed that the Opry is about to reach its 5,000th straight Saturday night performance. He also said that the Opry Entertainment Group will release a new album of performances recorded on the Opry stage during the pandemic.