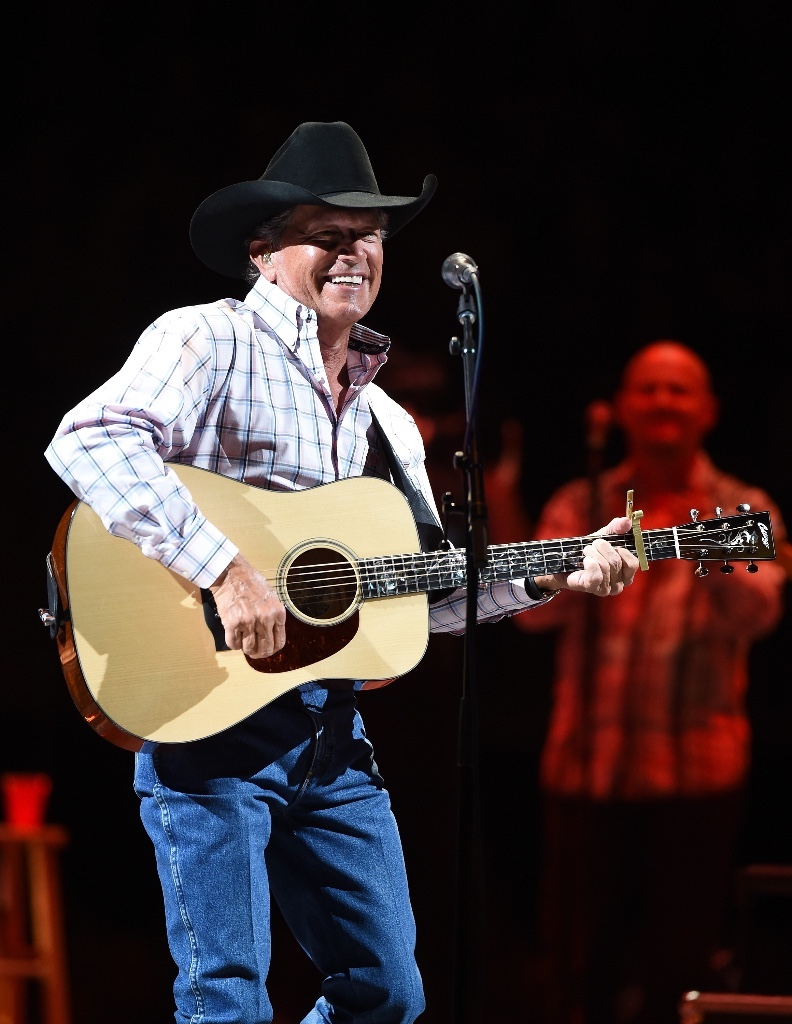 The “King of Country Music” captivates 19,222 concertgoers during his opening night at new Las Vegas arena

LAS VEGAS, Nev. (April 23, 2016) – On a balmy Friday night in Las Vegas, the heat only added to the excitement as George Strait packed the new T-Mobile Arena and captivated a record-setting 19,222 fans during the opening night of his Strait to Vegas
exclusive concert series. With his Resistol cowboy hat on his head, his
signature Wrangler shirt and denim with a well-worn acoustic guitar and
the expert Ace in the Hole Band backing him up, Strait proved once
again that he is the undeniable “King of Country Music” and consummate
entertainer. As he churned through hit after hit, he lived up to the Las Vegas Review Journal‘s bolstering observation, “George Strait is someone you can legitimately say is in a league of his own.”

“I’ve missed you guys and I’m looking forward to being here a few more
nights this year,” Strait told the crowd early on in the night before
performing for over two hours. In addition to playing a selection of his
illustrious 60 career No. 1’s including “Give It All We’ve Got
Tonight,” “Ocean Front Property,” “All My Ex’s Live in Texas” and more,
Strait also took a moment to pay tribute to Merle Haggard who was not
only an icon for Strait but also a friend. “We’ll never get to hear
Merle play live again, but his music will live on forever,” Strait said
before performing a medley consisting of “Mama Tried,” “Fightin’ Side of
Me,” and “My Life’s Been Grand,” with Strait pausing at the end in
remembrance.

Strait first announced his plans to perform a series of select shows at
T-Mobile Arena last September, immediately selling out every date in the
Strait to Vegas concert series for 2016 and 2017. Musgraves will join Strait as support for all 2016 dates.

Upcoming Strait to Vegas dates are as follows, with more likely to be added in 2017: