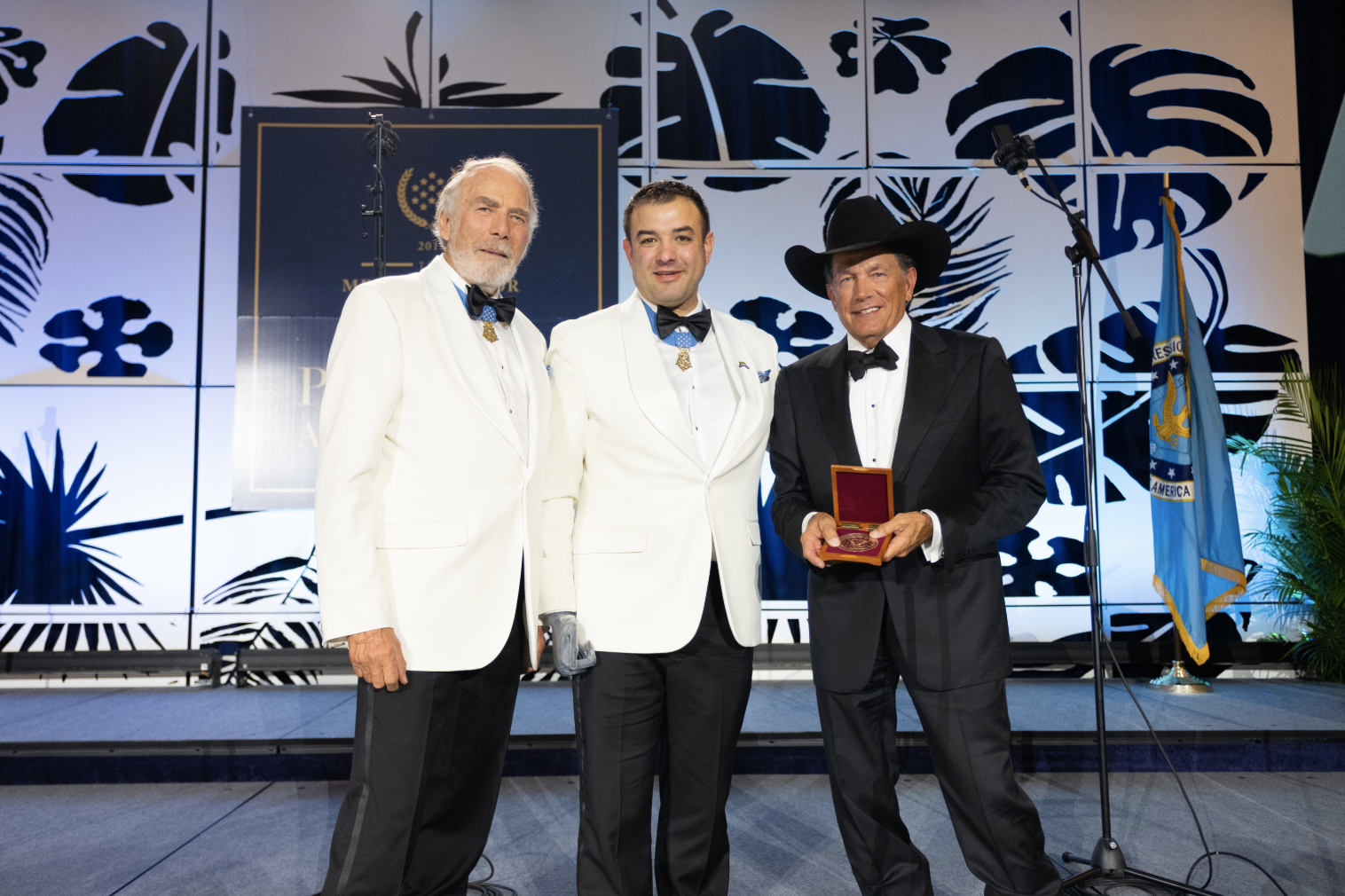 The undisputed “King of Country Music,” George Strait again used his platform for good, recognizing National First Responders Day yesterday, Oct. 28, by supporting The 100 Club of San Antonio’s efforts to assist families of fallen first responders in connection with his latest single “The Weight of the Badge.”

Written together by Strait, his son Bubba and longtime collaborator Dean
Dillon, “The Weight of the Badge” off Strait’s most recent album, Honky Tonk Time Machine, speaks to the sacrifices made by our nation’s first responders and marks Strait’s record-extending 100th entry on the Billboard Country Airplay chart, where he also holds the record for most Top 10s with 61 songs.

Strait was recognized last Friday, Oct. 25, at the Medal of Honor Convention’s Patriot Award Gala with the Bob Hope Award for Excellence in Entertainment, which honors entertainers who demonstrate an exceptional commitment to the U.S. military through film, literature or music.

He also recently announced his return to the heartland in 2020 via performances at INTRUST Bank Arena on Friday, January 24 for Visit Wichita Presents Strait to Oz and in Kansas City for Strait to the Heartland at
Sprint Center on Saturday, January 25 and Sunday, January 26, 2020.
Additionally, fans can catch Strait later this year at at Dickies Arena
in Fort Worth, Texas on Nov. 22 and 23, plus two additional “Strait to
Vegas” shows at T-Mobile Arena in Las Vegas on Dec. 6 and 7. For more
information, visit www.GeorgeStrait.com.

Photo Credit: Ryan Johnson for the Medal of Honor Society