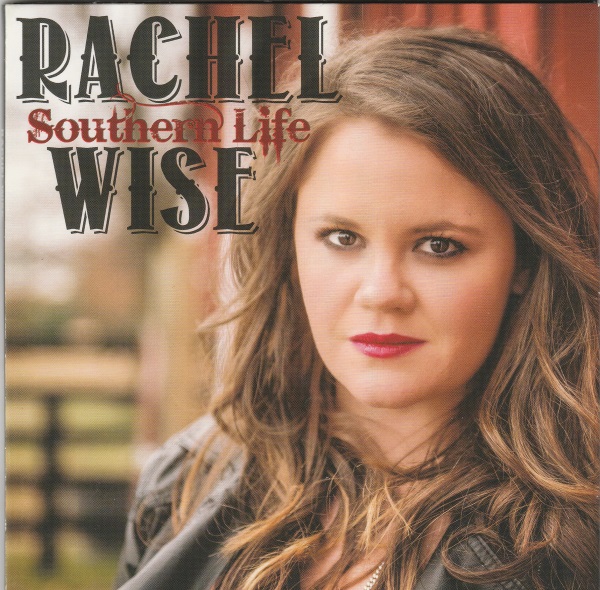 Says Rachel,
“The musical concept came from me noticing there’s a space in country
music that I wanted to fill. There are very few female country artists
with a southern rock sound, and it’s my favorite genre! I kept wishing
to hear more women do this kind of music then realized maybe I should
stop wishing and do something about it.”

A Mississippi
native, Rachel Wise grew up listening to an eclectic collection of music
from heavy metal to classical to contemporary Christian. Being born
into a musical family, she made her public singing debut at the age of
two at her grandparents small church in Ashland, MS. Since then, she has
been involved in various choirs and worship bands for most of her
life. She broke into the Memphis Music scene in the fall of 2012, when she began her songwriting career. She and her songwriting team began crafting her signature sound.

Says Rachel,
“The writing process was pretty simple. Steve Corbett, Bernard DeSeck,
and I were all so excited to be doing this that when we would meet
weekly, we’d all have stuff we couldn’t wait to share. One week Steve
showed us some riffs he had been working on that I absolutely loved. It
had a swampy backwoods sound that inspired me to write ‘Southern Life,’
which is all about my life in the south. I grew up on a dirt road in the
backwoods of Mississippi and I love to go mudding and shoot guns and
drink sweet tea. the lyrics reflect that. A lot of the other songs talk
about relationships and draw from the emotion of a fresh breakup or how
it feels to actually get to be with your soulmate. There are also a
couple of Christian songs, because my relationship with Jesus is
probably the biggest part of my life. I was always told to write about
the things I know so it’s an album full of songs that tell you about my
life which was very comfortable for me. The recording process was a
different story altogether. I had never done any recording in my life.
Here I was in a room full of experienced musicians and engineers and the
legendary Jim Gaines producing. I definitely felt like a tiny fish in
an ocean, but we got it done and I hit some notes I didn’t know I had in
me. I feel like recording that album made me grow more as a vocalist
than anything else I’ve ever done.”

Rachel has been
the featured artist twice on 95.3 The Rebel’s ‘Rebel Roadhouse’ and a
guest artist on Rock 103’s “Memphis Made.” She also has headlined at the
Hard Rock Cafe on Beale Street, and at historic Lafayette’s Music Room.
In support of her new album release, Rachel is currently working on a
music video for the title track of “Southern Life,” coming soon!

In closing
Rachel has this to impart, “I hope you love the sound, and you enjoy
listening to the music, but I hope the lyrics bring you what you need to
hear, whether you need the message of Jesus’ love, nostalgia, or it
helps you get over a break up, or just brings a smile to your face
because it’s fun, my hope is it effects you in a positive way.”