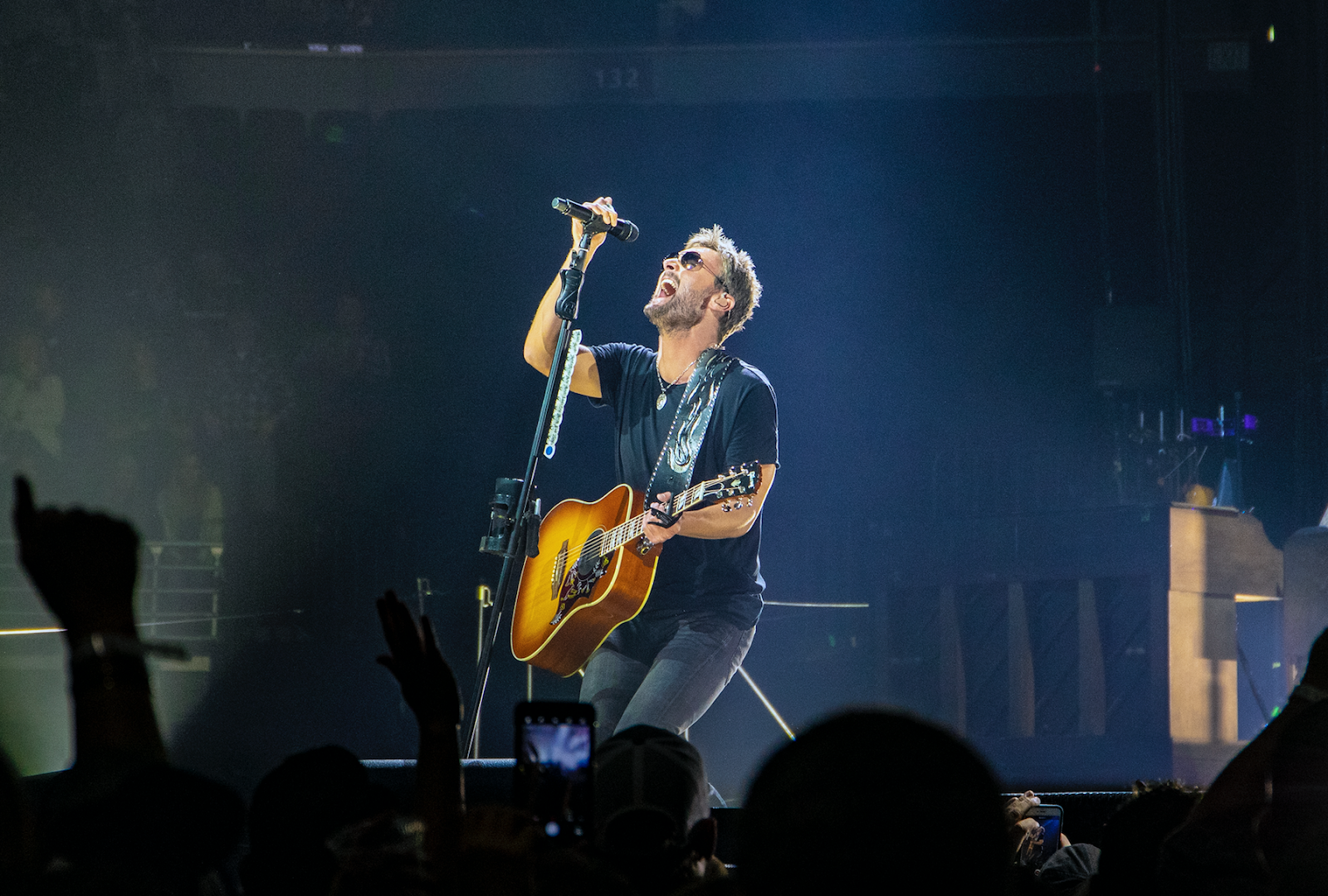 For
the first time in its 20+ year history, Music City’s Nissan Stadium
will host a live show featuring a singular artist, sans opening act, as
multi-Platinum superstar Eric Church is set to make his stadium-headlining debut this Saturday, May 25. As usual, the country music renegade is doing it his own way.

In keeping with all previous dates on the Double Down Tour,
Church alone will perform three hours of music spanning his entire
six-album catalog. Remarking on the true uniqueness of this touring
approach, Pitchfork declares that he “proves himself the rare star trying to change the game from the inside” while Stereogum notes that he is “at the top of his genre because he breaks its rules in big, exciting, arena-filling ways.”

Last time a Church tour stopped in
Nashville was indeed an “arena-filling” night, as he set an attendance
record at Bridgestone Arena with 19,000 fans in the building. He will more than double that number as he elevates his current live show praised by People as “worthy of a title such as ‘Entertainer of the Year’” to stadium-filling status.

Prior to the groundbreaking show, the Church Choir Tailgate open
to fan club members will take place on the stadium’s South Lawn.
Starting at 3:00 p.m., the party will feature exclusive merchandise,
games, food trucks, Jack Daniel’s drinks and a unique vinyl truck
offering a special edition of Desperate Man that
includes a live version of the title track pressed on sky blue vinyl.
As doors open, fans will also be treated to the music video premiere for
his current Top 15 single, “Some Of It,” on the stadium screens.

The three-time Country Music Association and six-time Academy of Country
Music Award winner released his highly-anticipated album Desperate Man atop the Billboard Country Albums chart on October 5. The album also debuted at No. 5 on the all-genre Billboard 200. Rolling Stone describes
the album as “classic Church: expertly crafted and
country-radio-friendly, while also pushing boundaries in a way that
sounds natural and unforced” and American Songwriter notes that
it “sublimates the pain of a tumultuous year into his most
adventuresome album yet.” Church has returned to the road for his 2019 Double Down Tour, visiting
nearly 30 markets for back-to-back nights of two unique shows
sans-opening act to give fans 6+ hours of his iconic music in each city.
The tour also includes a massive stop at Nissan Stadium in Nashville
where Church will more than double the attendance record set at
Bridgestone Arena in 2017.