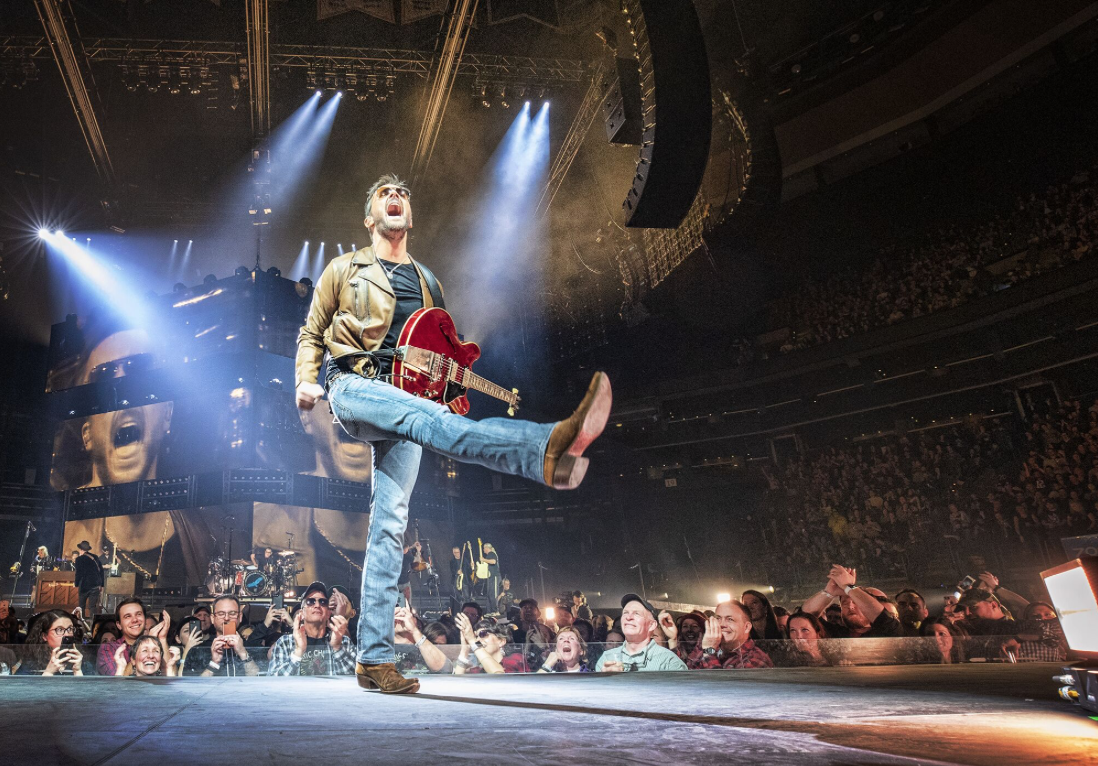 After a rousing start to his Double Down Tour, Eric Church spoke directly to his faithful Church Choir in a video message,
announcing 13 added shows across eight cities (with multiple nights in
select arenas) to his 2019 trek, Sept. 13 through Nov. 23, to follow the
19 cities previously announced this spring.

Yesterday, March 14, the ACM Album of the Year nominee told his fans “I
don’t want to be two months from the end of this thing – so we’re going
to play a little more… I can’t thank you enough for what this is and
what I’m seeing every night. I appreciate everybody giving me everything
they’ve got and I look forward to seeing you on the road!”

Church has set a new standard for touring with his back-to-back stands in each city of the Double Down Tour, with Rolling Stone pointing
out each night’s unique “set list that dwarfs those of his country
peers… where loose, funky explorations [are] given just as much space as
the singer’s radio hits” and the Kansas City Star noting that
the concept works “to showcase Church’s expansive range.” Thus far,
Church has performed almost his entire catalogue from the span of his
six studio albums, continuously introducing first-time performances as
the tour progresses to make every show completely its own. The St. Louis Post-Dispatch also
praised this structure of the tour, proclaiming “it was perfection. And
then, after two hours and 45 minutes of music, it was over. Until the
next night.”

In addition to unique set lists, each night of the tour has also seen
elements specific to the host locations themselves. Church’s references
to local venues he played in his earliest days and tribute-filled
medleys have won crowds over in every city thus far – from Fenway Park
classic “Sweet Caroline” in Boston to the falsetto notes of Prince’s
“Kiss” in Minneapolis and a twangy version of Eminem’s “Lose Yourself”
in Detroit – leading Forbes to declare, “It’s a show where paying tribute to Merle Haggard in the first set and Queen in the second set feels natural.”

Church himself has also made a point to surprise unsuspecting fans with
tickets to the pit encapsulated by the stage itself at various shows,
handing out passes on the streets of Boston and in the top rows of the arena in Minneapolis.

A pit ticket pre-sale for all added shows except the Oct. 25 Little
Rock, Ark. show (additional details below) begins on Tuesday, March 19
at 9:30 a.m. through the Eric Church Official App with
an additional pre-sale for paid fan club members running from Tuesday,
March 19 at 10:00 a.m. through Thursday, March 21 at 10:00 p.m. and
tickets on sale to the general public on Friday, March 22 at 10:00 a.m.
All times are local.

As Church takes over each added city, there will continue to be many new
and exciting events happening throughout as well as unique merchandise
available. As in the past, fans have the opportunity to pre-order These
Boots by Lucchese or to purchase their own pair on site in the venue
concourses. New this year, Jack Daniel’s has debuted an exclusive Eric
Church Edition Single Barrel bottle, available at select liquor stores
along each stop of the tour with engraving trucks set up for fans to
personalize their bottles. Proceeds from this bottle will help support The Chief Cares Fund. For more details on Jack Daniel’s locations and how to pre-order These Boots, be sure to visit ericchurch.com.

Additionally, fans can prepare for upcoming tour dates with Apple Music’s new “Get Ready to Double Down” exclusive playlist and keep the celebration going all year long with “The Party Never Ends,” both available as part of a free three-month trial for new Apple Music subscribers (terms apply).

The three-time Country Music Association and six-time Academy of Country
Music Award winner released his highly-anticipated album Desperate Man atop the Billboard Country Albums chart on October 5. The album also debuted at No. 5 on the all-genre Billboard 200. Rolling Stone describes
the album as “classic Church: expertly crafted and
country-radio-friendly, while also pushing boundaries in a way that
sounds natural and unforced” and American Songwriter notes that
it “sublimates the pain of a tumultuous year into his most
adventuresome album yet.” Church has returned to the road for his 2019 Double Down Tour, visiting
more than 25 markets for back-to-back nights of two unique shows
sans-opening act to give fans 6+ hours of his iconic music in each city.
The tour also includes a massive stop at Nissan Stadium in Nashville
where Church will more than double the attendance record set at
Bridgestone Arena in 2017.