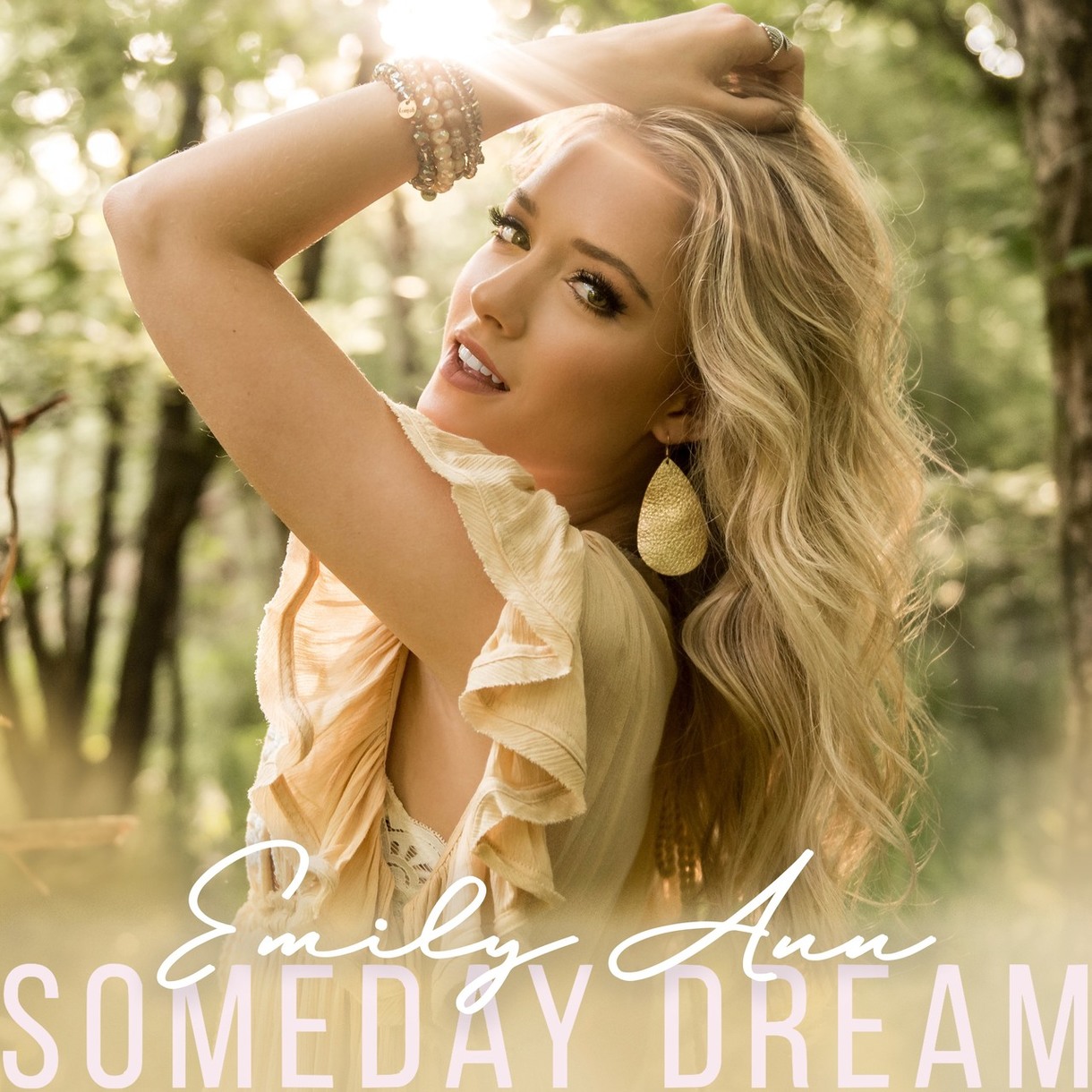 Emily Ann Roberts, who Rolling Stone
recently included in their Top 20 acts of CMA Fest, has always been a
big dreamer and today one of her “someday dreams” comes to fruition.
The country traditionalist’s debut EP, Someday Dream, is
available worldwide now.  The EP, produced by award-winning Jason Saenz,
mixed by Chuck Ainlay and mastered by Adam Ayan at Gateway Mastering,
is a collection of six songs, five of which Roberts has writing credit.

“I’ve worked so hard for the past few years on this music and I
couldn’t be more excited that it’s finally out,” exclaims Roberts.  “I’m
gonna take a minute today to enjoy my ‘someday dream’ of releasing a
collection of original music.”

Someday Dream is currently at #4 on the iTunes country
album chart, among such company as Luke Combs, Chris Stapleton and
Runaway June, and #38 on the iTunes all genre album chart. It features
three previously released songs, including the title track that Robert
returned to The Voice to perform earlier this summer, as well as three new songs.

God Must Have Told You To (Dee Briggs, Julie Forester, Brittany Taylor)

Check it out here.

Influenced by artists such as the Dixie Chicks and Dolly Parton, Emily
Ann Roberts aims to take her love for authentic, classic country and
make it fresh and new.  She was raised on mountain music and bluegrass,
so her love for that sound shines in her new country releases and sets
her apart. After learning how to play guitar in the 6th grade, she began
singing all over her hometown of Knoxville, Tennessee. In 2015, she
placed as the Runner-Up on NBC’s The Voice.  Roberts then began
cowriting and recording her own music in Nashville while playing shows
at venues across the country. After working for three years on her
music, in September of 2018 she made her debut release of her first
original song, “Stuck On Me + You” and then followed that with another
passionate original, “I’ve Got Forever”.

Roberts is determined to continue creating music that makes an
impact in the lives of those who listen. Her newest single, “Someday
Dream,” has a message of taking hold of your biggest dreams and chasing
them in every moment.  Roberts wants her listeners to know they’re able
to live out their dreams.

Roberts was recently included in Rolling Stone’s 20 Best Acts of CMA Fest among hundreds of emerging and superstars artists.

Roberts also has a passion for makeup and fashion and loves the
outlet it gives her to be creative. She is a collector of cowboy boots
and is always on the hunt to find a new unique pair to add to her
collection. She also loves baking and decorating treats for people to
enjoy and dreams of having her own cookbook one day to share her
favorite recipes with others.