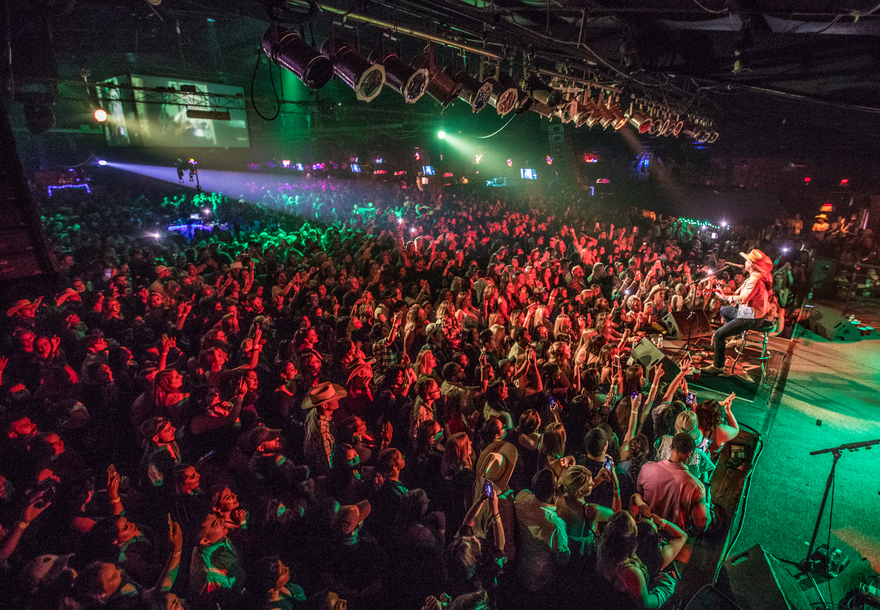 NASHVILLE, Tenn. (September 14, 2017) – DUSTIN LYNCH
took the stage Tuesday night (9/12) for a sold-out benefit concert at
Cowboys Red River in Dallas to support victims affected by the recent
combined tragedies of Hurricanes Harvey and Irma. The show, which Lynch
announced last week after a visit to Texas where he witnessed the
devastation of Harvey firsthand, was a high energy, packed-house tribute
to the people of the affected areas.

As a thank you for their donation, the first 500 fans in attendance received a physical copy of Lynch’s new album CURRENT MOOD.

“To
come back to Dallas and get to put on a show for these folks really
means a lot to me,” said Lynch. “The people affected by this hurricane
have shown so much strength and it’s truly been inspiring to see the
community come together and support each other.”

Lynch
was moved to take action after an impactful meeting with hurricane
evacuees who sought refuge in Dallas shelters. With help from local
radio stations KPLX and KSCS, the hitmaker organized the spontaneous
event to not only raise funds but also spirits.

All proceeds will be donated to support ongoing storm relief efforts throughout the Southeast, via the American Red Cross.

Lynch will close out the week on the West Coast, visiting ABC’s Jimmy Kimmel Live! tonight (9/14) for an outdoor stage performance as he continues to celebrate the release of CURRENT MOOD and his fifth consecutive chart-topper, “Small Town Boy.”

Since
releasing his PLATINUM debut single, “Cowboys and Angels,” Lynch has
been on a steady path toward superstardom with five consecutive #1s, two
Top 5 albums, PLATINUM-level certifications and tours with the biggest
names in Country music (Luke Bryan, Florida Georgia Line, and Brad
Paisley). Racking up over 113 million views on YouTube/VEVO, scoring 245
million-plus streams on Spotify, soaring to #1 on the MTV Music Meter,
and selling 3 million digital tracks, he brings a fresh combination of
traditional influence and edgy intensity to the genre. Following his
sophomore album, WHERE IT’S AT (Broken Bow Records) – which
debuted at #1 on the iTunes Country Albums Chart and has tallied over 1
million tracks sold to date – Lynch’s hotly-anticipated follow up, CURRENT MOOD,
arrived September 8. Produced by Brent Anderson, Mickey Jack Cones,
Ross Copperman, Zach Crowell, and Will Weatherly, the boldly adventurous
project features the GOLD-certified, #1 singles “Seein’ Red” and “Small
Town Boy,” and aims to push the envelope of Country music even further.
Realizing his longtime dream of creating a fashion line, Lynch has also
branched out to launch Stay Country. The line of accessibly-priced
men’s and women’s shirts, hats, and accessories, all emblazoned with the
distinctive Stay Country logo, can be found online at www.staycountryclothing.com.