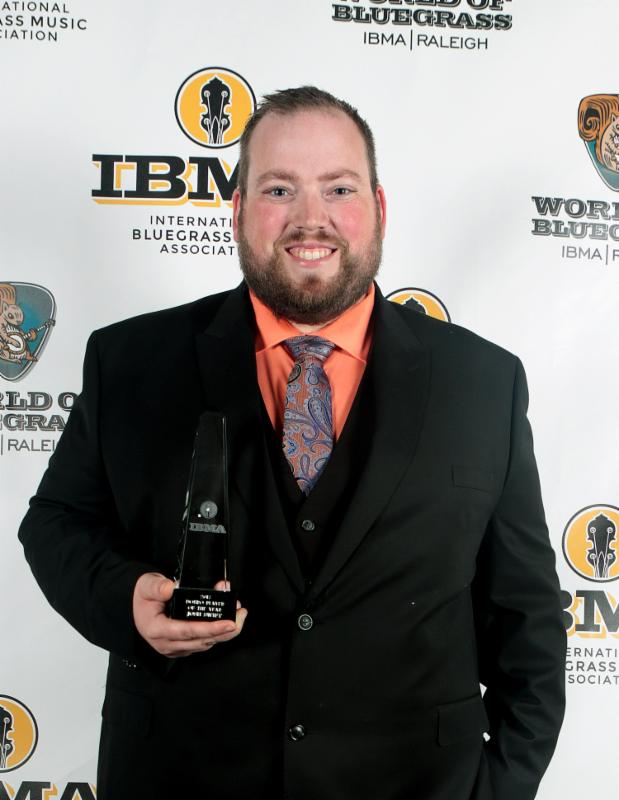 Swift, a 31-year-old Tennessee native who has been with DLQ for 10 years, says of his win,
“I told my wife that if I walked out there to accept that award, I’d
pass a pig flying by.  I am stunned, overwhelmed, and humbled to even be
considered on that list with four of my heroes.”

It was a busy evening for the group. DLQ opened the evening’s entertainment with a performance of “Derailed,”and Doyle shared presenting duties with the lovely Claire Lynch for both the Song of the Year and Album of the Year awards.

DLQ is currently riding high with the 12-track wonder LIFE IS A STORY.  The August release debutedat # 6 on the Billboard Bluegrass Albums Chart, is currently at # 10 on the Roots Music Report Bluegrass Weekly Chart.  The current single, “Life To My Days,” is # 3 on the weeklyBluegrass Today Chart  and  # 16 on the monthlyBluegrass Todaychart. The band’s last two albums (IN SESSION, BURDEN BEARER) received Grammy nominations in 2016 and 2017, respectively.