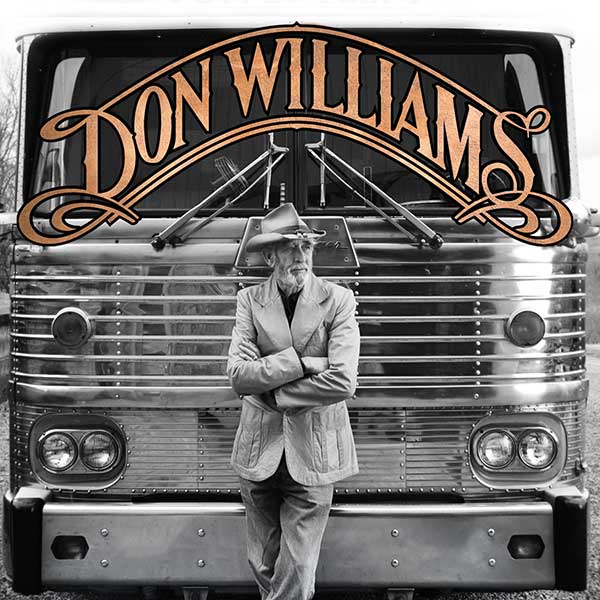 Don Williams’ Original Tour Bus And Other Key Memorabilia To Be On Display At Symphony Premiere In Nashville Oct. 31 – Nov. 2

Don
Williams’ illustrious career generated a total of 17 #1 Hits and 38 Top
5 Hits on Billboard’s Hot Country Charts. 2019 also marks the 40th
anniversary of his #1 hits “It Must Be Love” and “Love Me All Over
Again.” He was inducted into the Country Music Hall of Fame in 2010, and
was best known for his straightforward, yet smooth bass-baritone voice
and soft tones which earned him the nickname The Gentle Giant of Country
Music. As many of Don’s accolades landed him in the history books, so
will the premiere of Don Williams: Music & Memories of The Gentle Giant which
takes its residency at Nashville’s famed Schermerhorn Symphony Center
for three nights starting October 31 and will reflect on the Country
Music Hall of Fame members music, accompanied by the Nashville Symphony.

Music enthusiasts attending the first-ever screen show using Don’s
original vocals, original video footage from around the world, and
accompanied by his original touring band with The Nashville Symphony
will also get to see some personal artifacts that took Don to his place
in Country Music history. On display at The Schermerhorn Symphony Center
will be Don’s 1971 MCI tour bus, ‘Gypsy Lady’, which carried Don from
show to show for many years until his retirement. In addition, inside
the venue, ticketed patrons can view the medallion presented to Don as
he was entering the Country Music Hall of Fame, his legendary cowboy hat
and jean jacket along with Gold records and a few of his most
recognizable guitars.

“As we are getting closer to this show, the more exciting it is
becoming,” says Don’s longtime manager Robert Pratt. “I have been
viewing the video footage and listening to the vocal tracks and it truly
is remarkable what I am witnessing. It’s like Don is still on stage!
Keith Urban has recorded a video too and does a terrific job helping
explain what the audience will be seeing. Then when I think of the guest
artists that have agreed to come sing a song of Don’s, I am just blown
away. I can’t wait for people to experience what I have in putting this
all together.”

Tickets for these shows are on sale via Ticketmaster and are also
currently available with Nashville Symphony season ticket packages at NashvilleSymphony.org, 615-687-6400 or the Schermerhorn Symphony Center box office.

Subsequent moves to Capitol Nashville and RCA kept Williams o n the
charts into the 1990s, as he continued to play for huge crowds on the
road. His success in the United States is well-documented, but the music
of Don Williams has made him an international star – with followings in
such places as Africa, England and New Zealand. He has placed 52
singles in the top-40 on the Country charts in the United States, with
17 going all the way to the top spot. Williams was a member of The
Country Music Hall of Fame and The Grand Ole Opry. Williams appeared in
the films W.W. and the Dixie Dancekings and Smokey & The Bandit II with Burt Reynolds.