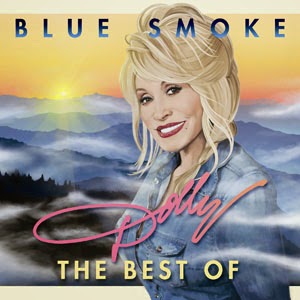 Dolly Parton Strikes Gold With Blue Smoke – The Best Of

London, UK – Dolly Parton earns, yet, another sales award as her 42nd studio album, Blue Smoke – The Best Of, has been certified Gold by the BPI and remains #3 on the official UK chart in its sixth week of release.

“Dolly could not be any happier,” says Dolly’s manager Danny Nozell,
CEO CTK Management.  “She has worked very hard over the past several
years to create the momentum that we have going.  Everyone at Dolly
Records and Sony Music has done an outstanding job with making Dolly’s
new music available and the sales prove it.”

Blue Smoke – The Best Of, includes her latest studio album Blue Smoke
featuring “Home”, “Blue Smoke” and new duet with long- time
collaborator and friend Kenny Rogers and even a Bon Jovi cover!
Alongside her greatest hits on disc 2 featuring the classics such as
“Jolene”, “9 to 5”, “Islands in the Stream”, “Little Sparrow”, “Here You
Come Again” and “I Will Always Love You” plus many more.

“Blue Smoke – The Best Of is officially Gold in the UK,
which is a massive achievement for Dolly Parton and the team,” says Faye
Donaldson, Sr. Marketing Manager/Sony Music.  “The response to Dolly
after her Glastonbury performance has been amazing and having new music
available at the same time has created a reaction that I’ve never seen
before.  It’s been just perfect.”

In addition, Dolly’s previous studio album Better Day, which was released in 2011, has been certified Silver.

About Dolly Parton:
Dolly has achieved 25 RIAA certified gold, platinum and
multi-platinum awards, she has had 25 songs reach number 1 on the
Billboard Country charts, a record for a female artist.  She has 42
career top 10 country albums, a record for any artist, and she has 110
career charted singles over the past 40 years.  All-inclusive sales of
singles, albums, hits collections, paid digital downloads and
compilation usage during her Hall of Fame career have topped a
staggering 100 million records worldwide. She has garnered 7 Grammy
Awards, 10 Country Music Association Awards, 5 Academy of Country Music
Awards, 3 American Music Awards and is one of only five female artists
to win the Country Music Association’s Entertainer of the Year Award.