DOLLY PARTON ON THE VOICE 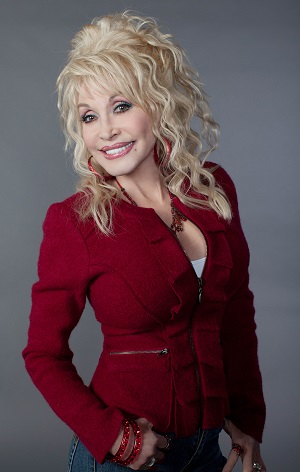 
UNIVERSAL CITY, Calif. (December 1, 2015) – Country music legend Dolly Parton will perform one of her most personal and beloved songs, “Coat of Many Colors,” on the Tuesday, Dec. 8 (8-9 p.m.) live telecast of NBC’s Emmy Award-winning musical competition series “The Voice.”

Also taking the stage will be country star and “Voice” season three
champion Cassadee Pope, who will perform her latest single, “I Am
Invincible.”

Parton will mentor this season’s semi-finalists and share with them
her infinite knowledge as a music industry trailblazer and icon.

Parton, whose career has spanned six decades, is the most honored
female country performer of all time. Achieving 25 RIAA certified gold,
platinum and multi-platinum awards, she has had 25 songs reach #1 on the
Billboard Country charts, a record for a female artist. She has 41
career top 10 country albums, a record for any artist, and she has 110
career charted singles over the past 40 years. All-inclusive sales of
singles, albums, hits collections, paid digital downloads and
compilation usage have reportedly topped a staggering 100 million
records.

The remarkable upbringing of the iconic artist will be portrayed in
NBC’s two-hour movie “Dolly Parton’s Coat of Many Colors” on Thursday, Dec. 10 at 9 p.m.
The film is set in the Tennessee Great Smoky Mountains in 1955. It is
neither a biopic nor musical about Dolly’s whole life and performing
career, but rather a family-oriented faith-based story about the
incidents in her and her family’s life around the time she was 9 years
old.

More information on Dolly Parton can be found at dollypartonentertainment.com.

Cassadee Pope’s debut solo country album, “Frame by Frame,” debuted
at #9 on the Billboard 200 and #1 on the Top Country Albums charts. Her
debut single, “Wasting All These Tears,” sold more than a million copies
— a feat that ranked her as one of the select few solo female artists
to garner platinum certification with a first release.

After a moving performance at the Special Olympics this summer Billboard has already touted “I Am Invincible,”
as a “self-empowerment anthem…” Since winning season three of “The
Voice,” Pope has toured with superstars Tim McGraw and Rascal Flatts and
performed at major racing events such as Daytona 500 and Brickyard 400.
She was also touted the CMT’s Next Women of Country, and won the 2014
CMT Music Awards’ Breakthrough Video of the Year.

So far this season, the Monday and Tuesday editions of “The Voice”
are averaging a 3.7 rating, 12 share in adults 18-49 and 13.3 million
viewers overall, according to “most current” results from Nielsen Media
Research through the season’s opening nine weeks, to lead NBC to #1
ranking among the broadcast networks on both Monday and Tuesday nights.
“The Voice” is television’s #1 alternative series this fall in every key
ratings measure – adults, men and women 18-34, 18-49 and 25-54, plus
total viewers.

“The Voice” is a presentation of United Artists Media Group (an MGM
company), Talpa Media USA Inc. and Warner Horizon Television. The series
was created by John de Mol, who serves as executive producer along with
Mark Burnett, Audrey Morrissey, Lee Metzger and Jay Bienstock.