LARRY’S COUNTRY DINER SERVES UP SOME HEAT THIS JANUARY WITH PERFORMANCES BY DEANA CARTER, CHARLIE MCCOY AND MOUNTAIN FAITH

NASHVILLE,
Tenn. (January 15, 2015) – Few things soothe the soul in the bitter
cold of winter quite like a warm home-cooked meal, a comfy chair in
front of the tube, and a great line-up of music and comedy from some of
country and bluegrass’s most acclaimed performers. Join Larry Black, Keith Bilbrey and all the gang on “Larry’s Country Diner,” on
RFD-TV network as they heat up January with a giant helping of great
food, music, and laughter from from of Nashville’s biggest stars. This
month, the star-studded list of guest performers includes “Strawberry
Wine” hit-maker and accomplished singer/songwriter Deana Carter, long-standing Nashville musician Charlie McCoy and up-and-coming North Carolinian bluegrass band, Mountain Faith.

Produced by Gabriel Communications, and taped in the
heart of Music City, “Larry’s Country Diner” draws over 1.5 million
loyal viewers each month on RFD-TV, and regularly earns top primetime
ratings for viewership within the age demographic of 50+ [Nielsen].
The unique, down-home variety show integrates interviews and music in a
can’t-miss weekly format, taped LIVE in front of a studio audience in
the intimate setting of an old-fashioned diner. Fans have grown so
passionate about the show in its 17 years of broadcast, that it upholds
multiple-year waiting lists for fans to be a part of the show’s LIVE
studio audience. To inquire about getting on the waiting list to see a
taping on your upcoming trip to Nashville, visit http://www.larryscountrydiner.com/tickets.

Coming up in January, beginning this weekend, catch these special guests on “Larry’s Country Diner” on the RFD-TV network: 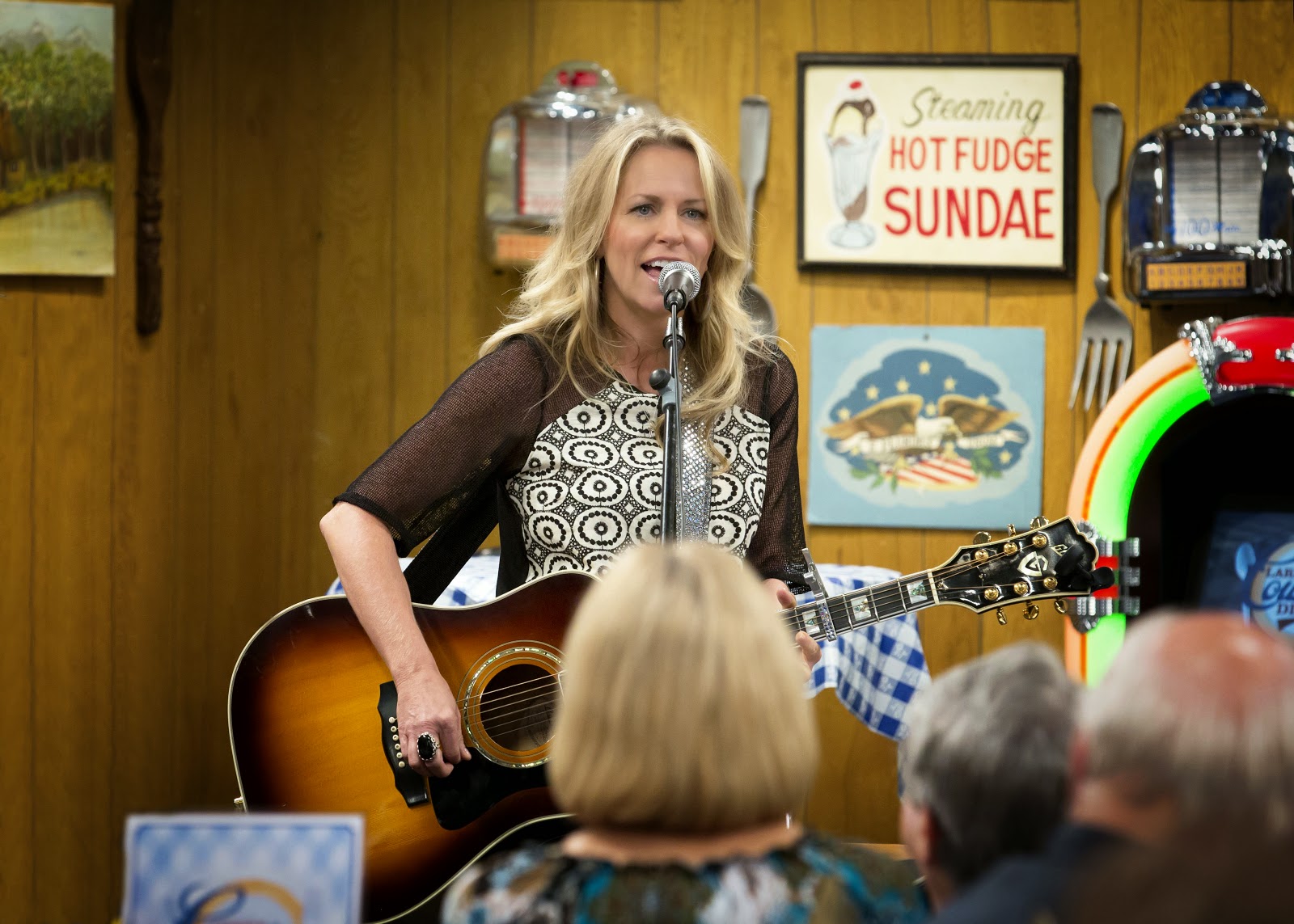 Fan-favorite singer, songwriter and producer, Deana Carter, took the country music industry by storm with the release of her multi-platinum international debut, Did I Shave My Legs For This?, featuring
her top-selling hit “Strawberry Wine,” more than ten years ago. Today,
she is gearing up for the release of her new album, Southern Way of Life, after
recently celebrating a songwriting chart-topper and ACM/CMA/GRAMMY
“Song of the Year” nod in Kenny Chesney’s “You & Tequila,”
co-written with Matraca Berg. Having grown up the daughter of renowned
studio guitarist and producer Fred Carter, Jr., Carter’s musical style
was influenced by the likes of Willie Nelson, Bob Dylan, Waylon Jennings
and Simon & Garfunkel, with whom her father worked. Often compared
to artists like Mary Chapin Carpenter and Sheryl Crow, Carter embraces a
country-pop musical style weaved with autobiographical songwriting. 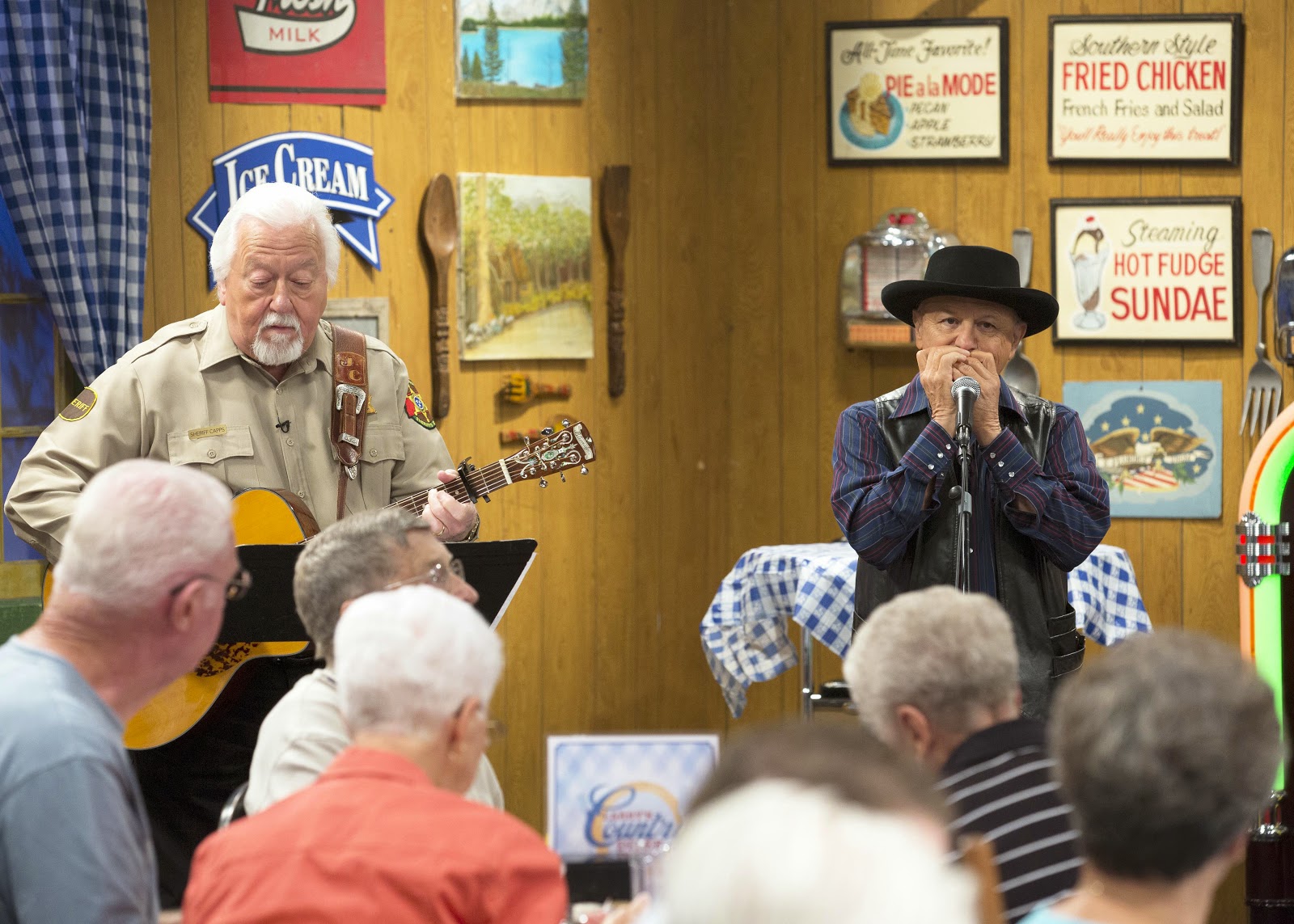 A dignitary in music since the 1960s, Charlie McCoy has
played on a multitude of hit records including Elvis Presley, Simon
& Garfunkel, Johnny Cash, Bob Dylan, Roy Orbison and many more.
Widely-known for his unparalleled harmonica skills, he has released more
than 24 albums over the past 30 years, and is known all over the world —
from Japan and France, to Europe and Denmark. He also served as the
musical director of the legendary and beloved syndicated television
series, “Hee Haw,” and in 2009, it was announced that he would be
inducted into the Country Music Hall of Fame. Today, McCoy still
continues to tour around the globe and perform in studio sessions on
some of Nashville’s biggest hit albums. 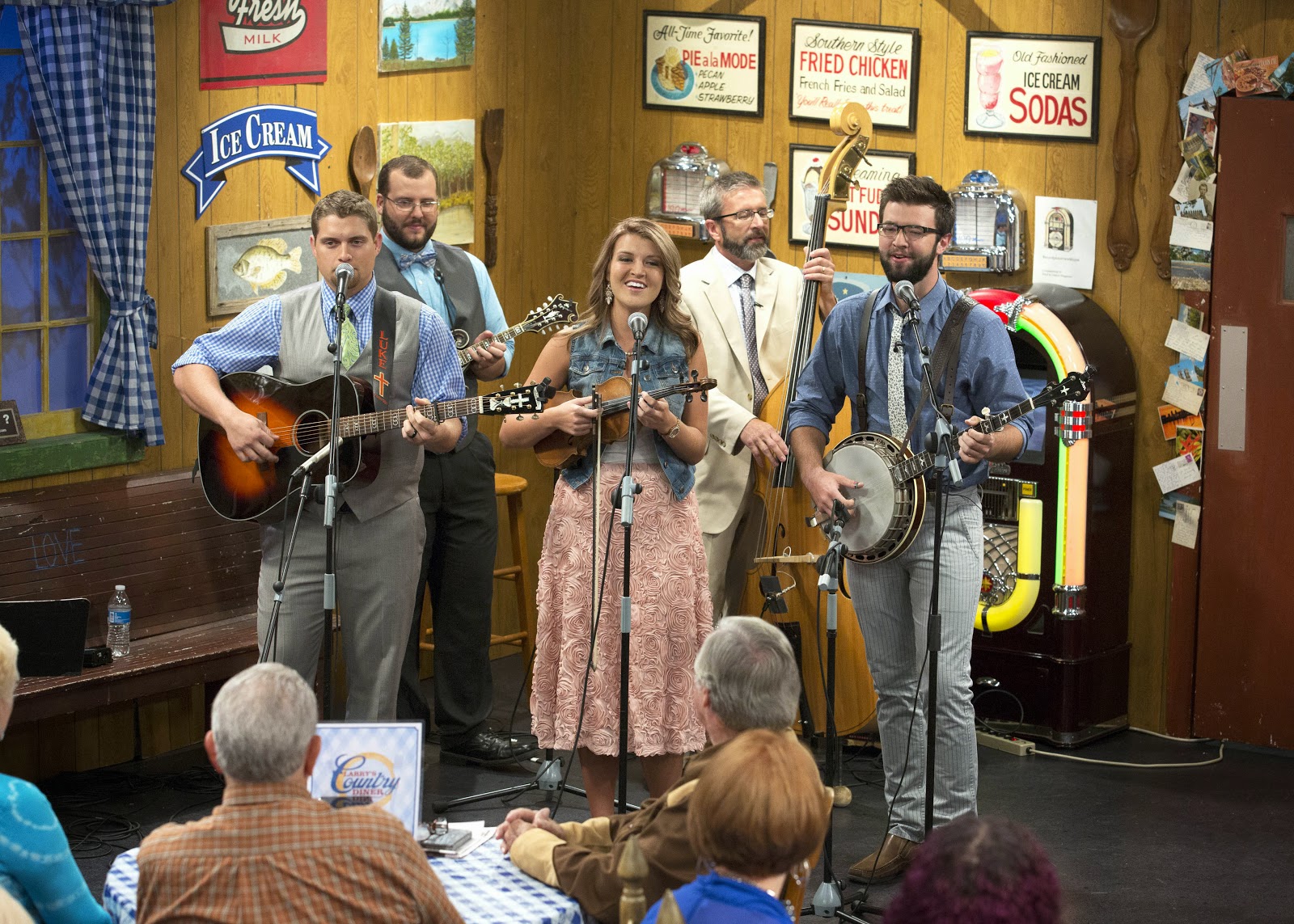 Mountain Faith, hailing from the mountains of Sylva,
NC, has been singing and traveling together for 14 years. Possessing a
unique style that offers a variety of genres of music, including
contemporary bluegrass, classic/modern country, folk,
acoustic/contemporary gospel, as well as rhythm and blues —  this band
leaves a lasting impression on audiences of all ages. Having frequented
Dollywood over the years, they have built up a solid fan base and tour
throughout the U.S. and Canada performing at festivals, arenas and
auditoriums from state to state.

ABOUT “LARRY’S COUNTRY DINER”
“Larry’s Country Diner” is a unique down-home variety show which
integrates interviews and music in an entertaining weekly format, taped
LIVE in front of a studio audience in an old-fashioned diner setting.
The show features regular characters including Larry Black, Keith
Bilbrey, Sheriff Jimmy Capps, Waitress Renae and avid church gossip,
Nadine, along with special guest appearances by country music artists of
yesterday and today. Since its initial airing on August 3, 2009,
“Larry’s Country Diner” has produced over 100 episodes and has become
one of the most popular shows on RFD-TV, garnering 1.5 million viewers
monthly.  For more information, please visit www.larryscountrydiner.com.

“Larry’s Country Diner” is a product of Gabriel Communications. Owned and operated by longtime disc jockey Larry Black,
Gabriel Communications was created in 1996 and specialized in “Reunion”
videos. The success of these videos spurred the creation of more than a
dozen more “Country’s Family Reunion” projects, featuring hundreds of
songs and stories as well as Country’s Family Reunion News, a monthly newspaper which highlights the music of yesteryear.