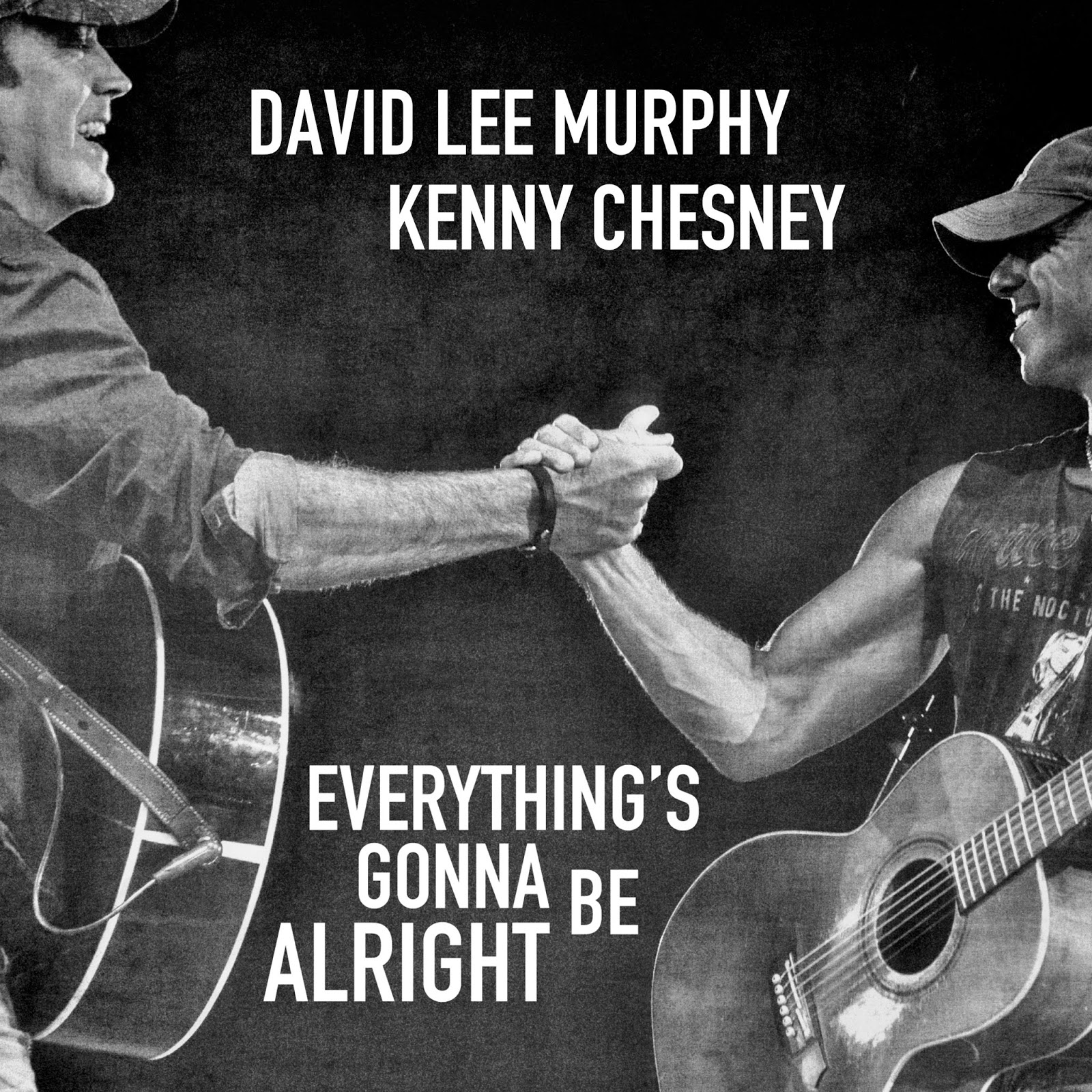 NASHVILLE,
Tenn. —   It’s been a long time since David Lee Murphy went to country
radio, but that doesn’t seem to be slowing down the man Kenny Chesney
calls “the Original Hillbilly Rock Star.” With “Everything’s Gonna Be Alright”
arriving at country radio, the man known for the No. 1s “Party Crowd”
and “Dust on the Bottle” scores the week’s No. 1 Most Added Song.

“It’s crazy, but it’s awesome,” says Murphy. “We all believed in this
song. Heck, Kenny came in and sang on it with me – because it felt
so good. When we listened to the playback, we thought we had something.
Hearing we had 50 stations, it lets you know people do hear what you
hear.”

“When David Lee sent me the song,” Chesney offers with a laugh, “it was
such a great groove, it hooked me immediately. But what it says – and
how it said it – is one of those sentiments for the times. We can all
benefit from slowing down and trying to break the momentum, trust the
universe and let go of what’s got a hold of us.”

Evidently, country radio shares the sentiment. Fifty radio
stations across America took the lead, adding “Everything’s Gonna Be
Alright” to their playlists – and making the gently churning song that
features both Murphy and Chesney the most added record in the nation
this week.

“It feels good,” the songwriter from Southern Illinois says. “To know my
music is hitting that kind of place in people’s hearts… That’s the
reason I write these songs: to make people feel something about their
life. So the response is everything I could hope for, and I am so
grateful to the Reviver Records team for believing, and to country radio
for letting this music be heard. That’s how the dots get connected.”

Working a groove that shuffles, a pre-chorus that ambles and just enough
reggae lift in the chorus, “Alright” suggests the solace of seeking
balance to get through what life hands you. With crushing news cycles,
an ever-quickening tech universe and increasing workloads, “Alright” is a
classic exhale from the man who’s penned hits for Chesney, Jason
Aldean, Blake Shelton, Thompson Square, Gary Allen and many others.

“You watch the news, it’s rough,” Murphy says. “You can get caught in
that, or step back and trust life. Sometimes, a deep breath changes
everything.”

Capturing the rush of being alive, the hardcore work ethic of country fans and a desire that quickens the pulse, Murphy’s No Zip Code,
co-produced by Chesney, Buddy Cannon (Willie Nelson, Alison Krauss,
Merle Haggard) and Murphy, is coming soon. And this duet is the first
taste, marking a big return to country radio. With 50 stations so far,
“Everything Is Gonna Be Alright” is alright, indeed.