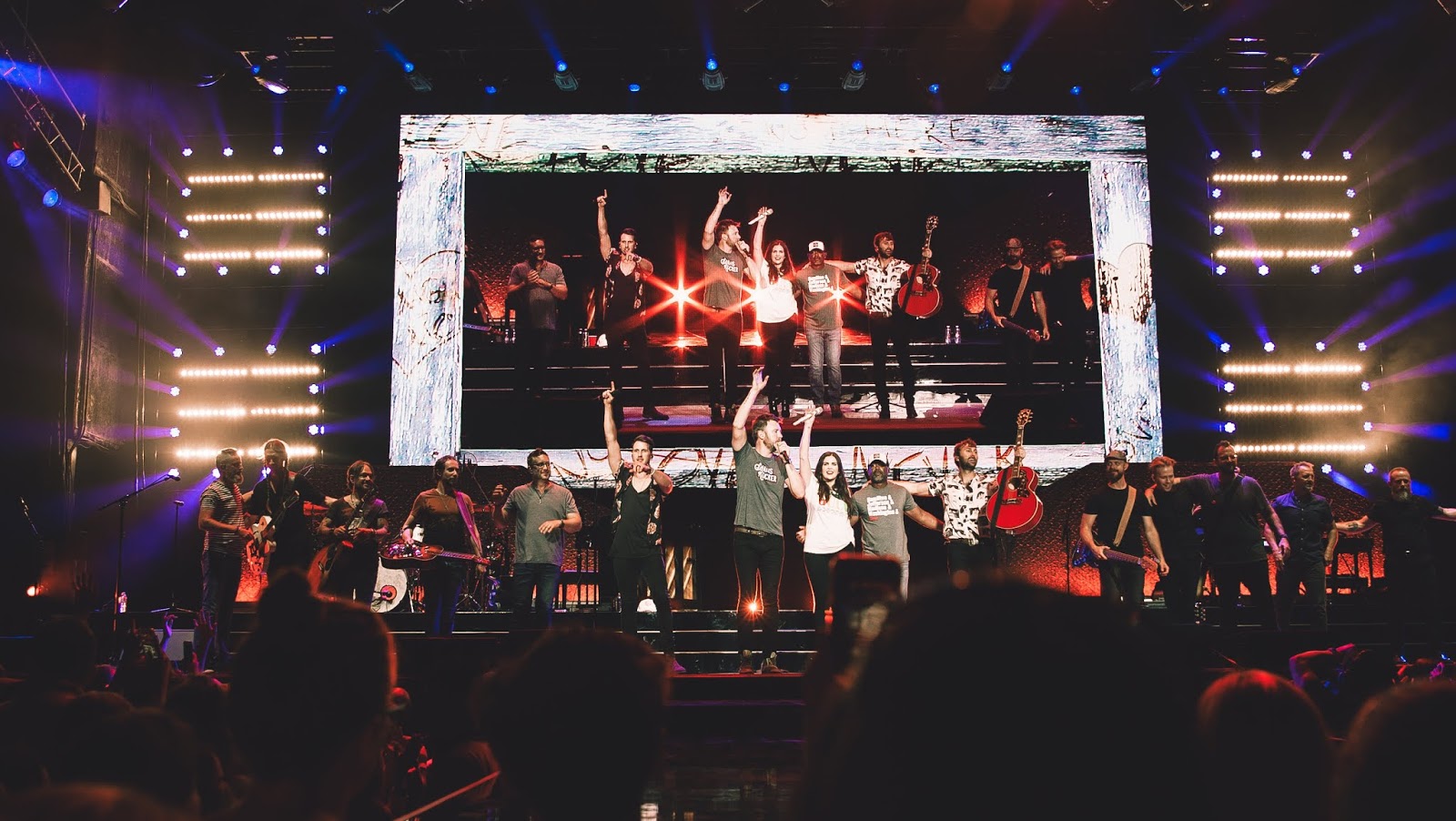 SUMMER PLAYS ON TOUR WITH A BEHIND-THE-SCENES LOOK

“One of the Biggest Country Pairings of the Summer” Bind Together

NASHVILLE,
Tenn. – Jul. 24, 2018 – After years of friendship and months of
preparation, three-time GRAMMY award-winner Darius Rucker and seven-time
GRAMMY award-winning trio Lady Antebellum launched their co-headlining SUMMER PLAYS ON TOUR this
past weekend to a defeaning welcome in Toronto, ON (7/19) and Cuyahoga
Falls, OH (7/20). “With one of the biggest mainstream country pairings
of the summer” (The Plain Dealer) it was “hard to imagine whose having more fun at the show – the fans or the acts on stage” (Cleveland Country Magazine) with a playlist-worthy set spanning over 20 No. One hits between the two. Today, PEOPLE.com
shares an exclusive behind the scenes photo gallery highlighting Rucker
and Lady A’s opening weekend as the run continues thrilling audiences
across the U.S. all summer long.

“Charles, Hillary and Dave have been such good friends to me over the
years – we even toured together once before during the summer of 2012,”
explained Rucker. “It’s always exciting to be out on the road with our
fans, but I knew it would be even more special with Lady Antebellum
being part of the tour too. If the rest of the shows are as much fun as
this past weekend, we’re in for a great summer!”

“We’ve been itching to get back on the road with Darius for a while now
and we couldn’t have asked for a better opening run,” said Lady A’s Dave
Haywood. “You could just feel the energy between all the bands, crews
and fans. The crowds made a lasting impression on us and we can already
tell there are a lot of memories to be made this year.”

For a behind-the-scenes look at the launch of the SUMMER PLAYS ON TOUR exclusively through PEOPLE.com, click here: https://bit.ly/2LHwprP

Rucker took the stage first, bringing fans to their feet with
chart-toppers such as “Alright” and recent No. One “For The First Time”
before Charles Kelley of Lady Antebellum joined him for their
collaborative “Straight To Hell,” the current single off Rucker’s latest
album, When Was The Last Time. Lady Antebellum continued the musical
celebration with hits of their own, including 6x PLATINUM hit “Need You
Now” and current Top 15-and-climbing single “Heart Break,” with both
acts uniting for a group encore that included a lively singalong of
Rucker’s Hootie & the Blowfish classic “Hold My Hand.”

In addition to the critically acclaimed co-headliners, Triple Tigers
Records newcomer Russell Dickerson opened the show with a punch of
energy, treating fans to a dynamic set which included his chart-topping
power ballad “Yours.” After wrapping the first weekend of the SUMMER
PLAYS ON TOUR, Rucker and Lady A parted ways as the trio headlined the
Darien Lake Amphitheater in Darien Center, NY (7/21) and from “the lawn
to the front row, a crowd jammed into the venue” (Buffalo News). Rucker
reunited with his Hootie & the Blowfish bandmates for a one-night
only performance in Atlanta, Ga. The tour continues Thursday (7/26) in
Bethel, N.Y. at the site of the famed Woodstock festival, with 29
additional dates through October.

The multi-PLATINUM trio provide an empowering call of independence
through their latest Top 15 and climbing single “Heart Break,” serving
as the title track from their No. One selling sixth studio album.
Providing “a bedrock for the entire record” (Paste) as “Hillary Scott takes satisfaction in feminine independence” (NPR) with “a touch of darkness and a clever play on words” (Rolling Stone), the current release follows more than 18 million album units, nine No. One hits, ACM and CMA “Vocal Group of the Year” trophies three years in a row and countless other honors including seven GRAMMY awards, Billboard Music Awards, People’s Choice Awards and Teen Choice Awards. For more information visit www.ladyantebellum.com.

Rucker first attained multi-Platinum status in the music industry as the lead singer and rhythm guitarist of GRAMMY
award-winning Hootie & the Blowfish. Since releasing his first
country album in 2008, he has celebrated four summits to the top of
the Billboard Country albums chart and earned a whole new legion of
fans. In 2014, Rucker won his third career GRAMMY award for
Best Solo Country Performance for his 4x PLATINUM selling cover of Old
Crow Medicine Show’s “Wagon Wheel,” off his album True Believers. Rucker’s first two country albums, Learn To Live and Charleston, SC 1966, produced
five No. One singles including “Come Back Song,” “This,” “Alright,” “It
Won’t Be Like This For Long,” and “Don’t Think I Don’t Think About
It.” Southern Style, his fourth studio country album, featured
his seventh No. One single “Homegrown Honey,” co-written by Rucker,
label mate Charles Kelley of Lady Antebellum, and Nathan Chapman.
Rucker’s latest album on Capitol Records Nashville, When Was The Last Time, features
“If I Told You” and “For The First Time,” his eighth and ninth No. Ones
on country radio, as well as current single “Straight To Hell,” a
re-imagining of the Drivin’ N Cryin’ classic featuring Jason Aldean,
Luke Bryan and Charles Kelley. For more information, visit www.dariusrucker.com or follow on social media @DariusRucker.